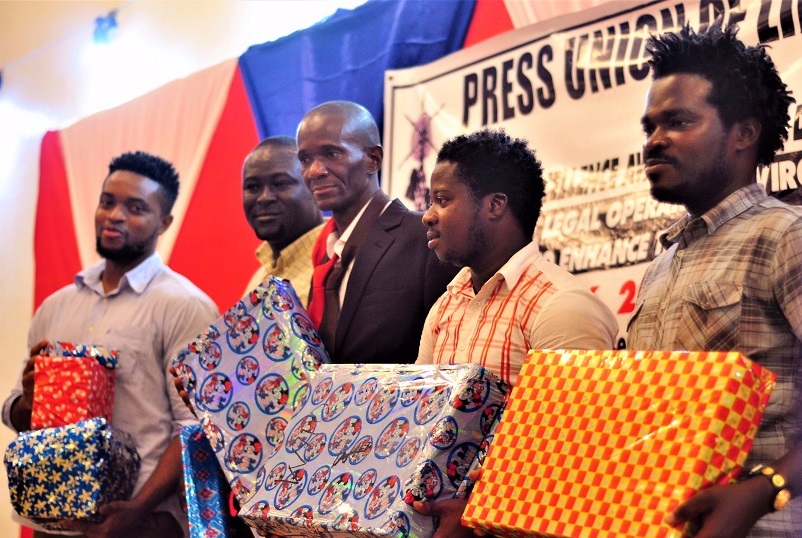 On Friday, June 16, the Press Union of Liberia presented five awards during its annual award dinner for reports published in The Bush Chicken.

The five awards out of the total of twelve given out during the night meant that The Bush Chicken won the most awards of the night.

Zeze Ballah won the Health Reporter of the Year award for a piece that attempted to explain Liberiaâ€™s surprisingly high life expectancy, compared to its neighbors. Ballah interviewed E. John Ly, a medical doctor at Last Mile Health, to understand why even though Liberia spends less than half on health care per capita than Cote dâ€™Ivoire and Sierra Leone, the countryâ€™s life expectancy of 61.4 years is greater than that of Nigeria (54.5), Gambia (61.1), Togo (59.9), Zimbabwe (60.7), Cote dâ€™Ivoire (53.3), Guinea (59.0), and Sierra Leone (50.1).

Ballah also won a prize he took in 2016, the Photojournalist of the Year award. This time, he won for a report he did on the difficulty in traveling to the southeastern region during the rainy season. Ballah documented dangerous bridges and huge holes in the middle of the road that created a hazardous condition for travelers.

The other reporter who won for articles published in The Bush Chicken was Gbatemah Senah, who took home three awards â€“ more than any reporter.

For the Womenâ€™s Rights Reporter of the Year category, Senah wrote on the challenges faced by Liberian women while traveling in public transportation. His article explored findings and recommendations conducted by ActionAid on womenâ€™s experiences with public transport in three cities â€“ Dhaka in Bangladesh, Abuja in Nigeria, and Sao Paulo in Brazil.

Senah also won the Land Rights Reporter of the Year award for writing on citizensâ€™ frustrations with lawmakers for not passing the Land Rights Act. The act would reform laws that put farmers at a disadvantage and did not respect customary laws on land.

Another key article that Senah wrote revealed that lawmakers were willingly avoiding using an electronic voting system that was meant to create more transparency by allowing citizens to track lawmakersâ€™ votes. Lawmakers in both chambers continue to vote based on yeas and nays. This won Senah the Legislative Reporter of the Year award.