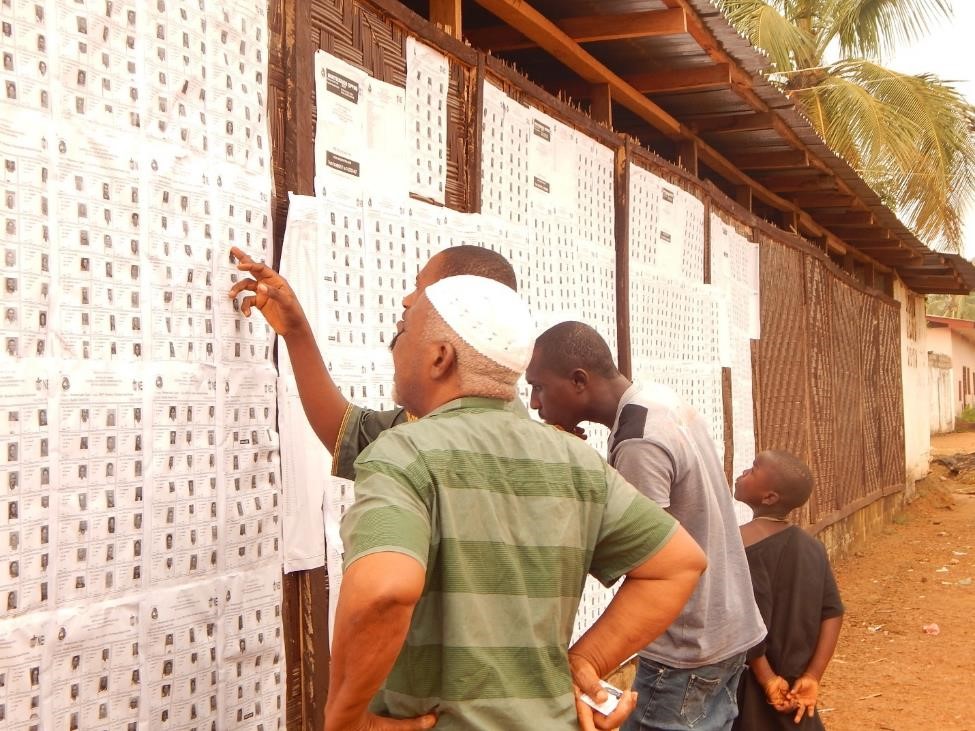 MONROVIA, Montserrado â€“ With two days until the runoff election and all Supreme Court cases now resolved, the major question on the mind of voters is how prepared the country is for the December 26 election.

The chairman of the National Elections Commission, Jerome Korkoya, has expressed the commissionâ€™s preparedness to go ahead with the elections as planned.

Korkoya disclosed last week that NEC had worked with experts from the regional body ECOWAS to clean up the disputed final voter registration roll. He assured the public that NEC would have completed the distribution of hard copies of the documents to all magisterial offices and voting centers for viewing by voters.

He told a press conference in Monrovia that NEC had identified 488 identification numbers that were duplicated and shared by 900 voters. He blamed the error on the printing company, although the cards were printed at voter registration centers in Liberia.

â€œThese numbers were as a result of errors from the printing company abroad. That means they printed one number twice or thrice,â€ he said.

Meanwhile, as part of the mandate by the Supreme Court for NEC to clean the voter roll, Korkoya disclosed that 420 of those who shared the duplicated identification numbers have been given new voter cards and would also now be allowed to vote. He placed the current total number of eligible registered voters at 2,183,268.

In the ruling into the Liberty Party case on complaints filed to NEC for alleged electoral fraud and violation of the election laws, the Supreme Court ordered NEC to conduct the runoff presidential election. However, the court mandated that the election body first clean up the voter registration roll by removing double registrants and duplicated ID numbers. The court also required that NEC share the new list with political parties and post them at the 19 election magisterial offices and all voting centers across the country.

The court also mandated the commission to avoid making comments that would prejudice issues before the court. Along this line, communications director Henry Flomo was also charged for contempt of court for declaring that the final voter roll was clean and ready for the December 26 election while the matter was still before the court. Flomo was ordered incarcerated for 72 hours and fined US$500.

The court also directed NEC to allow only those names on the final voter registration roll to vote in the runoff. Liberty Partyâ€™s complaint had uncovered that election workers were allowing people to vote if they carried a voter card, but their names could not be found on the final voter registration roll. Korkoya said training of poll workers had now been concluded across the country, in line with the Supreme Courtâ€™s mandate.

Meanwhile, the Supreme Court has also denied Unity Partyâ€™s request for a stay order until NEC has completed implementing all the courtâ€™s mandates.

The Elections Coordinating Committee, a local nonpartisan citizen observation group that seeks to promote participation and credibility in the election, flagged the importance of a credible voter roll.

The Elections Coordinating Committee, which provided the highest number of local observers to monitor the October 10 elections, said despite the significant level of work done on the final voter roll, it is concerned about the rights of those whose names were not on the initial voter roll.

The groupâ€™s coordinator, Oscar Bloh, told The Bush Chicken that if NEC follows the mandate of the court on who should vote in the election, people whose names were missing from the initial list would not vote.

â€œWe do not know the actual number of those whose names are not on the voter roll, but the situation is worrisome because we donâ€™t know how people in that category with valid voter registration cards are going to react on election day,â€ he said. His organization had observed that many names were not on the list but were allowed to vote during the October 10 election.

One of such voters is Princess Monday, a 29-year-old who said she obtained her voter card at the Kendeja High School in Paynesville. Monday told The Bush Chicken that she voted on October 10 after polling staff wrote her name in a book because it was not found in the final voter roll.

On Friday, she visited the polling center to check for her name after the cleaned voter list was posted. She said her name is still not there.

After following up with the NEC, she said election staff at the commissionâ€™s headquarters informed her after verifying from their system that her information was transferred to a center in Nimba. They took her voter card and promised to rectify the situation before election day.

She described the situation as disheartening: â€œI really want to vote to elect my president.â€

Another person who is affected by this situation is the outgoing representative of Nimbaâ€™s ninth district, Matenokay Tingban.

Tingban disclosed during a live interview on ELBC Radio that like the first round of the election, his name is still omitted in the current voter list being posted across the Nimba.

He joined calls seeking for the resignation of Korkoya as chairman of NEC, adding that the chairman does not mean well for the country. Tingban said Koykoyaâ€™s tenure at NEC has continued to produce controversies.

There are reports that information of registered voters who had their information on the voter roll during the first round of the election are now missing after NECâ€™s clean-up exercise. The Bush Chicken has, however, not been able to independently verify the claim.

The Liberian Senate has on two occasions recently invited Korkoya to explain the commissionâ€™s implementation of the Supreme Court mandate.