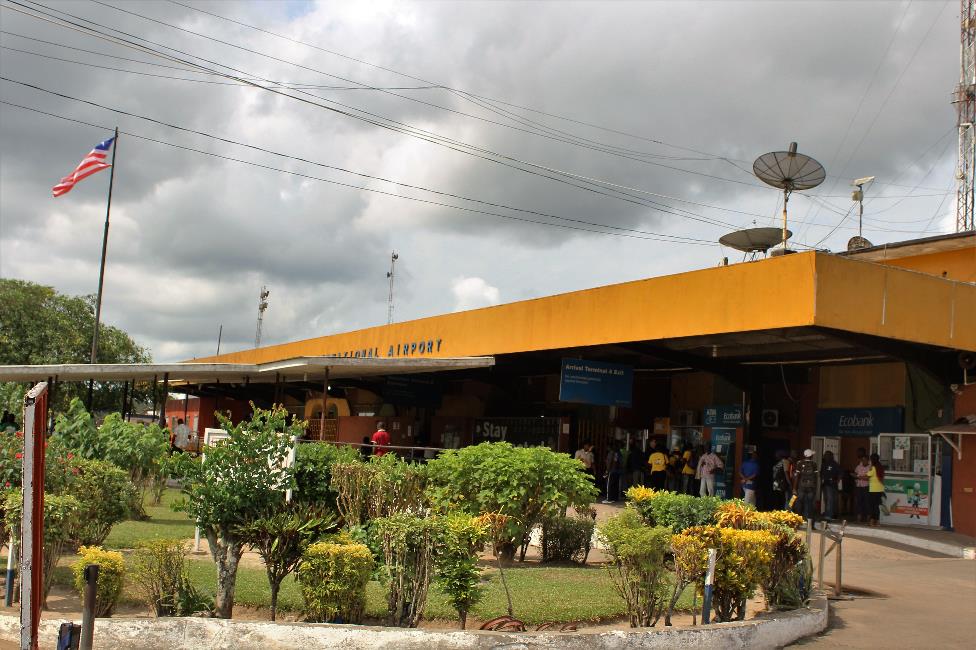 UNIFICATION CITY, Margibi – At the Roberts International Airport, families who are seeing off travelers will now find that security guards at the entry gate will prevent them from entering beyond the perimeter gate.

Non-ticket holders are no longer permitted to enter the airport facility with the exception of vehicle drivers dropping off passengers according to a security guard at the airport. This is one of the new rules that have been implemented by RIA and the Spriggs Payne Airport as a result of new security threats in the region.

Ebenezer Wilson, the Public Relations Officer for RIA, said the new measures were introduced at the airports by the Liberia Civil Aviation Authority.

“We’ve introduced a couple of new security measures. As you may be aware, there are changing global dynamics as it relates to airport security and Liberia has been a part of the comity of international airport organizations like ICAO, IATA, which decided to step up security measures. As a matter of fact,” Wilson explained. “Only people who have official business with the airport – traveling, coming to pick up somebody – we only allow those individuals in.” The measures came into effect on March 31st and are consistent with efforts across the region, including countries like Ghana where authorities have moved to decongest areas at the airport.

At RIA, Wilson said there would be random searches conducted by joint security forces including the airport’s internal security team in collaboration with the Liberian National Police. Much of the efforts are aimed at reducing the number of people entering the airport facility.

Further investigation of the security measures revealed that there were significant gaps that needed to be addressed.

A visit to RIA on Sunday, April 24 revealed that security measures were not being implemented uniformly. A press release from the organization did provide that “high profile” government officials could be exempt from the measures if they provided a 48-hour notice. Individuals in all government vehicles were allowed through the airport’s gate without any questioning or checks.

The single guard who was on duty at the gate at approximately 10:30am also solicited L$100 (US$1.11) as a bribe to allow the well-wishers of a traveler to enter. Additionally, a large group of individuals entered the gate on foot without any questioning.

Additionally, security personnel operated purely on an honor basis when determining which individuals were traveling. During three total hours of observation, guards never requested to see travel documents, as described in the press release from RIA.

In response to these allegations, Wilson said he would take note of these “isolated” incidents and ensure that they are taken care of.