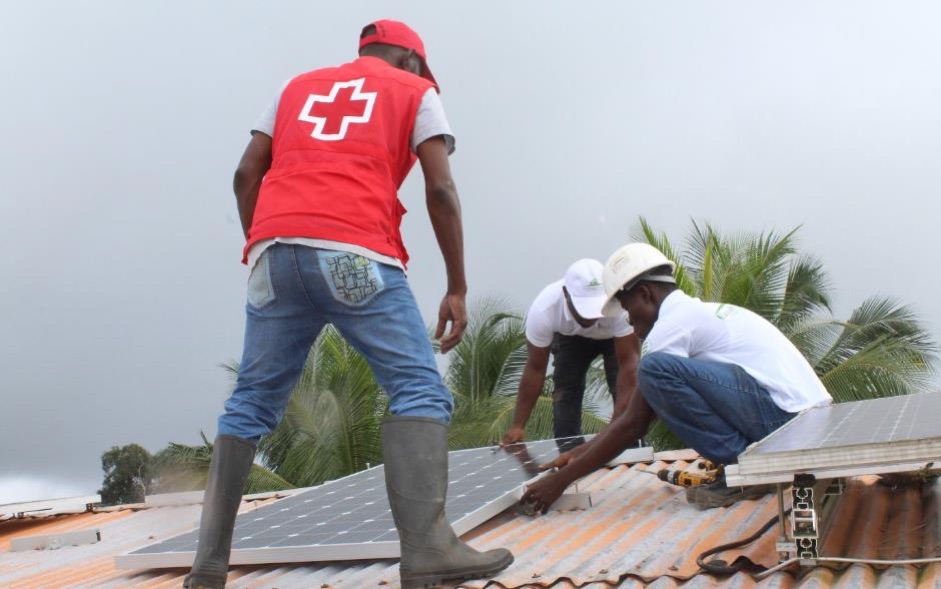 The installations are funded by the Bill and Melinda Gates Foundation under the Strengthening Communities Resilience through Epidemic Preparedness project.

In 2017, the International Federation of Red Cross first launched the project, with one of its highest priorities being to provide solar power to health facilities.

Ten primary health care facilities in Margibi, Bomi, and Montserrado benefited from the new solar panel installations, which will ensure that they meet critical health needs at night.

The delivery rooms of C.H. Rennie Hospital in Margibi and the Liberia Government Hospital in Bomi also received solar lights.

Across Liberia, the health sector is challenged by the lack of resources to operate properly, and many facilities lack fuel to run the generator at night. In the rural areas, the challenge is even more dire, due to the lack of an electricity grid outside Montserrado and a few other cities.

The acting secretary-general of the Red Cross, Ambullai Perry, said the installation of solar panels will help build stronger and more resilient health facilities that will be more effective and efficient in responding to emergency cases during the day and at night.

â€œWe want to ensure that the next child born in the local clinics will be born in a safe condition,â€ a Red Cross press release quoted him as saying. â€œWe are very grateful to our partner for this incredible support which makes us proud to complement the effort of the government in this endeavor.â€

The Red Cross says the vast majority of health facilities in rural Liberia have extremely limited or no access to electricity, which often means having to deliver a baby without lights.

Perry said the installations was part of the Red Crossâ€™ way of ensuring that Liberia continued to recover from the Ebola epidemic.

Leroy Maximore, the surveillance officer for Margibi, said organizations like the Red Cross have been complementing the governmentâ€™s effort to revamp the health sector, but there are still pressing challenges that need to be addressed.

â€œSince the beginning of this year, this county has had 15 maternal deaths and 50 neonatal deaths as a result of several factors, including lack of electricity and poor referral, among others,â€ he said.

â€œOne of our key challenges is lightening at our health facilities, especially in rural areas. Our staff, including midwives and nurses, use their phones or flashlights to conduct deliveries and respond to other maternal health cases and emergencies at night.â€

One of the clinics that benefited from the installations was the Yeaman Community Clinic in Margibi, which Maximore said had been in complete darkness prior to the donation.

â€œThis support will not only provide light, but it will help us curtail the number of neonatal deaths,â€ he said, noting that the lack of electricity makes it difficult to reduce or stop home deliveries in rural areas â€“ a key strategy by the Ministry of Health in reducing maternal and neonatal deaths. 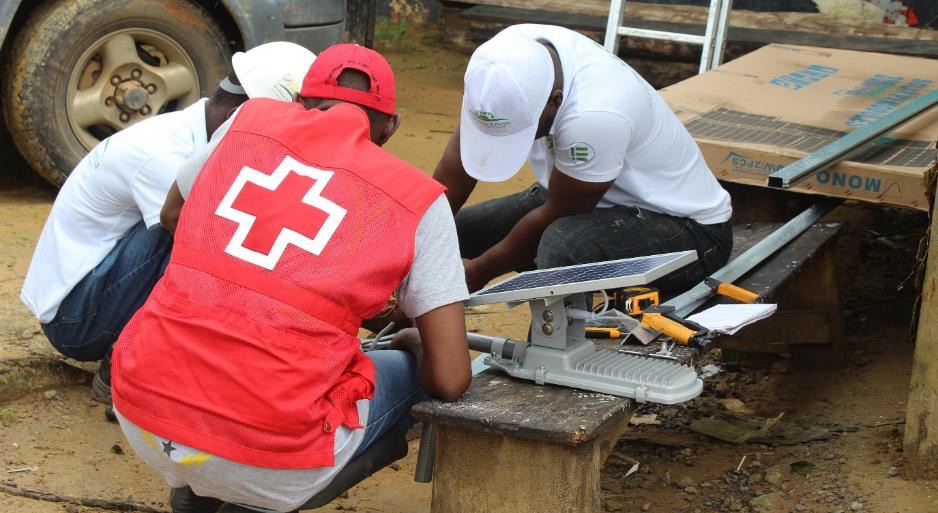 In 2017, the Liberian Red Cross also installed solar lights at 13 rural health facilities in Bomi with support from the Canadian Red Cross. The project has now reached 42 communities in 7 districts of Bomi (Dewoin and Klay), Margibi (Gibi and Mamba Kabba), and Montserrado ( Artington, Toddee, and Careyburg). In addition to the installations, the Red Cross has also provided cleaning tools and 12,320 bottles of devices that can improve water quality for rural residents. The Red Cross also conducted awareness campaigns about infectious diseases.