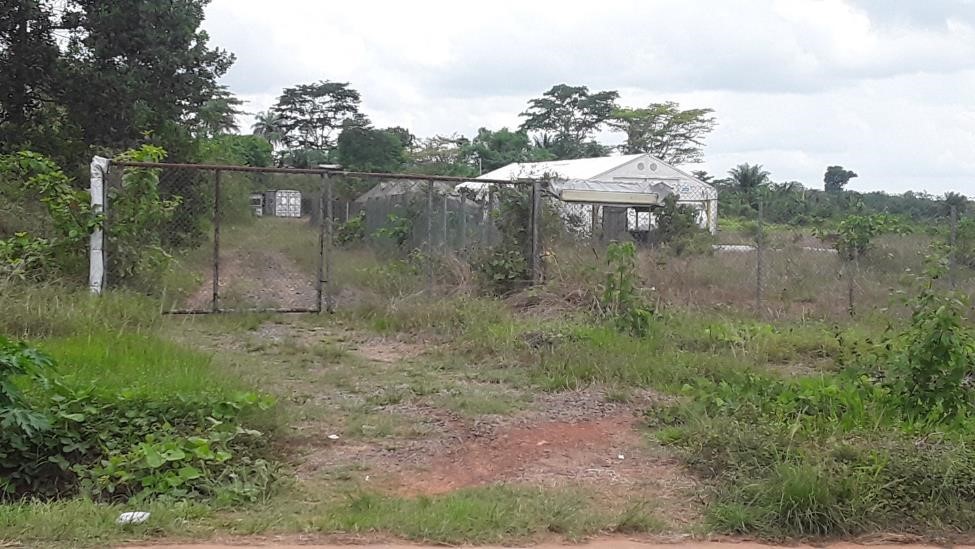 TAPPITA, Nimba â€“ Rep. Dorwohn T. Gleekia of Nimbaâ€™s sixth electoral district says he plans to engage the Ministry of Health to consider using the former Ebola Treatment Unit in Tappita as an isolation center during the fight against the Coronavirus pandemic.

During the 2014 Ebola outbreak, the Liberian government partnered with the American government to set up the unit in Tappita. Today, the structure is being used as a storage facility for the Jackson F. Doe Memorial Regional Referral Hospital. As the country experience another infectious disease outbreak, the structure remains in need of refurbishing to prepare it as an isolation center, should that become necessary.

On Friday, April 3, Gleekia vowed to partner with health authorities to prepare the unit. He also pledged to engage the Ministry of Public Works to intervene on the Ganta-Tappita road to enhance the fight against the Coronavirus during the rainy season. He noted that the poor state of the road could impede the free movement of ambulances taking patients to and from the Jackson F. Doe Hospital.

Gleekia has also become one of the numerous public figures donating sanitary materials. He began distributing materials on April 3 to towns in Kparblee Administrative District, Boe and Quilla Administrative District, and Gbear-Gblor chiefdom. Those items, bearing his name and image, were also provided to the Jackson F. Doe Memorial Regional Referral Hospital, churches, mosques, parking stations, and other areas that attract a large amount of traffic across Tappita District. 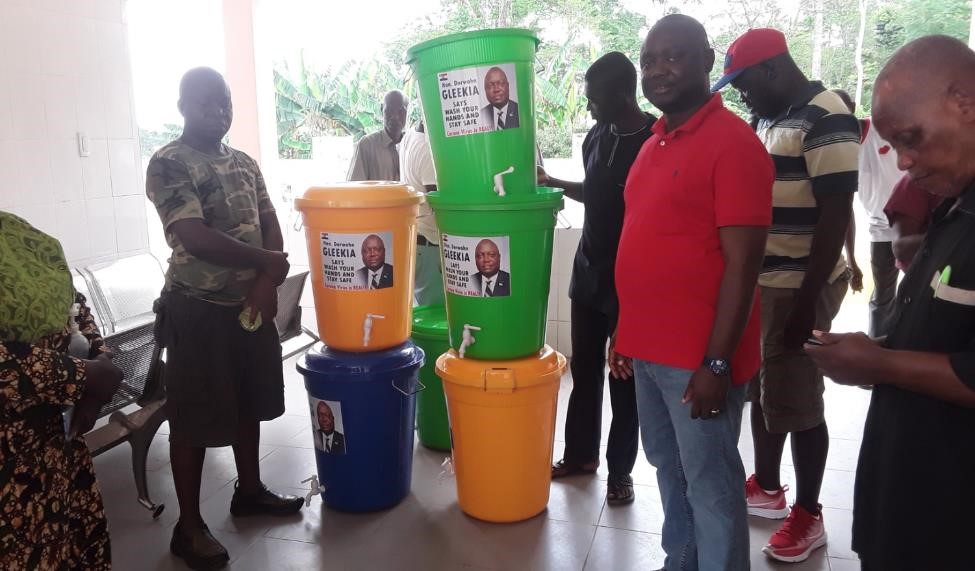 Describing the fight against the Coronavirus pandemic as a global fight, Rep. Gleekia said it was important for everyone to join hands in ensuring the virus is eradicated from Liberia and avoid waiting on the government to take the lead.

He estimated that the materials, which he said he funded from his own pockets, cost over US$3,000.

â€œThis is a global fight and we wouldnâ€™t want to wait on the national government to keep the lead,â€ he said. â€œAlthough constitutionally, it is their responsibility, but we see ourselves as part of this fight and we must take the lead. Thatâ€™s why we have come to identify with our citizens, especially those relevant institutions that are part of the fight.â€

Meanwhile, the lawmaker urged Liberians to abide by health protocols to prevent the further spread of the Coronavirus. He warned about doubting the existence of COVID-19 in Liberia, recalling how denial of the Ebola virus exacerbated the impact of the 2014 epidemic in Liberia.

Tappitaâ€™s Mayor Sarah Mendoabor thanked Gleekia for his donations and notified him that the cityâ€™s administration was doing its part to contain the virus. She noted that the Tappita General Market and the cityâ€™s everyday market had both been closed to discourage large gatherings of people.

â€œThis is no time for politics, but it is a time to battle,â€ she said.

â€œWe are here, standing in the gap to buttress the efforts of [the] government. The same thing we did during the Ebola time that prevented the virus from reaching Tappita is the same we will do to fight [the Coronavirus] because it is deadlier than Ebola.â€