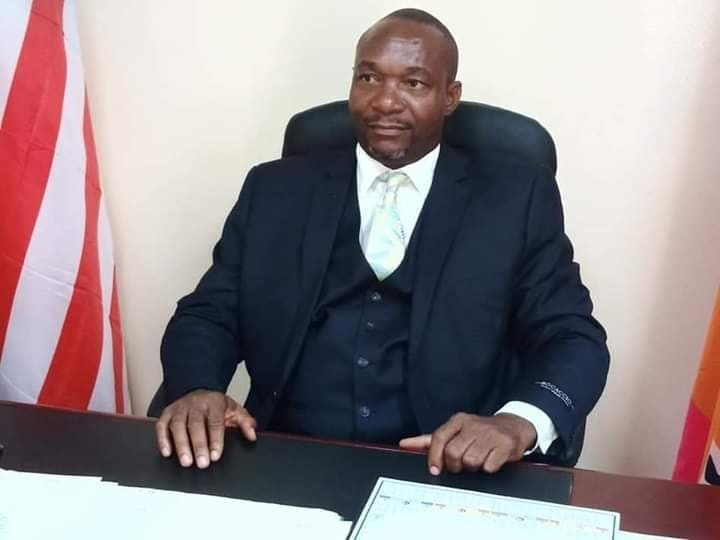 GBARNGA, Bong â€“ Members of the Bong County Legislative Caucus have elected a new set of leaders to head the caucus for the next two years.

The Bong Legislative Caucus includes the countyâ€™s seven representatives and two senators in the National Legislature.

Representative Joseph Papa Kolleh of the countyâ€™s seventh district was elected chairman of the caucus, replacing Senator Henry Yallah, who led the caucus for two terms.

Representatives Albert Hills of the first district and Marvin Cole of the third district were elected co-chair and secretary-general, respectively, on white ballots.

Of the eight votes cast, Kolleh obtained five, while Briggs-Mensah got three at the elections held on Thursday at the Capitol Building in Monrovia.

Senator Henry Tokpa did not vote in the elections as he is currently in the United States.

Tokpaâ€™s chief of office staff, Arthur Bestman, told The Bush Chicken that the senator is in the U.S. to negotiate for medical supplies for the county and to attend to personal issues.

â€œThe Friends of Tokpa in America, particularly in Philadelphia and Maryland, has a meeting and so he is gone to attend the meeting to fast-track the arrangement for [the] donation of medical supplies to the county,â€ Bestman said. â€œWhile there, Senator Tokpa will also attend to his wife, who is recovering from a knee surgery.â€

The defeated Rep. Briggs-Mensah said she had wanted to ascend to the position to strengthen accountability in the management of development funds in the county while promoting unity and development.

Even though she lost the leadership position in the caucus, Briggs-Mensah said she remains a critical voice in the county and will continue advocating for the proper management of funds by county officials.

â€œWe will not sit quietly, no matter [if] we donâ€™t have [a] position in the caucus or whatever; we will be involved with the process. I need us to be accountable to the people,â€ Rep. Briggs-Mensah told The Bush Chicken following the elections.

Kolleh is taking over the leadership of the caucus at a point where there are many issues to be addressed in Bong. These include entrenched disunity among leaders of the county, alleged mismanagement of development funds, and limited oversight role from legislators to ensure government-funded institutions get their allotments made in the national budget.

However, Kolleh has promised to work hard to ensure that members of the caucus are united to forge the collective interest of the county.

â€œWe have [a] couple of things to work on â€“ my priority, first, will be to unite the caucus members, to bring all the stakeholders on board to move Bong County forward,â€ Kolleh said.

Under his leadership, he said he would ensure that institutions captured in the national budget get their allotments for effective service delivery to citizens of the county.

Recently, the medical director of C.B. Dunbar Maternity Hospital, Kour Geah, informed the public that the hospital has not received its allotment in the national budget for 2019/2020, a situation she said hinders the hospital’s ability to cater to patients, especially pregnant women and children.

The government allotted US$350,000 to the C.B. Dunbar Hospital in the current budget.

â€œAs we speak, our allotment is not forthcoming for this budget year. We have to even credit fuel to run our generators to get the hospital running. We are in touch with the lawmakers to help us in this situation,â€ Geah said.

The outgoing chairperson of the caucus, Senator Henry Yallah, appreciated his colleagues for forming part of the process to elect a new crop of leaders.Â He wants all members of the caucus to work together in the interest of the county.

Views are mixed in the county about the election of Kolleh as the new head of the Bong Legislative Caucus.

Some residents suspect that Kolleh will be ineffective, considering that he has not been a major champion of accountability in the county, compared to Briggs-Mensah, who is known for drawing attention to critical issues.

â€œRep. Mensah has better performed in both the legislature and her constituency than Rep. Kolleh,â€ wrote Bong youth Philip Singbah on his Facebook page. â€œBesides, she has the leadership abilities to work with others in changing the old order which continues to fail our county.â€

However, other residents saw positives in Kollehâ€™s election. Ballayan Morlue, another Bong resident, wrote: â€œI can envision peace and transparency in Bong with this team I am seeing. I wish the best of this team!â€

Featured photo courtesy of the office of Rep. Kolleh