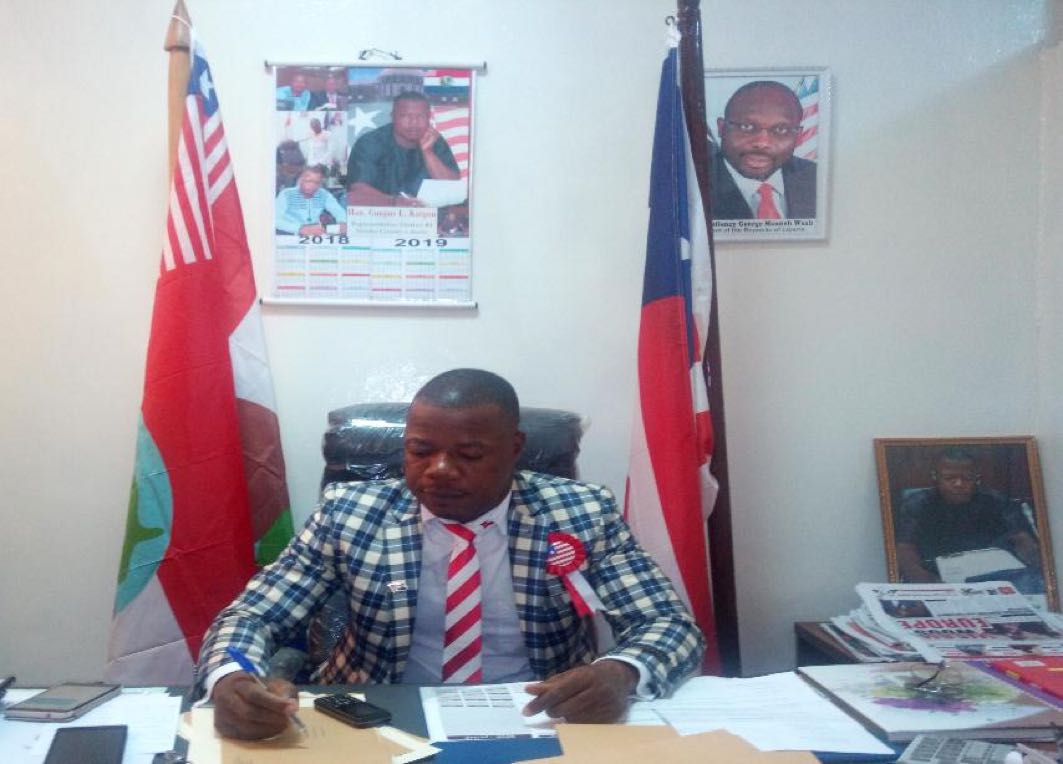 Kargon was the last lawmaker to be seated in Nimba, after a prolonged legal battle between him and the districtâ€™s former lawmaker, Garrison Yealue. In April, both the Supreme Court and the National Elections Commission cleared Kargon to be installed as lawmaker.

However, the months of legal battles created animosity between Kargonâ€™s supporters and Yealueâ€™s supporters. Kargon is now using the week as an opportunity to reunite and reconcile the people of the district.

“The honorable man is going back to the district to tell the people ‘thank you’ for electing him as the representative of the district,” Mark Gbleewon, the political officer of the Friends of Kargon group, said when speaking of the planned activities. “Hon. Kargon will be giving the people of the district his reconciliation messageâ€”telling them to unite and work in the common good of the district for development.”

As part of the activities, the lawmaker is expected to break grounds for the construction of two elementary school buildings at different venues in the district. Additionally, he will present five power saws to the five clans that make up the district to assist with the felling of logs for the rehabilitation of damaged log bridges.

Kargon is also inviting defeated candidates to join a ceremony being held during the week. An invitation has also been extended to the former lawmaker of the district, but it is unclear whether Yealue will attend.

The move by Kargon to reconcile the district has been welcomed by citizens residing in and out of the district. They called on the other contestants to join in the district’s reconciliation drive initiated by the Lawmaker.

“The issue of reconciliation was one of the major things on our platform for the district if we were to win the election,” Lawrence Wortuah, one of the defeated candidates said. He acknowledged receiving the invitation. “I will show up to be part of the program and I want all my supporters to be there too.â€