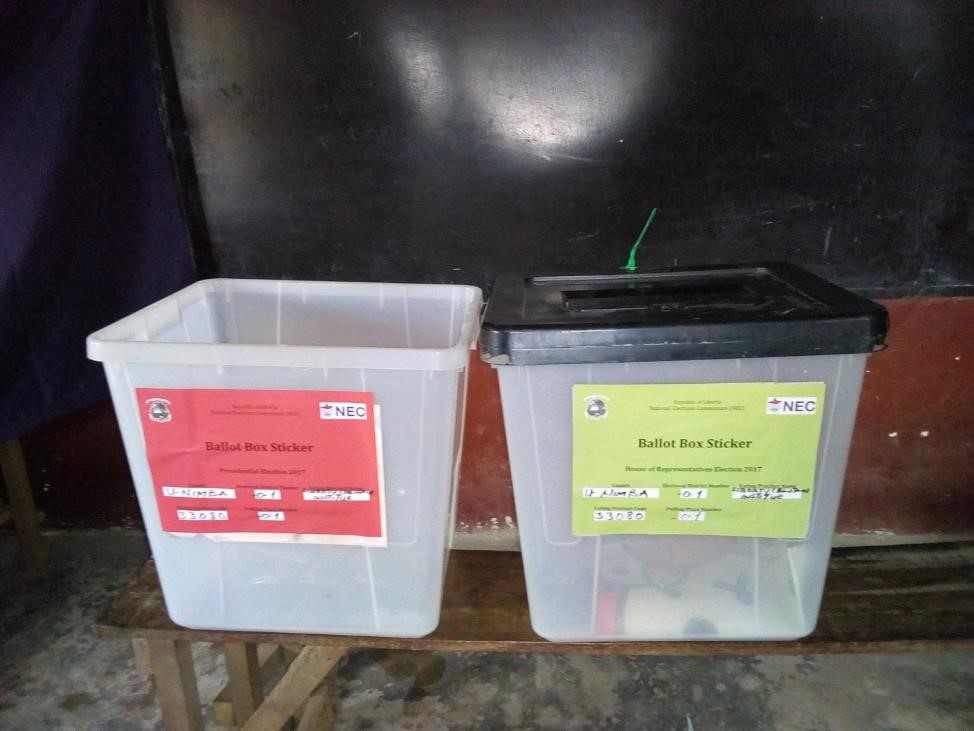 SACLEPEA, Nimba â€“ Recounting of votes in the representative race in Nimbaâ€™s eighth district has ended, with incumbent lawmaker Larry P. Younquoi being declared the winner, ahead of Saye Sylvester Mainah of the Movement for Democracy and Reconstruction, who had previously led the last count.

The recount was triggered because no single candidate won by more than 50 votes; as a result, the electoral laws calls for an automatic recount to be held. Candidatesâ€™ representatives, local and international observers, media observers, and both local and national officials of the National Elections Commission were present during the recount process.

The process commenced on Wednesday, November 1 and ended on Saturday, November 4, one day longer than the three days it was expected to take.

The local magistrate of lower Nimba has declined to make any public statement about the completed recount process. He said this was in line with the Supreme Courtâ€™s stay order on the proceedings of elections-related issues.

However, the results from the recount process were posted on the walls of the local NEC office in Saclepea. The top two candidates were Rep. Larry P. Younquoi of Unity Party, with 6,191 votes, and Saye Sylvester Mainah of MDR, with 6,084 votes â€“ a difference of 107 votes.

James Biah, who represented Radio Saclepea during the count,Â noted that it was also agreed upon by every person participating in the recount process that major issues would be directly addressed to NEC’s office in Monrovia through the appropriate candidates, although NEC complaints forms were not available.

â€œWe were told to write our complaints on a [sheet] because they told us that there were no complaint forms available,â€ Calvin Wonda, representing the MDR candidate, disclosed on Radio Kergheamahn’s morning show.

The four-day exercise was heavily guarded with the presence of the Police Support Unit of the Liberia National Police.