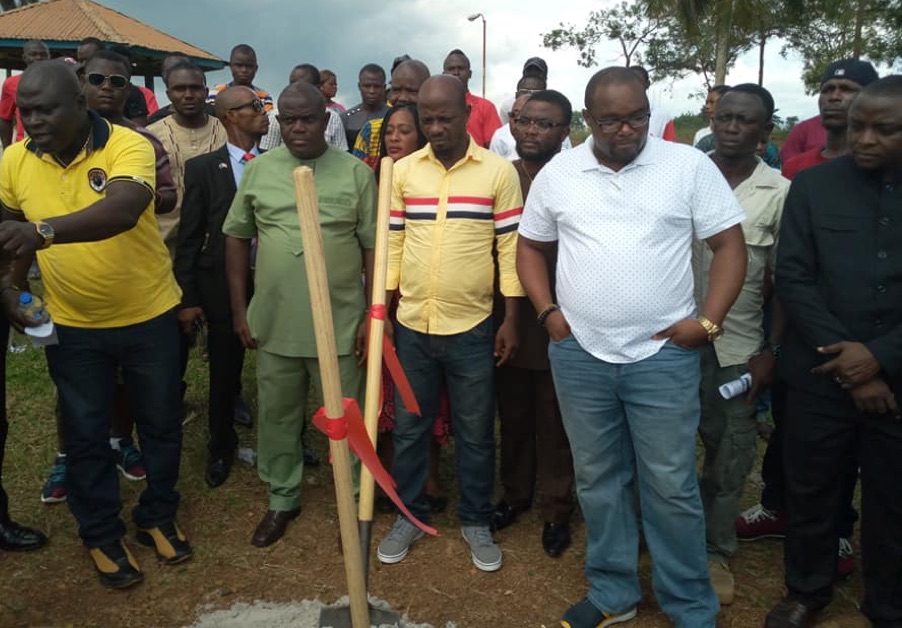 The ceremony for Rep. Matthew Joeâ€™s office took place at the Buchanan City Hall at the Fairground over the weekend with the leadership of the county in full attendance.

Speaking at the program on Saturday, Joe reminded his constituents of his commitment to fulfilling promises made during the campaign period.

Joe said he would reward voters by ensuring that promises made are fulfilled during his tenure.

â€œI told them that I was not going to let them down and indeed, with God on my side, we are achieving those things we told our people gradually,â€ he said.

Joe put the cost of the office at US$136,000 and said it would be funded through his salary and the support of others he had asked for contributions.

The representative said the project would begin in July and would be constructed by a Liberian construction firm.

Joe also used the occasion to announce that 15 km of feeder roads would be paved in Buchanan.

â€œThe contractor has been selected,â€ he said. â€œWhat we are waiting for is just money, so what we, as leaders, [are] doing now is constant engagement with the minister of public works.â€

He told the gathering that the engineers had agreed to pre-finance the project but wanted authorization from the Ministry of Public Works to begin, to ensure that they would be reimbursed by the government.

He said President George Weah had asked the contractors to wait for the passage of the 2019/2020 national budget.

â€œWhen the budget is submitted and passed, he will be authorizing the engineers to start the work,â€ Joe added.