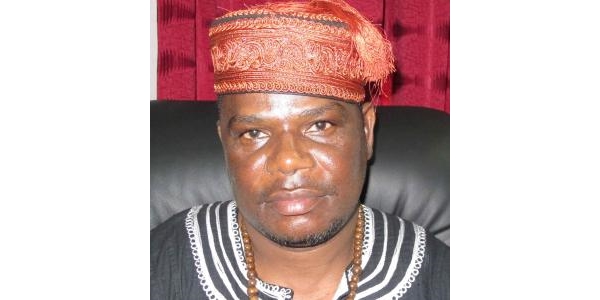 He said Boakai is the best choice for Liberia, and he will bring the change Liberia needs. Tingban made the endorsement over the weekend in Ganta when he launched his Friends of Tingban Scholarship in Ganta.

“As the national chair on Recruitment and Public Mobilization both locally and internationally for the Movement of Vice President Boakai for the Presidency, I want to use this time to call on all of our citizens to see Ambassador Boakai as the best candidate for this coming presidential election in 2017, and vote him during the elections,” Tingban said.

Boakai, who has served under President Ellen Johnson Sirleaf for more than ten years, is expected to become the standard bearer of the ruling Unity Party for the 2017 elections. Already the Vice President, Boakai has been petitioned by the people of his native homeland, Lofa County, to stand for the presidency come 2017.

Tingban said he feels that Nimba County is not entirely prepared to produce a president. Therefore, all Nimbaians should consider Boakai as the best person who can bring changes to the lives of Liberians. He said Nimbaians have not understood what it takes to produce a president adding, “Nimba County will always be the perpetual peacemakers without going closer to the peace table.”

Nimba’s senior senator Prince Johnson contested the 2011 presidential elections and placed third in the first round, before playing kingmaker by throwing his support behind Sirleaf in the second round. He has not announced that he is running in 2017 but has suggested that he would support a candidate who is not of Americo-Liberian background, a criterion that Boakai meets.

As Liberia’s upcoming elections is in two years, many political parties are being created, hoping to unseat the ruling Unity Party led by Sirleaf. Sirleaf, who is serving two terms as president of Liberia, can no longer run in the upcoming elections, as required by the Constitution of Liberia.

Featured photo courtesy of the Legislature of Liberia