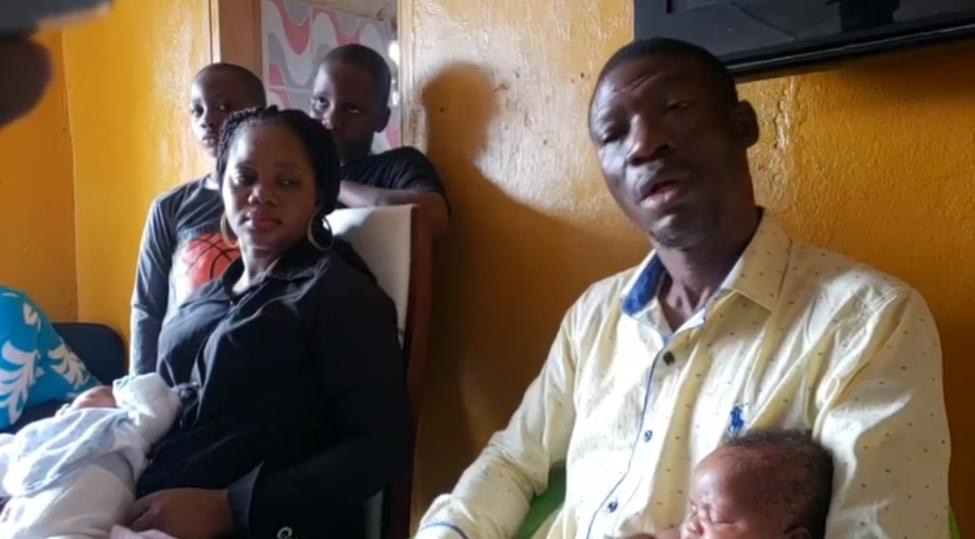 MONROVIA, Montserrado â€“ The representative of Montserradoâ€™s tenth district, Yekeh Kolubah, says he will take legal action against the government for preventing his family from traveling out of the country on Saturday, July 13.

Kolubah alleged that his wife and six children, including a pair of twin minors traveling with her for vacation out of the country, were stopped on the order of President George Weah.

He said he had earlier acknowledged consent to his wifeâ€™ travel with the six children after immigration officers at the Roberts International Airport requested him to do so.

â€œLater, within the next 20 minutes, at the time that president had landed already, [they] called me back and said I needed to go and fill in a form. I said no problem â€“ I drove there. While in that process, Immigration was finished stamping my wife and childrenâ€™s passports,â€ he said.

â€œOnly to get out to enter the bus to get on the plane, [they] called them back. [They] said they had received instruction from the higher-up that they shouldnâ€™t allow my wife and children to leave this country.â€

The lawmaker said he had also requested that his familyâ€™s passports be returned but was told by the commander of the immigration officers assigned at the Roberts International Airport that there is an order in place that the lawmakerâ€™s family must not travel out of the country.

According to Kolubah, he then placed a call to the acting justice minister, who told him that the president had also instructed a seizure of his familyâ€™s passports and luggage.

The wife of the lawmaker, Georgetta Kolubah, alleged that the immigration officers also confiscated the food of her six-month-old pair of twins.

However, the government has said that the decision to prohibit the family members of the lawmaker from traveling was purely in keeping with anti-human trafficking regulations, and not out of any political consideration or ongoing legal case he has with the courts.

â€œMadam Georgetta Joyce Kolubah â€“ believed to be the wife of the representative â€“ was due to leave the country on Saturday, July 13, accompanied by seven children, five of whom had diplomatic passports. The other two had laissez-passers. During routine checks, Madam Kolubah could not prove that all the children were hers, or that they were traveling with the consent of both parents in keeping with anti-human trafficking procedures,â€ a Ministry of Information release said.

â€œWhen she didn’t produce the necessary legal instrument which would have validated her claims, Mrs. Kolubah was duly informed on how such documentation could be obtained, without which she cannot leave the country with the children. This is a standard practice which other adults accompanied by even a single child have had to face.â€

The government refutes the lawmakerâ€™s claims of having a phone-in discussion with the acting justice minister and reiterated its commitment to upholding the rights of every citizen, including the right to free movement.

â€œThe government interposes no objection to any plans by Representative Kolubahâ€™s family to travel out of Liberia, except were interdicted by the courts,â€ the release also said.

Speaking Monday after taking delivery of his familyâ€™s passports and luggage, the Montserrado representative accused the president of using the Liberia Immigration Service to clamp down on his family. He described the governmentâ€™s action as political and said it violates the right of his family.

Montserradoâ€™s fourth district representative, Rustolyn Dennis, has also condemned the governmentâ€™s action against the family of her colleague.

In an interview with reporters at the Capitol Building on Monday, Dennis also accused the Executive Branch of violating the rights of Rep. Kolubahâ€™s wife and children, thereby causing them trauma. She described the governmentâ€™s action as â€œunfortunateâ€ and warned against further aggression.

â€œIt is unfair that our kids and family members will be punished for the stance we take on Capitol Hill on national issues,â€ she said.