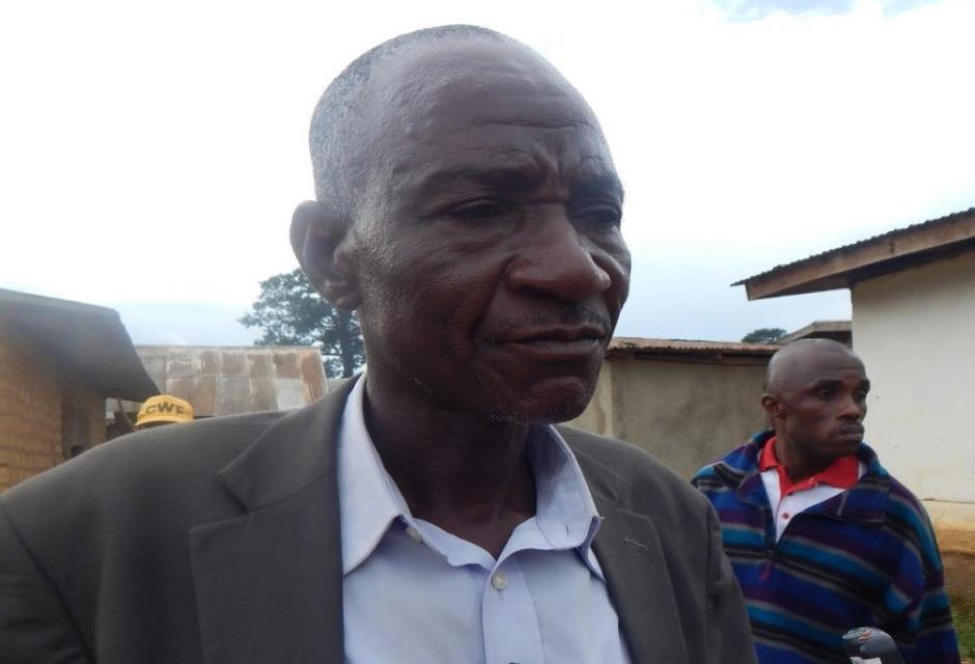 GIPO, Nimba â€“ Rep. Larry P. Younquoi of Nimbaâ€™s eighth electoral district says he wants to renegotiate ArcelorMittalâ€™s mineral development agreement to have the mining giant be responsible for maintaining the road along rail tracks leading from Nimba to the Port of Buchanan.

Younquoi made this statement as part of his vow to ensure that concession companies operating in the county benefit ordinary people and deliver the county its â€œfair shareâ€ of benefits. He spoke during a brief ceremony held in his hometown of Gipo, where hundreds of residents from the district gathered to celebrate his reelection victory.

â€œI will be one of the happiest persons if I can ensure that my districtâ€™s people are treated fairly when it comes to the role of the multinational corporation, which is ArcelorMittal,â€ he said. â€œBy doing that, my entire county and the Liberian society will benefit.â€

ArcelorMittal and the government of Liberia reached an agreement to mine on the Nimba mountain ranges in 2005. The site was formerly operated prior to the Liberian Civil War by the Liberia-American-Swedish Mining Company, known as LAMCO.

While Younquoi has expressed his wish to see the road along the track rehabilitated, the agreement between ArcelorMittal and the Liberian government, however, does not require the company to undertake that task. The road was built by LAMCO but has been unattended to by ArcelorMittal.

Younquoi said he has already started to lobby with his colleagues at the House of Representatives to make this an obligation of the company. He said the lack of maintenance of the road contributed to the many challenges he faced in reaching out to the entire district during the campaign season.

â€œI am going to make sure [of] the revision of the [Mineral Development Agreement],â€ he said, adding that he wanted ArcelorMittal to â€œput concrete bridges along the way, and on the St. John River, all the way to Buchanan.â€

As a member of the Nimba County Legislative Caucus, Younquoi promised that he and his colleagues would also not allow the pavement of the road from Ganta to Yekepa to go undone.

â€œWe cannot sit down to see the road that has given billions, if not, trillions of dollars to Liberia, since the exploitation of iron ore, to remain the way it is,â€ he said. â€œIf the US$40 million that should have been given by ArcelorMittal is not available, let the government provide money to build that roadâ€”and they must pay for peoplesâ€™ properties that will be damaged along the road.â€

The road had not been included as an obligation of ArcelorMittalâ€™s but the company had pledged to assist in building the road. However, the mining giant now appears unwilling to fund the road, after the price of commodities dropped.

The Nimba lawmaker said he also wanted to address the cause of the history of unrest at the Nimba Rubber Incorporated, formerly known as the Cocopa Rubber Company. Â The plantation is situated in the heart of Younquoiâ€™s district, and he promised to ensure that the companyâ€™s operation be transformed into a concession agreement that will benefit the people of the district.

â€œI will be one of the happiest to make sure there is a concession agreement that will have people rejuvenating the situation in Cocopa,â€ he said. â€œLife [should] return there, so that government can get [the] appropriate benefit through revenue sharing and social development funds and direct development fund for the affected communities.â€

Younquoi was recently cleared by the Supreme Court to represent Nimbaâ€™s eighth district for a second term after series of legal cases sounding his reelection.