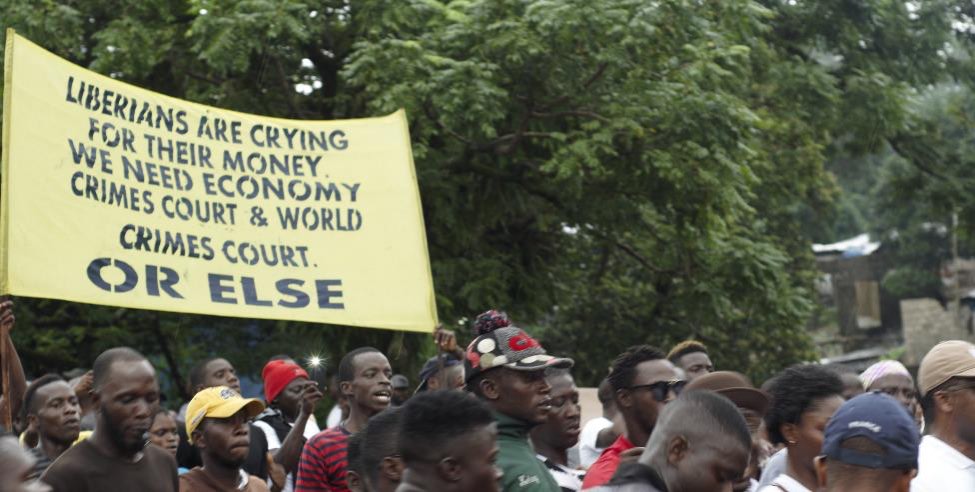 MONROVIA, Montserrado â€“ The much-anticipated report of an independent investigation into the alleged disappearance of new Liberian banknotes has been released to the public.

The report was released on Thursday by USAID, which on behalf of the U.S. government, hired the services of the U.S. based firm with specialization in forensic investigations, Kroll Associates, to conduct a scoping mission that could ascertain the basic facts of the alleged missing currency and determine to what extent more investigation would be needed.

The report revealed no evidence that containers of money went missing, but identified discrepancies at every stage of the process for controlling the movement of banknotes into and out of the Central Bank of Liberia during the independent review, such as the legislatureâ€™s approval for printing new banknotes, the procurement and contracting of Crane AB to print the new banknotes, and the shipments to Liberia. The report also identified discrepancies in the delivery of the new banknotes to the CBL and the movement of funds within and out of the CBLâ€™s vaults.

According to the firm, findings from documents provided during the independent investigation review revealed that the Central Bank ordered new currency totaling L$15.0 billion from Crane Currency in two tranches in 2016 and 2017.

â€œCommunications between the CBL and the Legislature indicate that there was no clear or consistent strategy driving the process to circulate new banknotes from inception to conclusion,â€ the report noted.

â€œAs a result, this raised the risk of unintended negative economic effects, including high inflation and the rapid depreciation of the LRD.â€

It says separate communications from both the Senate and House of Representatives instructed the CBL to replace the legacy notes completely with newly printed banknotes, but with a clear caveat that the bank provides them with details of the quantity and denominations of the new banknotes prior to printing the new banknotes.

â€œThe CBL did not provide the Legislature with details of the quantity and denominations of the new banknotes prior to the printing and shipping of new banknotes,â€ the report noted.

Despite the legislatureâ€™s disapproval, the report said the CBL went ahead to enter into a contract with Crane AB on June 12, 2017 to print new banknotes totaling LRD 10.0 billion, four weeks prior to the letter dated July 19, 2017 from the both houses of the legislature instructing the central bank to provide them with details of the quantity and denominations of the new banknotes before going ahead with the printing.

â€œKroll was not provided with adequate supporting documentation to demonstrate that the CBL adhered to its internal tendering policies in the procurement of the external banknote manufacturer Crane AB,â€ the report also noted.

â€œDespite CBL management stating in [a] Board of Governors meeting minutes that two other vendors also submitted proposals to print and supply new banknotes, Kroll has only been provided with limited email correspondence that does not demonstrate that either company had an opportunity to submit a formal proposal for services, and it appears that a competitive procurement process did not take place.â€

According to the investigator, the Central Bank subsequently provided during the investigation that due to the urgency for new banknotes, the bank did not follow its own internal tendering policies for the procurement of Crane AB. Â However, the firm said the bankâ€™s explanation of the urgency for new banknotes was inconsistent with letters sent several months prior to the initial procurement from Crane.

Krollâ€™s analysis of shipping documentation provided by Crane AB, including records detailing the physical movement of new banknotes from the point of manufacture in Sweden, to the Freeport of Liberia and Roberts International Airport, also confirmed that the company eventually printed L$5.506 billion in new banknotes, which amount to an overprinting of L$506 million â€“ more than the allowed variance that was contractually agreed upon.

â€œNo formal side letters were provided by Crane AB or the CBL to show that the over-printing of new banknotes was mutually agreed between the two parties. The second contract for LRD 10.0 billion did not have any fluctuation clause.â€

It also states that documentation reviewed during the investigation shows that the Central Bank paid for the printing of all new banknotes, including the excess L$506 million, summing up to L$15.506 billion.

Kroll also indicated in the report that its analysis of delivery documentation provided by the CBL all L$15.506 billion was received by the CBL either at its headquarters reserve vault or at its reserve vault in the former National Housing and Savings Bank in Waterside.

The report also revealed that the approach taken by the CBL to implement the governmentâ€™s US$25 million mop-up exercise to stabilize the economy had the potential for misappropriation of funds, potential opportunities for money laundering, and potential execution of transactions with illegal businesses, thus leaving the government with a risk of having huge funds unaccounted for by the Central Bank.

Briefly, after the release of the report, the U.S. Embassy issued a release encouraging Liberians to read the report in its entirety and encouraged realistic responses from the government and its people.

The embassy disclosed in the statement that beyond the release, it or Kroll would not provide any expanded views on the content of the report.

â€œNo information in the report should be interpreted on its own as an indication of improper conduct by any specific individual or individuals without further investigation by appropriate Liberian officials,â€ the embassy said.

It further disclosed that the U.S. remains committed to Liberiaâ€™s development and democracy, trusting that the independent review will support improved governance principles, fiscal reforms, and monetary system practices in the country. It added that the report underscores the importance of drawing on international best practices in the conduct of economic affairs including thoroughly documenting transactions to ensure credibility and transparency.

â€œWe appreciate the resilience of the Liberian people as their government works in good faith to address vulnerabilities identified, and strengthen the integrity of Liberiaâ€™s currency, the banking system, and economy,â€ it noted.