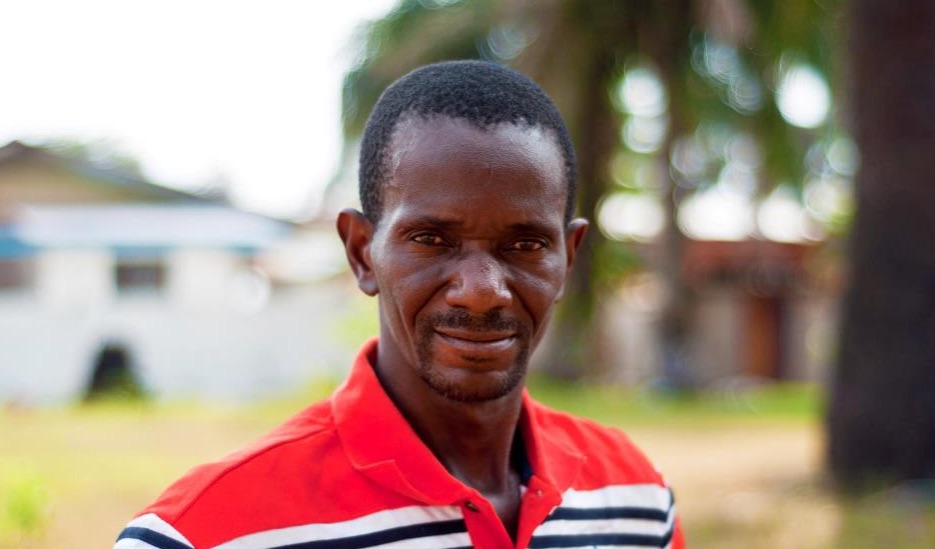 MONROVIA, Montserrado â€“ After being arrested and detained by Monrovia City police, a Bush Chicken reporter is now suffering from musculoskeletal pain resulting from physical assault, according to a medical report.

Gbuapaye said Ballah interfered with police, who were trying to clear Broad Street of suspected criminals on the night of June 13.

Ballah is also the producer of a crime watch nighttime radio show on Hott FM and was near the radio stationâ€™s studio on Broad Street on the night of the incident. He questioned the authority of the city police officers to ask a group of individuals on the street to disperse, according to Gbuapaye.

The MCC public relations officer said police were responding to complaints from citizens of petty theft and harassment from individuals believed to be tricycle riders near the UBA Bank on upper Broad street.

â€œZeze was outside, too. And thatâ€™s how he said it was not the function of the city police to be telling people to leave the street,â€ Gbuapaye said.

He said the reporter encouraged the individuals to resist, which created tension for the police. As a result of Ballahâ€™s words, Gbuapaye said the cyclists resisted the police and formed a circle around the officers to prevent them from leaving the scene.

â€œSo, the city police managed to get hold of two of the guys who were involved in the process, who wanted to instigate chaos at the time, by causing violence. And they started to call Zezeâ€™s name, telling him that they were arrested,â€ Gbuapaye added.

Gbuapaye said, this, in addition to Ballahâ€™s earlier comment, led the head of the city police to ask him to provide his identity, but Ballah initially refused to identify himself, but later said he was a journalist, although he did not disclose which institution he worked for.

Gbuapaye said Ballahâ€™s refusal to identify himself prompted his arrest and detention. He was then charged with obstruction of justice, simple assault, and disorderly conduct.

However, MCCâ€™s public relations officer said following the intervention of the Press Union of Liberiaâ€™s vice president, Octavin Williams, the matter was amicably resolved, and MCC dropped the charges.

â€œThere was a charge sheet, and we wanted to go to court; but, we donâ€™t see reason that MCC as an institution and a journalist [to] go to court,â€ he noted.

â€œWe decided to resolve this and he [Ballah] did a communication that the issue with him and the police officers have been resolvedâ€”he did it, and the records are in my office.â€

However, Ballah denied that he had interfered with police operations, as claimed by the MCC official.

According to Ballah, he had watched officers arrest two individuals and after the arrest, an officer walked to him and asked him to identify himself.

â€œI told him Zeze Ballah. He again asked who am I and where do I work. I again told him that I am Zeze Ballah and work for myself,â€ he added.

Ballah said following his response, the officer ordered his arrest, alleging that he had ordered individuals to attack the city police officers. Ballah says MCC police falsely accused him and began flogging and kicking him in his chest and other areas on his body.

â€œWhen we reached the MCC headquarters, I was asked to write a statement. My money and other belongings were taken from me and my shirt [was] taken off me. I was also denied [the chance] to make calls to family members, friends, and loved ones,â€ Ballah said.

â€œI was treated like a criminal and later placed into a holding cell.â€

He described the MCC police holding cell as being â€˜very dirty with feces and urines all over the floor.

Ballah said his three phones were taken away from him by the officers, but only one was returned following his release. However, Gbuapaye has denied this claim, noting that Ballah had not indicated such in his formal statement to the police.

Ballah identified what he said were several contradictions from the officers who wanted him implicated. He said one account of the officers claimed that he was photographing the incident.

â€œI insisted that MCC provide evidence on the allegation that I did photo or instigated violence. The scene did not show any evidence of damage on vehicle or stone to indicate that indeed there was a violent act carried out in the area,â€ Ballah added. He admitted to the MCC officialâ€™s claim of signing a statement to amicably resolve the matter following the intervention of the Press Unionâ€™s vice president.

When contacted, the Press Unionâ€™s Williams said his role in Ballahâ€™s release was to avoid a commotion between members of the media and state security actors.

â€œI am a witness of state security actors and journalist having issues,â€ he said, â€œeven if they want to pick false on you, they have many ways they can do it, and as journalists, at [a] certain level, you must settle down. But, basically, I wanted the issue to be resolved.â€

At the same time, one of the two individuals previously arrested by the Monrovia City Police, Sunny Chea, has denied that the reporter ever interfered with the officersâ€™ operation or instigated any violence.

Chea also accused the city police of attempting to coerce them to falsely testify against the reporter in order to secure their release.

An independent investigation of the scene of the reported violence and interviews with individuals residing in the area did not point to proof of any physical damage on any vehicle or any evidence of stones or objects on the street as the result of violence on June 13.

Meanwhile, Ballah believes that his arrest and subsequent detention was as a result of a radio show he held two nights prior to his arrest when citizens expressed their views about the stockpiles of garbage in Monrovia, which they believe poses serious threats to their health and security. During that show, callers also called for the Monrovia mayor, Jefferson Koijee, to be dismissed.