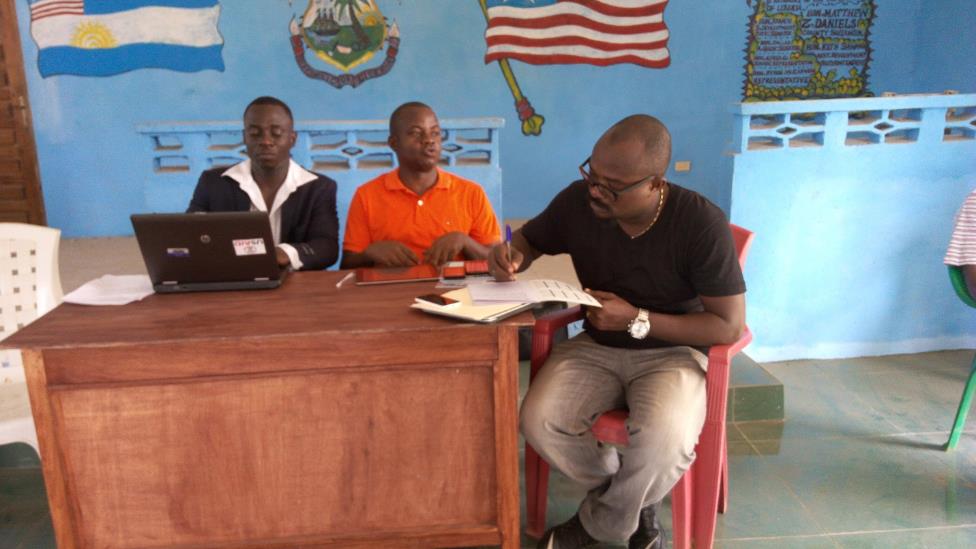 YARPAH TOWN, River Cess â€“ Several elders and chiefs of Gbediah Town are warning Hilary Mento, a two-time prior contestant for the representative seat of River Cessâ€™s first electoral district to stay out of the 2017 elections.

This warning comes after Mento, who is a member of Mills Jonesâ€™ Movement for Economic Empowerment, filed a complaint on Jan. 23 to the National Election Commission against the elections magistrate of River Cess, William Tompoe, for what he called â€œelections irregularities.â€

In his complaint, Mento claimed that Tompoe had declared his intention to contest the districtâ€™s representative seat at the same time when he presided over elections activities in the county.

According to the document, Tompoe has been holding several meetings in various towns where he declared his intention to contest the representative seat during the 2017 elections.

â€œIf Mr. William Tompoe really wants to contest, let him resign the post so as [to] meet his political desire,â€ the document stated. An investigation was launched by NEC on the 28th of January in Yarpah Town, River Cess, where both Tompoe and Mento were asked to explain their sides of the story.

According to Mento, Tompoe has been vying for the representative seat since 2014 to present date.

â€œHon. [William Tompoe] grew the ambition to contest since the by-election, and is still continuing with the political ambition at the same time as a sitting magistrate,â€ Mento said.

â€œHon. Bill Tompoe as a sitting magistrate, has gone to other towns where he even confided and declared to other people stating thatÂ â€˜I am contesting and I want you to vote for me and carry me this coming Representative and Presidential Elections comes 2017.â€™â€

The MOVEE aspirant named several people, including elders, as eye witnesses to prove his case, among which were Jerry Doegblee, and Irene Moses, both of Gbloseo Town, and Jerry Kpawee, Town Chief of Gbediah Town – the home of Mento.

â€œTo show I am not joking, I am not going to call any young person into this thing but elders and chiefs, who will speak the truth and nothing but the truth,â€ Mento said during the hearing.

â€œHon. Bill went to Gbloseo and Gbediah Towns on separate occasions where he told the people that he is contesting and that they should give him their support. He did not stop there he also gave some money to Elder Jerry Doegblee to help him Bill in the process.â€

The elections magistrate, Tompoe, refuted all allegations against him and without any further explanation, called them false and misleading.

â€œI have in no time gone to any of the places mentioned by Mento to declare [my] intention [to run] not in public nor in private,â€ Tompoe said. Hilary Mento, reacts after his witnesses testified against him. Photo: Eric Doue

In a surprising turn of events, two of the witnesses mentioned by Mento, Jerry Kpawee and Jerry Doegblee, told the investigation team that the allegations against the magistrate were false.

Doegblee, speaking through an interpreter, said the elections magistrate had never gone to Gbloseo Town for any such meeting before. The town chief, Kpawee, supported Doegbleeâ€™s testimony and instead said Mento was the one who had on several occasions held meetings with the people of Gbediah Town, asking for their support in the upcoming elections.

â€œOne of the meetings was held in my kitchen, where Mento told us he is contesting the 2017 elections and that we from his town should support him,â€ Kpawee said.

â€œIt was during that meeting that we told him we are not going to support him because, while other aspirants are carrying on projects in other towns, he only carries a musical set around doing nothing for us.â€

The team of investigators from the NEC headed by Initial Wisseh, administrative assistant to the oversight commissioner for River Cess, did not come up with a ruling. They said their inquiry was a â€œfact-finding investigationâ€ and they would take the information gathered back to the NEC headquarters.

Mento contested for the districtâ€™s highest seat in 2011 and 2014 respectively and performed poorly, not reaching higher than third place in either of the elections.