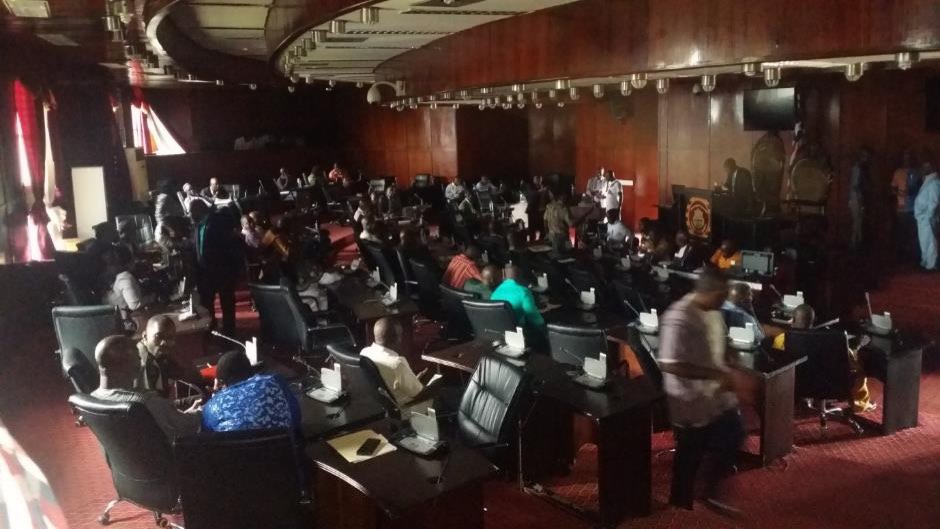 On October 1, the House had initially unanimously voted to agree with the Senate to push three constitutional amendments forward for a referendum in 2020. Those included clauses to reduce the tenures of elected public officials, including from six to five years for the president and representatives, and from nine to seven years for senators.

The lawmakers had also voted to push to amend the constitution to allow for dual citizenship in Liberia, and to move the date of elections from October to November of every election year.

The propositions were sent to the House by the Senate for concurrence on September 24 and was signed by the secretary of Senate, Nanborlor Singbeh. Ten of the thirty-seven representatives in session voted to approve the propositions. One voted against, while the remaining 26 abstained.

Lofaâ€™s third district representative Clarence Massaquoi made the motion to withdraw the three prepositions for a relook and possible addition and readjustment.

According to Massaquoi, it made little sense pushing forward only three propositions, given that the costs of additional propositions would be negligible.

â€œMr. Speaker, the propositions should be withdrawn and looked at thoroughly, [to] make all of the adjustments, and if there is a need, for additional propositions to be added, before going for a referendum. It will save the country from additional costs,â€ he said.

There have been concerns that the proposition passed on dual citizenship is divisive, as it prohibits individuals with dual citizenship from serving in key positions of trust, such as chief justice and associate justices of the Supreme Court, cabinet and deputy ministers, or heads of autonomous commissions and agencies, ambassadors and heads of non-academic, research or scientific institutions.

Meanwhile, the House of Representatives officially closed for its second sitting on October 9, after the Senate closed on October 3.