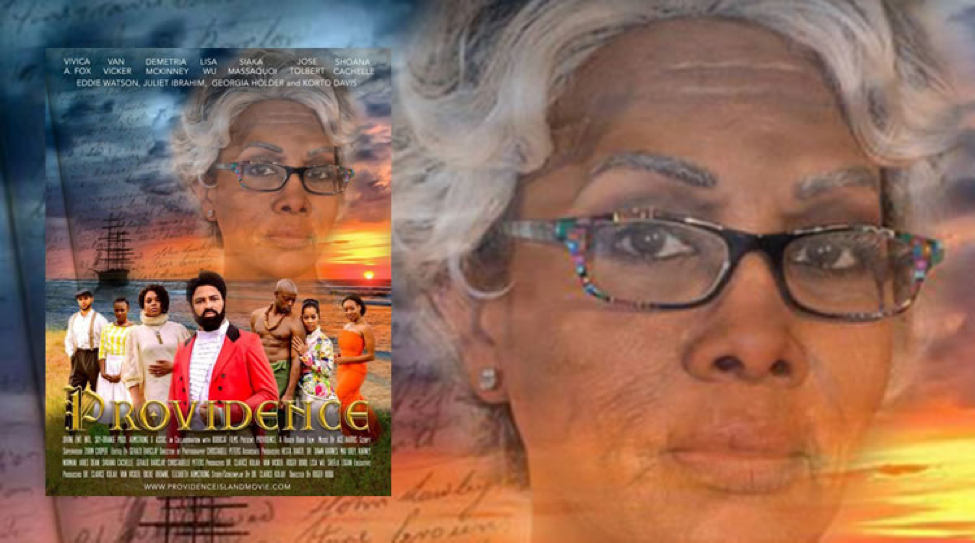 I paid US$50 for a VIP ticket to attend a red carpet premiere and all I got was 2 hours of confusion, a few rushed pictures on a red carpet in front of the movie’s step and repeat, 1.5 plastic cups of Club Beer, and a keychain. The keychain is still my most prized possession as its utility in opening up bottles of hard cider lives on. A few pictures with friends and salvaging this bottle opener keychain at the end of the night (when it was evident nothing more came with my VIP ticket purchase) remain my best memories from that evening.

The movie theater seats were comfortable, though. It was also nice to share in what felt like a Liberian family moment as I’m sure many awaited the release of the movie Providence Island with bated breath. A movie about Liberia, shot in the U.S. and featuring Liberian artists, Providence Island was meant to be the movie of the season, starring renowned actress Vivica Fox and one of Africa’s famed actors, Van Vicker. Needless to say, when we heard that the movie was out and the fanfare around it included an advertisement for a red carpet, many thought, “Nice! Liberian filmmaking is getting serious.”

Much like your 4-year-old niece’s dance recital, we all proudly watched. And we smiled knowingly when we realized that perhaps we held this debut to too high a standard. We weren’t watching a toddler’s dance recital, and the mention of a few big names had us all expecting a better quality production.

We chuckled at the butchered Liberian accents, and it was unclear why the casting team didn’t include a dialect coach or – dare we say it, actual colloqua-speaking Liberians. We guffawed at the cameos of those we recognized but we were all uncomfortably cognizant of the rhinoceros in the room; as each minute went by and another plot twist emerged with the mediocre pageantry of a love story through Liberian history, one couldn’t help but wonder: Is Van Vicker’s mustache going to finally reach its inevitable end as it appeared precariously attached by a crusty cream of wheat-like paste? One even longed for your average Lollywood production which would at least not have fooled us with sugar-coated dreams. Recent Liberian music video production far surpassed the video quality of this production.

In short, the movie left much to be desired, and I suspect many more agree it fell short of whatever expectations we all individually harbored for its opening night and the narrative it sought to deliver.  In the interest of helping us all collectively “do better,” I’ve finally agreed to pen an honest review. Perhaps so many of us are too afraid of going against the culture for the sake of supporting our own. But if we aren’t honest with ourselves first and foremost, how will we ever improve?

Here’s a list of the top five reasons why I cringed at the thought of a second watch (which I strongly considered with a group of friends before writing this review):

Overall, viewers needed more ‘show’ and less ‘tell.’ The narrative sought to revolve around a forbidden love story – what kind of forbidden love, you might be pondering? If you’re Liberian, you’ve probably heard the tale before. It’s the recurrent old narrative of a Congo and ‘Indigenous Liberian’ love.

As if one of these love stories wasn’t enough, the filmmakers added a second, third, and fourth. Honestly, between loving to Flomo, being sexually abused by a father, a looming tension with the mother-in-law, and more, there was so much confusion in the plot that it’s not clear what to make of a quick synopsis.

With so many plots, there was little time to develop each, and the painstaking rollercoaster simply rolled on. Which one is the original Dunbar? The settler? The twists were aplenty and did nothing to enrich the overarching message. Two cousins, one from a mixed pedigree family and another from a “good Congo” home, fall in love unaware that their mothers are actually estranged sisters.

What the narrative lacked in substance, viewers gained in suspense and we suspect that is the very reason many of us sat through from start to end, to arrive at the denouement one might easily predict. The forbidden love trope finally resolved as the second or third-generation Dunbar (Will the real Dunbar please stand up? This was particularly confusing) marries his native bride.

In the first half of the movie, the sound quality drastically changed and may have fluctuated back. We thought perhaps this was just a glitch of the first opening night. A friend who went for US$5 the next night said the same thing happened at his viewing. I am saddened the editing team didn’t find this easily identifiable blip important enough to resolve before premiere night. Furthermore, viewers deserve subtitles with malaria at least spelled correctly and not as ‘maleria.’ The movie’s crowning joy, as far as the score was concerned, was when Kizzy W’s “Wait Na” was weaved into the movie score and it was awesomely executed.

There were certainly a few honorable mentions, particularly from those ‘first-time’ Liberian actors and a few others of varying ages. Overall, these newcomers delivered beautiful and impassioned lines. Mix the acting with the inter-character dialogue, however, and the product matched your average Nollywood one-day production. Perhaps their craft could only live up to the storyline they were given to depict. But what of the others with established acting backgrounds prior to this film? Let us pray. What set this film apart and garnered high expectations was that it was shot in the U.S., unlike many other Liberian films. Daughters in America, a series shot in Atlanta has a plot much easier to follow than what was delivered in Providence Island.

Sadly, if Providence Island was meant to set the bar in the canon of Liberian films, it fell far short of that, and the fanfare didn’t match its reception among viewers. What of the director, Roger Bobb? Notably, his Wikipedia page filmography does not include Providence Island although he’s successfully produced a few of Tyler Perry’s acclaimed films and TV shows. How did this get by Bobb? Why does it feel that the release was a rushed effort to recuperate production costs with inflated ticket prices for a mediocre film?

If you thought for a second, this was a movie about Liberia featuring Liberians and you might actually hear Liberian colloqua at its finest, you’ll be sorely disappointed upon watching this production. Furthermore, traditional Liberian dialects were neglected in this production and yet viewers were presented with subtitles for dialogue spoken in would-be colloqua. It would have definitely enriched the narrative if a traditional dialect like any of the 15 or so to choose from were included, if only to remind us all that during this important period of oppression in the nation’s history, indigenous Liberians held on vigilantly to their native tongues despite their treatment and discouragement from doing so.

An occasional glance at Vivica’s butchered makeup (meant to make her appear older) accompanied with worries that Van Vicker’s mustache would eventually fall off left us finally feeling like the wool was pulled over our eyes when some of us went and purchased inflated tickets to attend this viewing. Never mind that US$50 is a quarter of the average civil servant’s monthly income. For this acclaimed ‘Liberian’ film to not open to the majority of the public was a little disconcerting – “Black Panther” premiered for less and we’ll let you all sit with that one for a second.

Were we just supposed to sit and swallow this embarrassment for Aunty Vivica? For our pockets, for our country, for our history, for our industry? Should Vivica’s presence alone have rendered us grateful that the Vivica of Two Can Play That Game or Kill Bill decided to grace a film about Liberia? Should our poor post-war country, be so honored to have this American star, that we overlook the glaring blunders in the window dressings? But Aunty Vivica, why you allowed these people to spoil your face like that so?

As much as we all wanted to earnestly support this Liberian production, at what point do we stop supporting mediocrity and demand better? “They just made trash and expected us to be ok with it,” said one viewer. Furthermore, there are quality productions happening in other industries here in Liberia and perhaps it would behoove our film directors, producers, and anyone bold enough to release a film about Liberians to sequester their hubris and seek counsel from those that are actually here doing it well. Liberia (and the sub-region in general) is not devoid of good film and video producers. If only we can work together to demand more, support more, and expect more of ourselves cooperatively.

We give this movie a C for ‘effort,’ a C- for hyping us all up for no damn reason.

What were your thoughts about this movie?  Please share below.