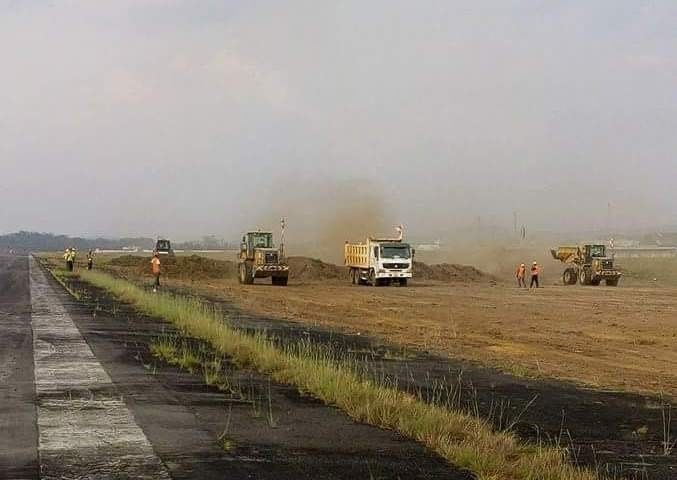 UNIFICATION CITY, Margibi â€“ The management of the Liberia Airport Authority has announced the commencement of the rehabilitation of its runway.

In a post on Facebook, Ebenezer Wilson from the Roberts International Airport public relations office, wrote that the management has also issued a travel advisory because of the ongoing repaving project.

Wilson noted that due to the new developments, the Liberia Airport Authority, in collaboration with the Liberia Civil Aviation Authority and other airlines, has developed a scheduled series of runway closures, which, according to Wilson will give the contractors enough time to work.

The construction schedule effectively means that the runway will be available for landing only 41 percent of the time â€“ for 69 hours every week. Weekly schedule showing the time periods when the runway will be closed, indicated by the red blocks.

â€œThe airlines will shift their schedules accordingly to render service to the public without inconvenience,â€ Wilsonâ€™s message said.

He also called on the general public contact to their various traveling agencies and airlines to learn the schedule or changes in their planned flights.

The RIA runway project is funded through loans and additional financing from the Arab Bank for Economic Development in Africa and the Liberian government while Sinohydro Corporation Limited, a Chinese firm, is implementing the project.

The total cost of the RIA runway project is US$30 million.

President Ellen Johnson Sirleaf broke ground for the pavement as well as the construction of the US$50 million passenger terminal at RIA on Nov. 21, 2016.

Sirleaf said the projects would bring transformation to the country.

Sirleaf explained that the delay in improving the airport was a result of competing interests.

â€œRIA had to be put aside for some other emergency priorities in the interest of the country,â€ she said. â€œWe feel ashamed, especially when we have strangers visiting Liberia, but Iâ€™m so glad that finally, we can have an airport that will meet international standards.â€