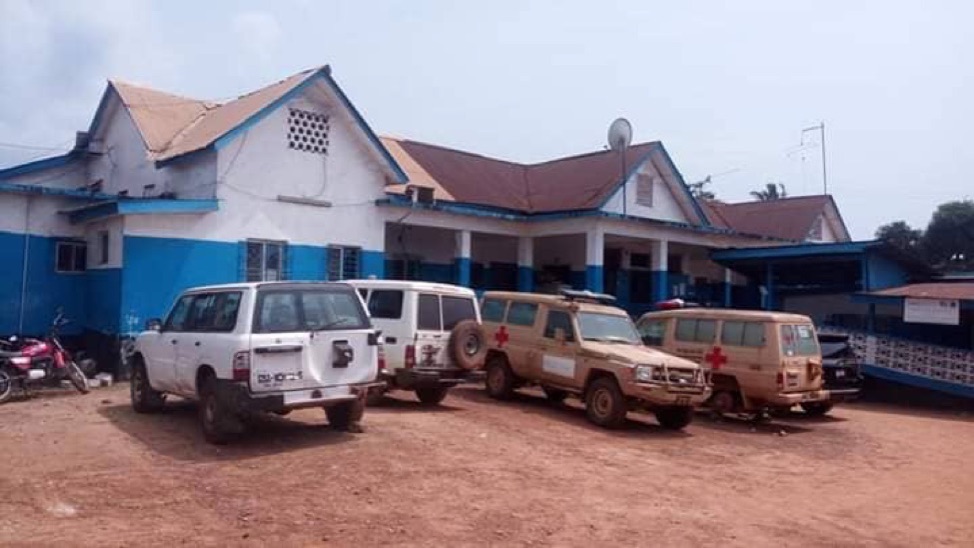 BUCHANAN, Grand Bassa â€“ Rider Liberia, the company that provides mechanical services to all vehicles of the Ministry of Health, has agreed to provide fuel to ambulances at the Liberian Government Hospital in Grand Bassa.

Making the disclosure recently to journalists, the medical director of the hospital, Dr. Abraham Jawara, described the agreement as â€œa new dawn for the people of Grand Bassa and beyond.â€

Currently, the hospital is experiencing serious difficulties, including lack of fuel, lack of ambulance services, insufficient drugs, and limited stationeries. This has been exacerbated since the hospital was gutted by fire in 2018. As a result, it has relied significantly upon assistance from voluntary contributions. Although that cash and fuel contributions by citizens have been immense, it was, however, insufficient and unsustainable in the long term.

â€œWe want to thank Rider Liberia for coming to our aid at this time. Their intervention is timely. We have so many problems here. Our ambulances and other cars are down, including my vehicle as a medical director. So, providing fuel and repairing one of our ambulances is a welcoming development, we appreciate them.â€

Jawara did not disclose the duration of the hospitalâ€™s agreement with Rider Liberia but said it is a great relief to the hospital and the people of Grand Bassa now and into the future.

â€œWe worried in the past for patients to buy their own fuel and even sometimes no ambulance. Sometimes it leads to other death, but we are now happy that Rider Liberia is now helping us greatly.â€

Despite recent renovations and resumption of services last October, the hospital could not perform all of its functions due to insufficient budgetary support. With an annual budget of US$200,000 in 2018/2019 Fiscal Year, only US$105,000 was received, a little over 50 percent, in two installments of US$95,000 and US$10,000.

Given that the hospital provides services to residents of three counties â€“River Cess, Sinoe and Grand Bassa â€“ far greater resources will be needed. Most recently, citizens and residents of Grand Bassa mobilized over L$5,000,000 to aid with the purchase of fuel and stationeries for the hospital. The citizensâ€™ effort was triggered by the sad incident in July last year when a pregnant mother, identified as Marie Gorwor, lost her life due to a lack of fuel at the hospital.

With the pronouncement that Rider will now provide fuel for ambulances at the hospital, residents of Grand Bassa and other counties are breathing sighs of. However, more will need to be done by the national government in terms of approval of hospital fees, budgetary support, and the provision of new vehicles for the smooth operation of the hospital.

Regarding the governmentâ€™s commitment last October through the minister of state for presidential affairs, Nathaniel McGill, to provide a vehicle for the medical director, Jawara has disclosed that all efforts to reach out to the Ministry of Finance and Development Planning for the vehicle have to date proven unsuccessful.