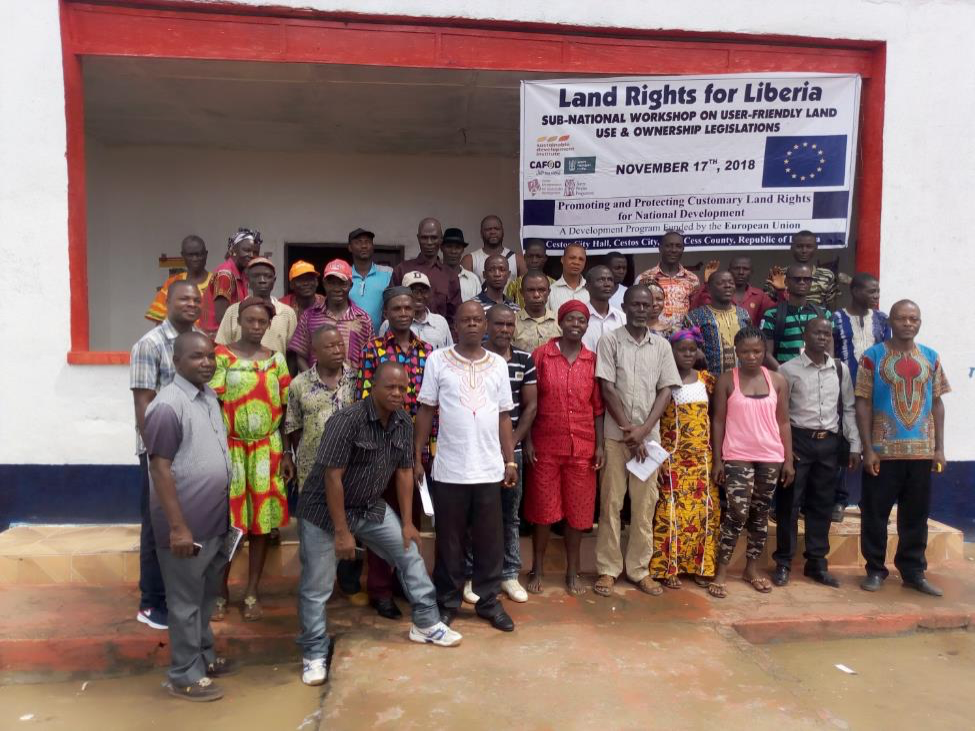 The officials say many traditional leaders lack a clear understanding of the new law, and as such, there is a need for more awareness in order to avoid future conflicts among communities.

Officials made the call at a recent workshop conducted by the Sustainable Development Institute, an NGO advocating for the rights of communities in natural resource governance. That workshop aimed to disseminate information about customary land rights.

With support from the European Union, the workshop brought together district commissioners, paramount and clan chiefs and a cross-section of society.

The River Cessâ€™ county inspector and the acting superintendent, Daniel Tokoe Doe, spoke at the end of the workshop, where he thanked the Sustainable Development Institute for educating local communities about the Land Rights Act.

Doe said other NGOs and the national government should follow suit â€œto educate the community about the Land Rights Act and to also create awareness on how the community can manage the land.â€

â€œIt is true the Land Rights Act has been enacted into law and community people are happy,â€ Doe said. â€œBut if the government and partners do not create more awareness for the community to understand the law, there will be conflicts in the future.â€

Land Administrator Dennis Weagar said awareness is needed from different institutions because â€œmore of the people donâ€™t know what is referred to as Land rights act.â€

â€œThatâ€™s the only way our people will understand what they call land rights,â€ he added.

The district commissioner of Fen River District, Merphy Bloh, added his voice to the call for more awareness.

â€œEven though we as a community have all rights to our customary land, we must learn how to use the land,â€ Bloh said. â€œIf investors come, we should not just go into agreement with them. Letâ€™s consult those relevant institutions for advice. This is why I say there should be more awareness.â€

â€œThe awareness is really needed because we long awaited the Land Rights Act to pass,â€ said Simon Outland, who heads an organization for disabled persons in River Cess. â€œCreating awareness as SDI has done is worth commending. But we the people living with disability need to be included in land governance activities.â€

River Cess is the first county outside Montserrado where SDI has hosted a workshop to raise awareness about the provisions of the Land Rights Act since the law was passed.

â€œTo be very honest, the experiences we got from here have informed the land rights policy, now the Land Rights Law,â€ Kaba said. â€œSo you guys are the grandfather to the land law reform of this country.â€