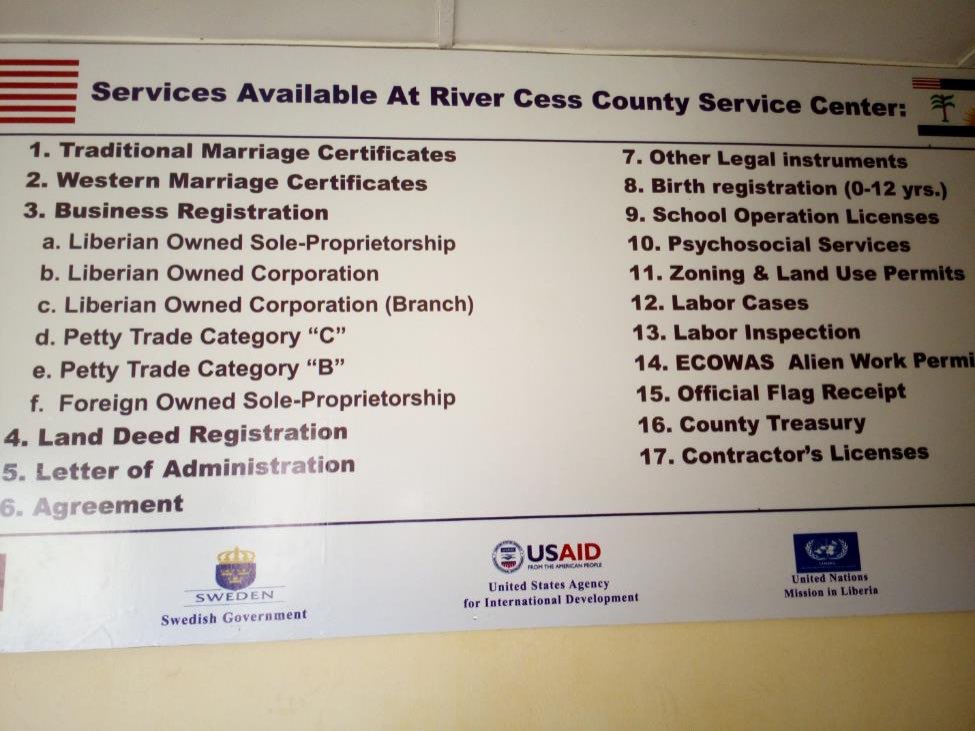 CESTOS, River Cessâ€”Since opening on December 8, 2017, the River Cess County Service Center has not yet been able to run on constant power. The center, which is part of the governmentâ€™s move to decentralize services and activities, continues to host 12 ministries, agencies, and commissions.

The centerâ€™s coordinator, Eric Peterson, has told The Bush Chicken that numerous challenges are hindering the centerâ€™s operations.

â€œThe running of the generator, which is electricity, is not constant,â€ Peterson said. â€œThis has been a very serious problem here. When you come to the service center to process any document, it cannot be done in the absence of electricity.â€

Peterson further noted that the center could not supply power on a 24-hour basis because they have not received financial and logistical support. He said it makes operating the center â€œchallenging.â€

The lack of proper support means that officials at the center often travel to Buchanan, in nearby Grand Bassa, to get some of their work completed because of the lack of logistics and trained manpower.

â€œEven to issue marriage certificates, we have to go to the nearby county like Buchanan to do it because we donâ€™t have the software here and we want to generate revenue for the government,â€ Peterson said. â€œEven the Ministry of Labour, where they should be doing ECOWAS biometric ID card, it has not been done here but we have all of the equipment, but there has been no trained manpower.â€

â€œWe have been flagging these challenges in our reports, and we are told the government is working out things,â€ Peterson added. Government workers in River Cess have been struggling with accessing electricity. The countyâ€™s power plant was looted during the civil war, and officials have not managed to replace it yet.

The current superintendent of River Cess, Bismark Karbiah, promised to have Cestos City electrified before his May 12 induction, but that did not happen.

Besides business owners who run their private generators in Cestos, the St. Francis Hospital is the only government entity that runs on 24-hour electricity.