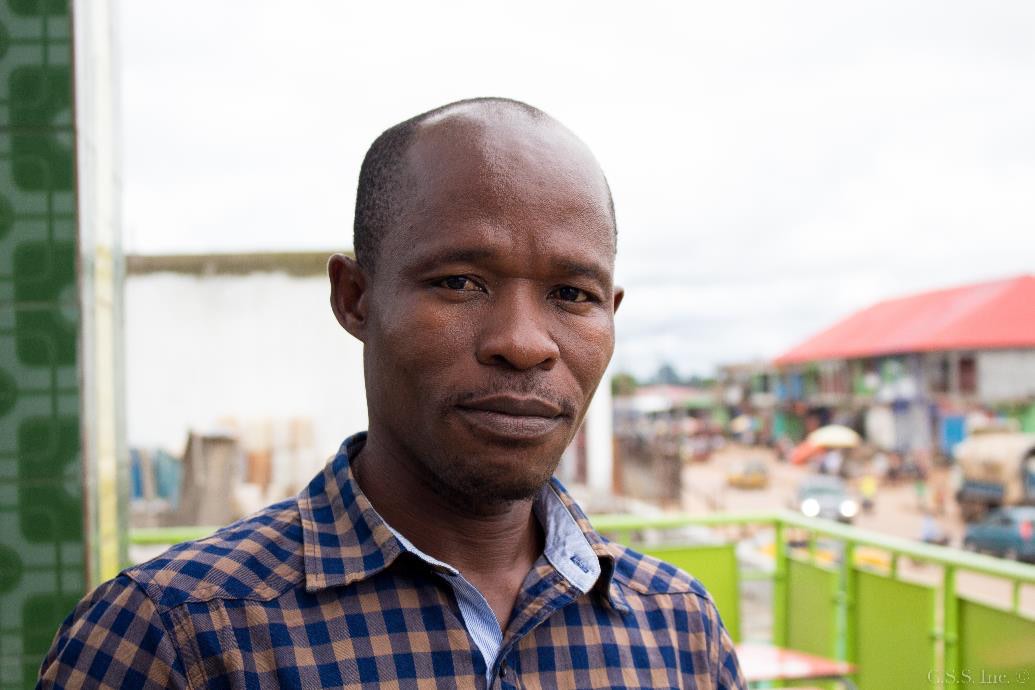 Victor Wilson, a former representative of River Cess, filed the suit against Eric Doue, the manager of Echo Radio Station in Yarpah Town and The Bush Chickenâ€™s River Cess reporter. Saturday Jududoe and Stanley Wrehdyu were also named in the case after they reported on a link between Wilson and former River Cessâ€™ county inspector A. Trokon Browne and a missing construction equipment.

Wilson, according to the courtâ€™s document, alleged that the three journalists, â€œwithout color of law, criminally maliciously, and intentionally published on the media outlet of the Echo Radio, fictitious and [sic] accusation that the private prosecutor did engage in the sale of a yellow machine [construction equipment] which according to the defendants during their radio talk shows, and other programs, actually belongs to the people of River Cess.â€

Wilson further alleged that the defendants continued with their defamation despite several warnings, thus causing serious harm to his name, person and character. Criminal coercion under Liberian law is a misdemeanor of the first degree, and a person found guilty may pay a fine of US$300 or may be committed to prison for a period of one year.

A report filed by Doue and published by The Bush Chicken disclosed that the commissioner of the township of Yarpah, Sampson Mellish, had earlier called on a local River Cess radio station to alert listeners that the machine had been taken by unknown persons.

Two days later, the report says a document was discovered signed by Wilson, former county inspector A. Trokon Browne, and Stephen Menyon. The document waived rights to the machine to a Henry Z. Washington.

It also revealed that the two former officials admitted in separate telephone interviews to giving the machine to the manager of the company, but they said they received no money for the transaction.

On their second appearance after earlier being released on bail, lawyers representing the defendants, Paul Jarvan and William Moore Johnson, in their motion for dismissal, argued that the courtâ€™s writ of arrest contained wrong form of action since there were no elements of force or compulsion to constitute criminal coercion in the allegation brought against the journalists.

According to the defense lawyers, what was presented in the charge against the reporters amounts to an action in defamation and not criminal coercion.

However, Associate Magistrate Abraham Nyonway denied the motion, stating that there were key elements of criminal coercion which were clear and could be answered affirmatively.

Magistrate Nyonway cited section 14.4 of the criminal law: â€œA complaint made orally to a magistrate or justice of the peace shall be reduced to writing on the face of the writ by the clerk of the court, or, if there is no clerk, by the magistrate or justice. The written complaint shall specify the nature of the offense charged and shall contain a concise statement of the acts of the defendant alleged to constitute such offense, and of the time and place of commission of the offense and of the person, if any, against whom, and the thing, if any, in respect to which, the offense was committed. The complaint shall be sworn to by the complainant.â€

Meanwhile, the defense lawyers noted their exceptions to the ruling and said they would appeal the ruling. The proceeding is expected to continue Monday, June 2, 2018.

The Press Union of Liberia has maintained that the courtâ€™s action against members of the journalism community in Liberia is the commencement of a ploy to intimidate journalists in the south central region of the country through a difficult legal form of action.

â€œIt is unacceptable that the rights of journalists and media workers are continuously being violated through different court actions,â€ the union said in a statement.

The union is also calling on the attention of the Supreme Court of Liberia and the Liberia National Bar Association to the situation in River Cess.