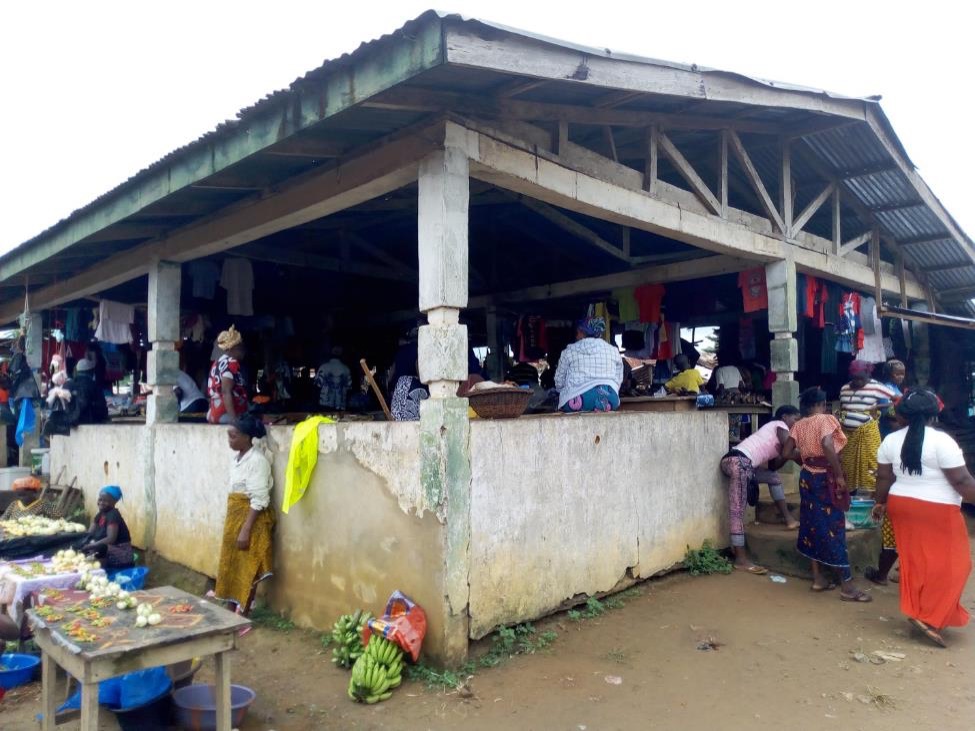 YARPAH TOWN, River Cess â€“ A group of marketers in Yarpah Town are calling for an audit of the head of the River Cessâ€™ branch of the Liberia Marketing Association after they say the associationâ€™s president has not properly accounted for funds collected from marketers and donations made to the association by politicians.

The Sellers Unionâ€™s president, Calvin Bayee, wrote to the commissioner of the Township of Yarpah to audit Marie Zoegoe and her staff. The group said even though those who sell outside the market building pay L$1,500 (US$7.21) per month while those who sell within the building pay L$450 (US$2.16) monthly, in addition to market day fees, the marketing association has not improved the conditions of the building.

Constructed by Catholic Relief Services in 2002, the 17-year-old building stands in the middle of River Cessâ€™ main commercial town, with rusty roofing sheets and moldy walls. During rainy days, marketers said they find it difficult to sell because of the entire building leaks.

Bayeeâ€™s Sellers Union also alleged that the marketing association received US$500 from a politician during the 2017 elections to use on improving the conditions of petty traders, but the money has not been accounted for. The group also said Zoegoe had received five bundles of roofing sheets from Matthew Walley, a representative candidate in the 2017 elections, to use in repairing the building, but that did not happen.

The marketers said Zoegoe, who has run the marketing association since 2011, controls all aspects of the organization and has mismanaged funds. There are 17 markets in the county, but none have toilet or washing facilities.

â€œWe are concerned about the money we have been paying over the years,â€ said Moses Zodehgar, the spokesperson for the Sellers Union. â€œWe usually pay L$400 dollars per table but we canâ€™t see any usage of the money. [In] this whole market, there is no toilet.â€

In response to the claims, Marie Zoegoe told The Bush Chicken that even though she heads the marketing association in the county, each market has a superintendent who is responsible for the conditions of their respective markets.

Zoegoe said she had directed Luke Blodyu, the superintendent of the Yarpah Town Market, to use funds collected from those paying rent to the marketing association to construct a latrine for the market. However, she said he used the money to construct his personal latrine. She further alleged that Blodyu used two of five bundles of roofing sheets donated for the renovation of the market to repair the roof of his own house.

Blodyu denied Zoegoeâ€™s allegations and said she was the one using the marketâ€™s resources for her personal gain. He said construction of the latrine was underway.

â€œAt present, we have already dug the septic tank and completed the foundation of the latrine,â€ Blodyu said. â€œBut when the cement finished, we gave the superintendent [Zoegoe] the money to buy four bags of cement. [Since] last year November, she has not bought the cement. For the zinc, when she brought it, I used two bundles to build this fish market and two bundles to renovate the main market building.â€

The fish market Blodyu mentioned was a structure built with sticks and used roofing sheets behind the main market building. He said he used LD$10,000 (US$48) and two bundles of sheets for the construction. 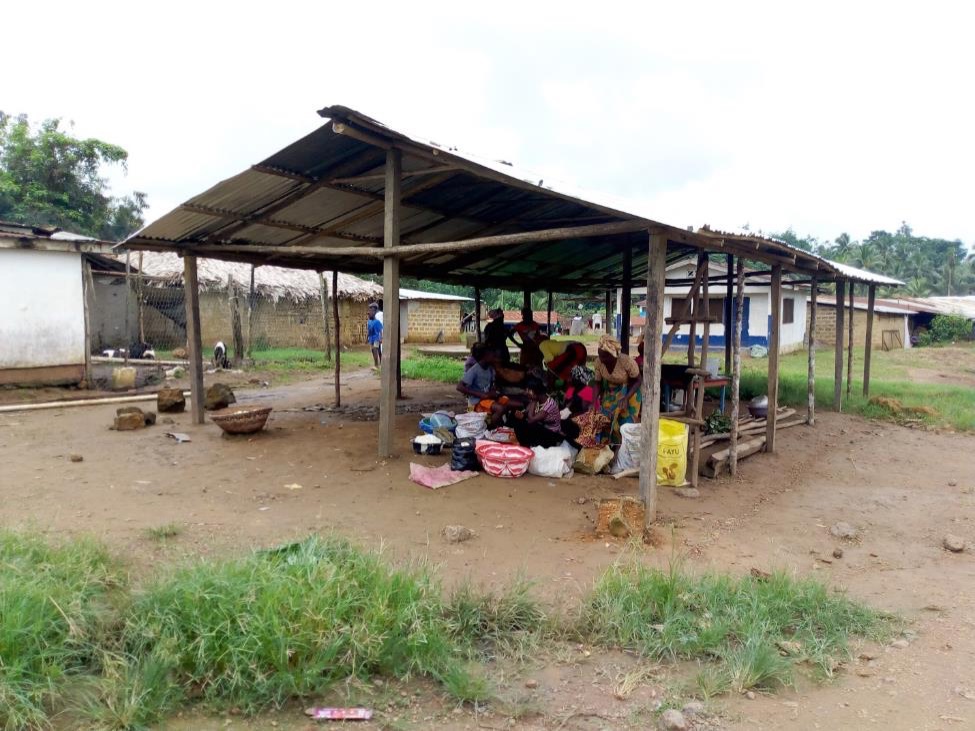 Blodyu said he used L$10.000 and two bundles of zinc to construct this structure behind the main market building. Photo: Eric Opa Doue.

Without an investigation, it is difficult to know whether Blodyu or Zoegoe are telling the truth. According to a case study on the Sirleaf Market Women Fund, the informal sector is heavily dominated by trading and 85 percent of daily market traders are women. Most of these women make under US$2 a day and improvements to markets can impact their income-generating capacity.