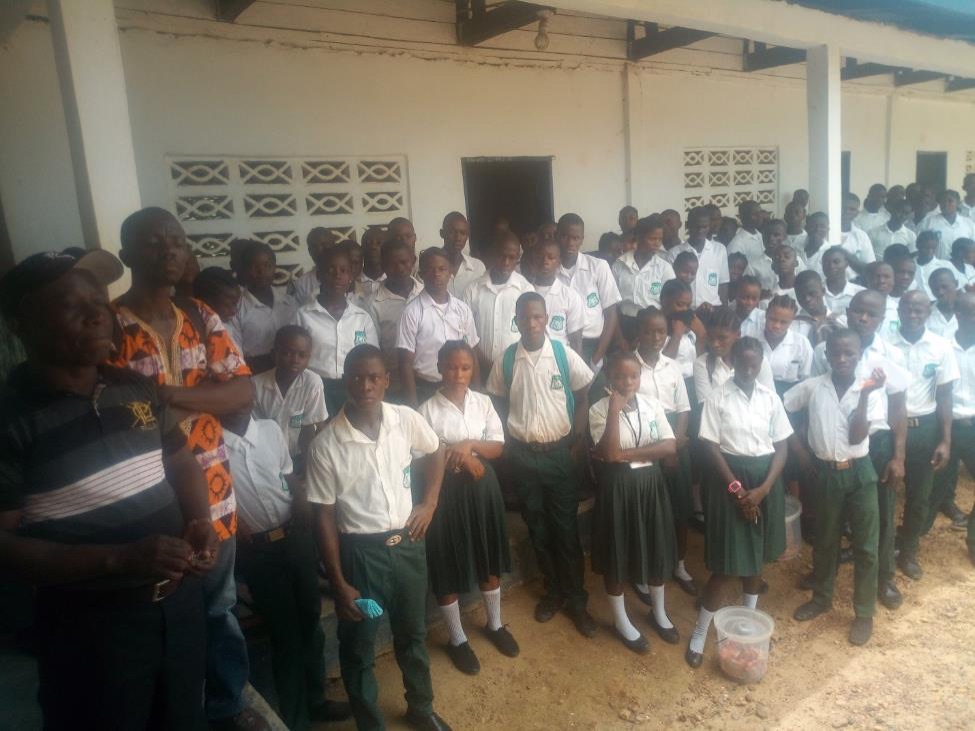 YARPAH TOWN, River Cess â€“ After a protest by River Cess teachers who had not received salaries shut down public schools in River Cess, education officials in the county are now requiring all teachers to register to receive their salaries through mobile money.

Of the 427 public school teachers in the county, only 119 had been subscribed to be paid by mobile money â€“ the rest were receiving theirs through the MC2 branch of the Afriland First Bank.

However, receiving money through the bank comes with delays due to bad road conditions during the rainy seasons. Additionally, since August 2019, teachers getting paid through their bank accounts did not receive their salaries for the months of September, October, November, and December 2019.

The teachers protesting for their salary arrears stayed away from the classrooms after the Christmas and New Year break for two weeks. River Cessâ€™ county education officer, Mick Myers, appealed to the aggrieved teachers in a meeting in Cestos City to return to the classrooms as he Myers and Peter Gargar, the president of the River Cess branch of the National Teachers Association of Liberia, sought a solution to their plight.

Gargar told The Bush Chicken that he met with the CEO of the Afriland First Bank and some authorities of the Ministry of Education and they concluded that all public school teachers in the county should subscribe to the mobile money payment platform. That would enable all teachers to receive their monthly salaries when the funds are available.

â€œIt is better to be with mobile money than to be with this susu club called bank in Cestos,â€ Gargar said. â€œYou will receive your money right on your phone as soon as the government starts to pay for that month.â€

Gargar is not concerned about the limited mobile money vendors in the county. According to him, MTN, which owns the service, will send a team to the county to register all teachers not currently subscribed to the system.

â€œAll the teachers will gather in Cestos on Thursday because the team will be there to do their registration,â€ Gargar said. â€œThis is the best decision I think we have taken.â€

The principal of the Yarpah Town Public School, Amos Qwadakpee Woryonwon, sees it as a challenge for that number of teachers to subscribe with mobile money when there are not many vendors in the county. He told The Bush Chicken that â€œthe problem has just begun.â€

Even though Gargar boasted that MTN will send more vendors in the county at the end of every month to pay the teachers, Woryonwon is afraid that teachers might abandon the classrooms to go to Buchanan or farther to cash out money from their mobile money accounts.

â€œI donâ€™t know but that decision is not going to help it at all because you donâ€™t have people here doing that [mobile money] business and we are talking about 400 plus teachers,â€ Woryonwon said. â€œWe will watch and see, but I, as an individual, am not happy with that decision at all.â€

Currently, Nathaniel Glaydor, who runs a provision shop, is the only vendor in Yarpah Town, where all teachers in Monweh and Central River Cess districts are expected the transact. Glaydor said it has been challenging dealing with teachers from the districts who are currently with the mobile money system. According to him, almost half of the 119 teachers subscribed to mobile money are from both Central River Cess and Monweh districts.

In Cestos, Foday Paye and another man known as â€˜Lonestar Joeâ€™ were the two vendors, but both have left the county. The Bush Chicken has not been able to establish whether there are other vendors in Cestos apart from individuals who are subscribing with the system to receive and send money.

During Gargarâ€™s interview on Echo Radio, many callers were concerned about the unavailability of phone service in other parts of the county. Many of the callers frowned on the selection of one GSM company, which they said could inconvenience some teachers.

Since Gargarâ€™s pronouncement that teachers would no longer receive salaries through the Afriland MC2 branch in Cestos, John Tieh, who manages the bank, has not commented publicly. The Ministry of Education has the highest number of employees in the county, after the Ministry of Internal affairs. Furthermore, not many people in River Cess save with the bank. The decision is likely to affect the operations of the bank.