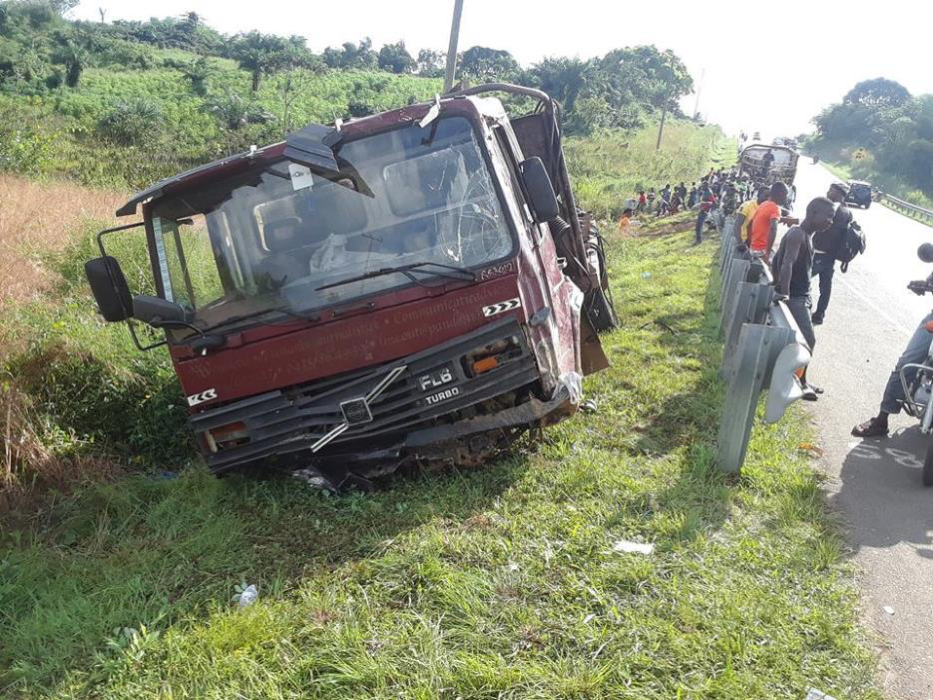 GBARNGA, Bong â€“ A fatal road accident involving a vehicle owned by Senate President Pro Tempore Albert Chie has killed three people along the Salala-Totota stretch of the Madam Suakoko Highway in Bong, according to police in the county.

The victims are Henry Lippay, Papee Nagbah, and another person only identified as Victor. The accident involved a gray and purple Renault truck with plate LB-13846 and took place on Sunday, April 5, 2020, at about 6:40 p.m.

Police say they are yet to identify the other victims in their â€œinformative report,â€ an urgent report gathered from the scene of the accident.

A more detailed report is expected soon, according to the chief inspector of the Traffic Division of the Liberia National Police in Bong, Augustine Kanneh.

There were eight occupants in the vehicle that was operated by Hanslay Gileh, 39, with several other materials on board.

Police say the vehicle is owned by Sen. Chie of Grand Kru and was traveling from Monrovia to Grand Kru with several bags of cement, six drums of petroleum products, handwashing buckets, and hand sensitizers, apparently intended for distribution to help in the fight against the Coronavirus pandemic.

The police report attributed the cause of the accident to excessive speeding.

â€œThe operator was on excessive speed, after A99 Town, opposite Cheawood Farm,â€ the report read. â€œThe front right side tires fired that led the operator to lose steering control and went off the road 91ft into a swampy dish.â€

The report furthered that the operator of the vehicle and four other sustained serious head and body injuries. Police say the operator and another occupant, Sam Toe, were taken to Phebe Hospital in Bong while the others were transferred to the C.H. Rennie Hospital in Kakata.

Asked about what the local police was doing to prevent such accidents from occurring in Bong, Inspector Kanneh said his unit lacked the necessary logistics and equipment to ensure that drivers observe the speed limit along the highway.

â€œThe traffic division does not have a single vehicle, not even a motorcycle to patrol the highway. Moreover, most drivers take advantage of the paved road and overspeed,â€ Kanneh told The Bush Chicken on Wednesday in Gbarnga.

In February 2020 alone, police records in Bong show that there were six road accidents that occurred in the county, resulting in one death and seven severe injuries. A total of seven vehicles were also damaged in these accidents.

The police say full details about the accident will be up soon. That will include the identities of the other occupants of the vehicle and their current health conditions.

Liberia has the highest amount of traffic deaths in the world, according to the World Health Organization, at 35.9 traffic deaths per 100,000 population. In February 2020, senior Liberian officials, including the minister of transport and the inspector general of the Liberia National Police attended the third annual Global Ministerial Conference on Road Safety in Stockholm, Sweden.

There, the Liberian authorities signed onto the Stockholm Declaration, pledging to reduce the number of deaths by road accidents by zero by 2050. The goal is generally known as Vision Zero and has been adopted by municipalities around the world, including New York City.