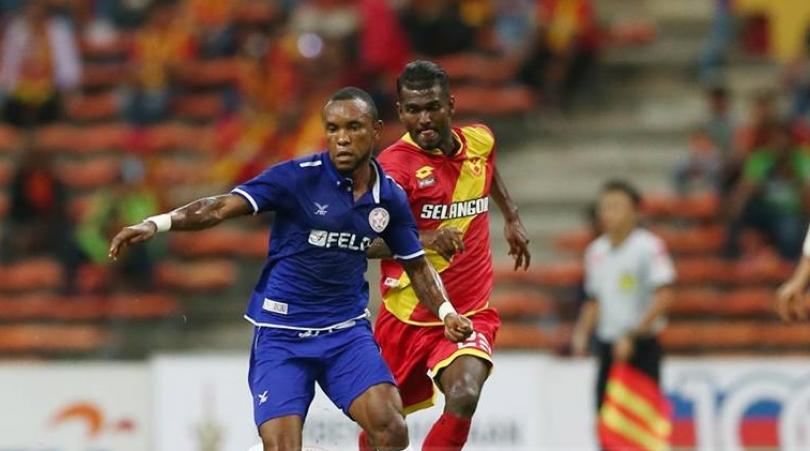 The 2017 Malaysia Super League kicked off last weekend with three Liberians participating in the opening round of games played across the country.

Both teams intensively prepared pre-season and produced a lit up opener with veteran midfielder Zah Krangar climaxing the day with laughter after his side got a narrow 1-0 win.

Having played to a goalless draw in the first half, Felda United returned stronger in the second half of the match to get the only goal of the match through 30-year-old Malaysian forward Norshahrul Idlan Talaha.

Talahaâ€™s 68th-minute strike was enough to deny PKNS from getting a point away from home.

PKNS will have to wait for its second match against Kelantan FA at home to get their first point of the new season, while Felda will be hoping for a better performance in the second match away at league champions, Johor.

Johor stands out to be the best team in the country having won the league three times in a row with a record of 44 unbeaten league games.

Meanwhile, it was a dream start for center forward Francis Forkey Doe whoâ€™s playing for the second time for Selangor. Doe registered his name on the score sheet to help Selangor to a comfortable 2-0 win at home over Penang FA.

The Red Giant took a 35th-minute lead through Adam Azlin before Doe made it two in the stoppage time of the first half. Doe scored with a brilliant right-foot strike from a Saiful Selamat assist.

Selamat intercepted a ball wrongly passed by Penang shot stopper, Sani Kamsani, and immediately handed it to Doe who was ahead with two defenders to beat. Doe, who is not a stranger to scoring â€“ especially in Malaysian football where he has won two golden boots â€“ struck from the edge of the box to beat Kamsani.

Selangor will play at home against newly promoted side Malacca United on Jan. 27 at the Selayang Stadium where they will be hoping to get a second victory.