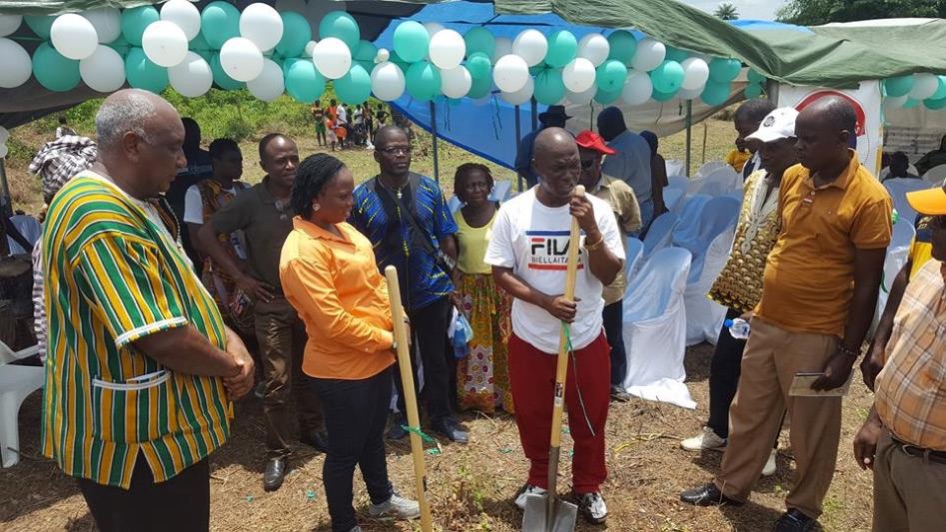 TODEE, Montserrado â€“ The Rubber Planters Association of Liberia has broken ground for the construction of its first national headquarters, located along the Suakoko Highway in Todee District.

The US$70.000 proposed facility will comprise of offices and a resource center when completed.

Wilhelmina Mulbah Siaway, president of RPAL, spoke at the groundbreaking ceremony on Thursday where she said the initiative was a bid to strengthen the organization and put it on par with other regional and international institutions in the industry.

â€œAs we now have a membership with the international community, we stand to host these people in return; with our own headquarters, we would be able to host them and give them similar reception that they give us when we visit them,â€ Siaway noted.

She revealed that the building would also be used to training its members, especially smallholder rubber farmers, about new rubber farming technologies that are yet to be introduced in Liberia.

Although Liberia began cultivating rubber as far back as the beginning of the last century, Siaway said the country still lags countries that recently started developing the sector.

â€œOur country has not been able to acquire the new technologies in rubber farming, especially the introduction of the new breeds of rubber that other countries are engaged into planting; these breeds have greatly proved their production,â€ she noted.

Siaway said Liberia can still catch up, but that would only require the collaborative efforts of stakeholders in the rubber industry and the Liberian government.

Rep. Prince Tokpah, the chair of the Houseâ€™s Committee on Agriculture, Forestry, and Fisheries, was present at the groundbreaking and he praised the organizationâ€™s leadership for its farsightedness in erecting an office space of its own.

The lawmaker from Nimbaâ€™s second district said called the rubber sector one of the bedrocks of the Liberian economy which has over the years been faced with mounting challenges, including the steep fall in the global price of rubber.

He added that these problems have triggered widespread protests across the country on rubber farms and subsequently led to the closure of some farms.

Tokpah revealed that it was the economic difficulties facing the industry that led the National Legislature to allocate US$1.7 million to help revamp the rubber industry. However, Tokpah said no funds have yet been remitted by the Ministry of Finance. He called on the Finance Ministry to ensure that such funding is made available soon, to begin revamping the rubber sector.

Also present was Margibiâ€™s Senator Oscar Cooper, who called on RPAL to provide equal opportunity to smallholder farmers in the provision of loans and training.

Cooper said smallholder farmers are playing an equally important role as their larger counterparts in the economic development of Liberia.

â€œThe small farmers â€“ whether with one or two tappers â€“ are helping with the employment problem in Liberia,â€ he noted.

The Rubber Planters Association of Liberia, Inc. was established by law in 1966.

Sharing
Tags Ministry of Agriculture, Ministry of Finance, Oscar Cooper
Contributions to The Bush Chicken are not tax deductible.