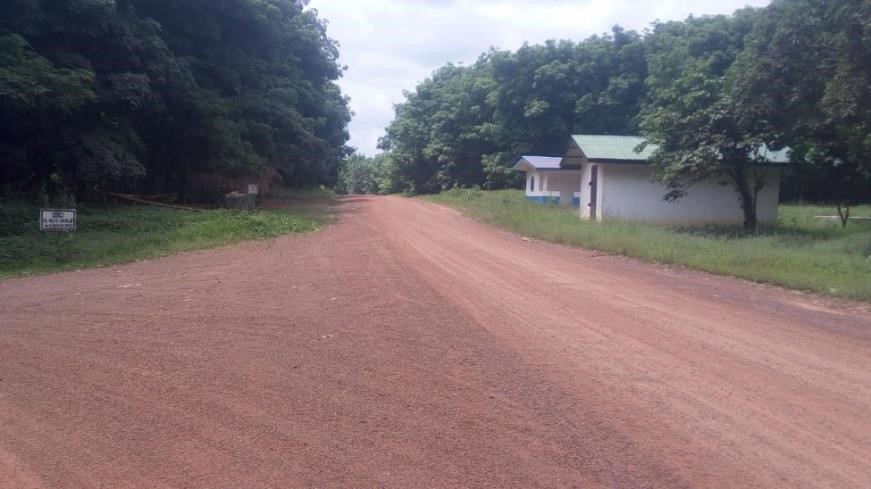 WEALA, Margibi – For at least one week now, operations at the Salala Rubber Corporation plantation have become paralyzed as a result of an ongoing protest by workers demanding better working conditions.

On Monday, November 20, more than 150 tappers subcontracted by J. B. Enterprise to work on the plantation began a strike to demand their employment by the company. The workers claim they were among over 200 employees who were redundant by the company in 2016 because of the decrease in the price of rubber on the world market.

The protesters said the company had laid off 200 employees with the goal of rehiring them in the future. However, the workers said Salala Rubber contracted a private firm to subcontract the redundant workers instead. Now, the workers say they are not receiving their full benefits.

Salala Rubber’s human resource manager, Jallah Mensah, confirmed that the company’s operations had been halted as a result of the strike. He expressed disappointment in the workers’ action, as he noted that the protesters have no legitimate claim against the company since they were not directly contracted by Salala Rubber.

Mensah said, under the current economic conditions, the company cannot afford to carry out employment.

“The market now cannot allow us to do [the] employment they are demanding,” he said, noting that the price of rubber is still low on the world market.

He said the tappers were failing to abide by the terms and conditions of their contract and costing the company to lose money.

The workers had long been aggrieved prior to the ongoing strike. Some had abandoned their assignments in demand of permanent employment and better wages. The tappers said they have worked under appalling conditions and were being denied the fair benefits for their labor.

They also claimed that prior to the protest, previous efforts to reach Salala Rubber about their concerns were not considered.

They said the plantation had not provided them with working tools, including tapping knives, raincoats, and buckets.

Additionally, they noted in a letter to the Ministry of Labor: “The management has constantly applied 50 percent coefficient against our tax production.”

“Secondly, management has paired two tappers with an assigned task of producing unspecified amount of latex, but the 50 percent applied on our production, and the other deductions have made us not to benefit during salary payment. This situation has discouraged almost all of us.”