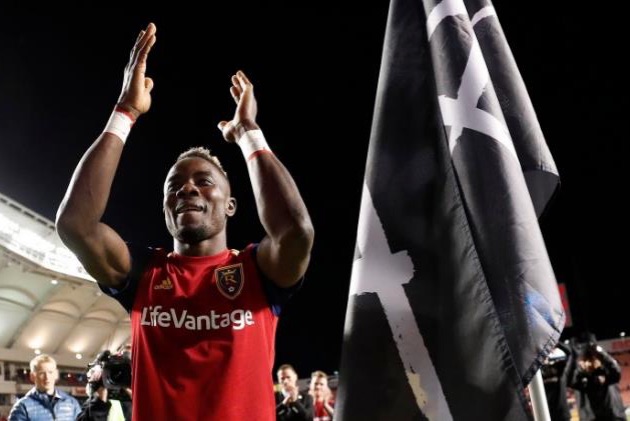 Johnson registered his name on the scoresheet on week four of the 2019 Major League Soccer to help his club grab their second win of the 2019 campaign. He scored once to help them overcome the Orlando City Football Club, the club of former Manchester United Portuguese star player, Luis Nani.

Playing at home, Real Salt Lake were the better side in the opening minutes as they pushed for an early lead. Their efforts paid off well for them in the 17th minute when Sam Johnson got the matchâ€™s opening goal. Johnsonâ€™s left-footed strike from inside the penalty area was too hot for Orlando Cityâ€™s goalkeeper, Brain Rowe, to handle as he watched it beating him to reach the back of the net.

Real Salt Lake defended their narrow lead until the end of the first half and returned in the second half to double their lead in the 55th minute. Croatian midfielder Damir Kreilach doubled the lead for Real Salt Lake and it set them on the path to their second win of the season.

On the 81st minute, Luis Nani scored from a set-piece to reduce the goal deficit. Naniâ€™s 81st-minute strike became the final of the match as Real Salt Lake went on claiming the three points. With two wins and a draw in seven games, they are eighth on the western conference table with seven points.

Meanwhile, it was Sam Johnsonâ€™s first goal in six games. His goal against Orlando City makes him the first Liberian to score in the Major League Soccer in 11 years since Francis Forkey Doe scored twice to help DC United beat New England Revolution 2-1 on September 17, 2008.