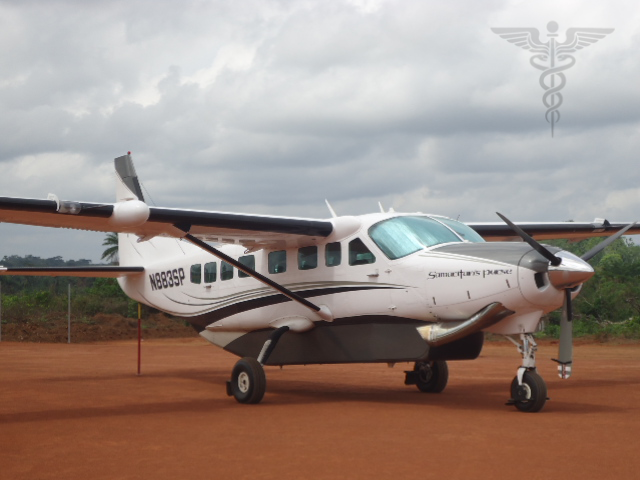 TAPPITA, Nimba â€“ A new airstrip has been constructed and dedicated in Tappita. The 900 meters long airstrip was constructed by the relief organization, Samaritan Purse International, and Mission Aviation Fellowship. It was formally dedicated and turned over to the Liberia Airport Authority on March 19.

Samaritan Purse Liberia Country Director, Kendell Kauffeldt says the facility is meant to enhance easy access to the regionâ€™s referral hospital. He said it was also aimed at problems associated with transporting patients and medical equipment to the facility.

â€œThis airstrip is to buttress the efforts of the Jackson F. Doe Memorial Hospital,â€ Kauffeldt noted.

He commended the Liberia Airport Authority for giving the organization the opportunity to contribute to the development of the aviation sector of Liberia.

He also praised Mission Aviation Fellowship for providing technical and leadership skills for the successful execution of the project. LAA Board Chairman Gbehzohngar Findley received the airstrip on behalf of the government of Liberia.

Dedicating the airstrip, Findley applauded the Samaritan Purse and Mission Aviation Fellowship for jointly working together for the successful implementation of the project.

He challenged the authority and citizens of Nimba County to work closely with the future management team to maintain the facility properly.

â€œThis airstrip is for you, and you must, therefore, take ownership of it,â€ he said.

He cautioned citizens to keep away from the runways of the airstrip. He said there were dangers associated with interfering with the airport operations.

Also speaking at the program, the Managing Director of the Liberia Airport Authority Wil Bako Freeman pointed out that the construction of the new airstrip will greatly ease the many transportation difficulties associated with transporting patients, hospital staff, medical equipment and medicine to the Jackson Doe Memorial Referral hospital. Freeman praised the County Administration of Nimba, headed by Superintendent Fong Zuagele, for providing the earthmoving equipment, which greatly enhanced the construction of the airstrip.

He congratulated the Port Manager of the James Spriggs Payne Airport Emmanuel Taplah for liaising with all parties to ensure the work was carried out on schedule.

He also thanked Samaritan Purse and Mission Aviation Fellowship for their collaborative efforts to construct the project in an effective and efficient manner.

This article has been modified to indicate that the length of the runway is 900 meters long, and not 900 kilometers. Featured photo by Francis Kpaka