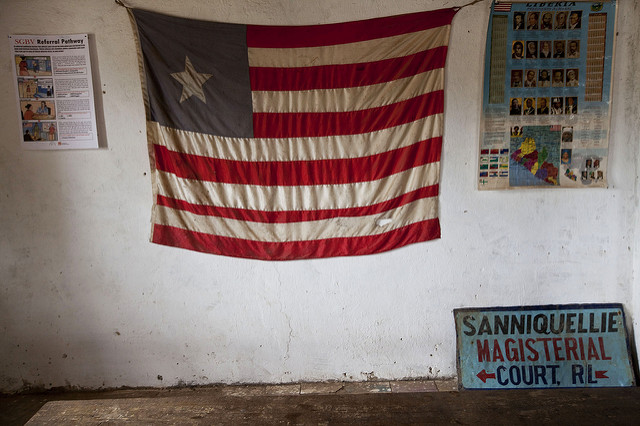 SANNIQUELLIE, Nimba â€“ The eighth judicial circuit court in Sanniquellie has opened for its November term with the resident judge addressing lawyers, magistrates, police, and ordinary citizens in an attempt to promote justice and the rule of law.

Speaking during the official opening ceremony of the court in Sanniquellie, Judge Emery Paye urged residents of Nimba to refrain from taking the law into their own hands and seek justice through the courts.

The resident judge said a citizen must be presumed innocent and allowed to go through the due process of the law, adding that it is necessary to treat every citizen equally under the Liberian constitution.

His admonishment was likely in recognition of the recent incidences of mob violence that Nimba has witnessed, including one that resulted in the destruction of property belonging to businessman Prince Howard. Paye also warned magistrates in the county to stop accepting bond fees from citizens when discharging their stipulated duties under the Liberian constitution.

He noted that the magistrates are paid by the Liberian government and therefore, they should not engage in extorting money from citizens.

At the same time, the county coordinator of the Nimba branch of the Trial Judges of Liberia, Amos L. Nyapue, said Nimbaâ€™s magisterial courts face many challenges.

He named some of the challenges as lack of regular training for magistrates, the lack of office materials including computers, and the scarcity of manpower at magisterial courts across the county.

He said magisterial courts in Nimba were not benefiting from the US$1.5 million dollars annually deposited in Nimbaâ€™s Social Development Fund by ArcelorMittal.

Nyaplue called on the county administration to include the judicial system of Nimba in its development plans.

In response, Nimbaâ€™s Superintendent Fong Garmie Zuagele has promised his officeâ€™s commitment to the eighth judicial circuit court to ensuring that justice is realized in Nimba County.

He called on local leaders in the county to work collaboratively in order to properly dispense justice in Nimba.