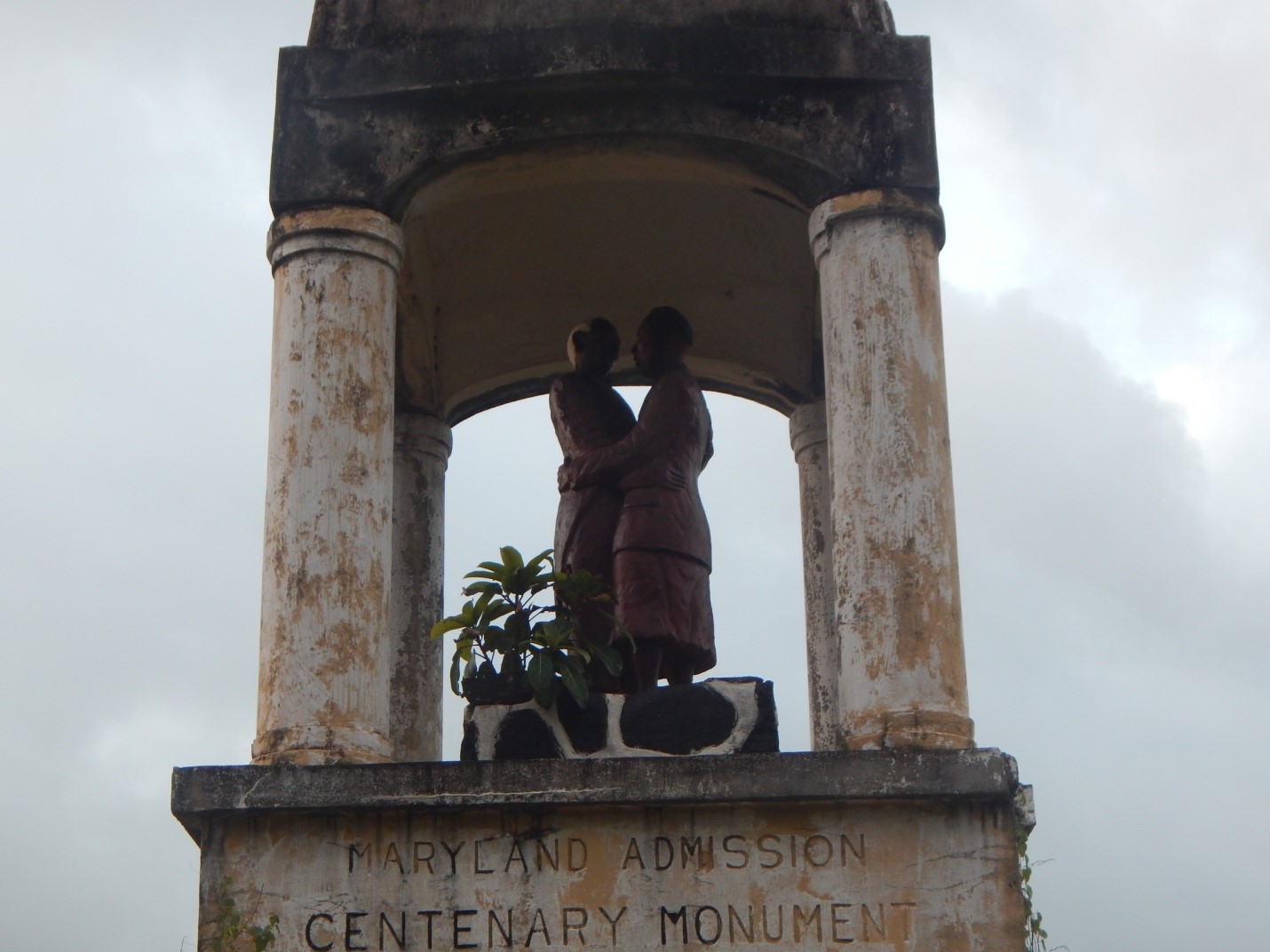 HARPER, Maryland â€“ Located between the Atlantic Ocean and the Hoffman River, the coastal city of Harper is filled with numerous historical and natural sites. The Tulekeh Rock, popularly known as the Devilâ€™s Rock by many residents, is situated a 45-minute walk from Harper. Visitors to the rock can see several colors on the rock, including brown, red, blue, and black.Â Grass and coconut trees can also be seen sprouting out of the rock.

According to some elders in Harper, ancestors of Maryland in the past performed rituals at the rock and also worshiped their deities. However, the name was supposedly changed to Devilâ€™s Rock in the 1970s and 80s because victims of ritualistic activities were always found at the rock. Liberiaâ€™s most famous ritualistic murder case resulted in the mutilated body of Moses Tweah being deposited on Devilâ€™s Rock. As a result of the murder, President William Tolbertâ€™s administration sanctioned the public execution of seven prominent members of society who were found guilty of the crime. The elders say the ritualistic activities still continue today and the latest victim was a young girl in a beautiful dressed was found lying close to the rock. This masonic temple, known as the Morning Star Lodge No. 6, is located on the upper cape. Due to the civil war, the building, like many others in Harper, is abandoned and lies in ruins. Cape Palmas High School is the oldest school in Maryland. The school was constructed in the 1930s and has educated several past and current government officials, including Amos Sawyer. The school is currently awaiting renovation as it suffers from leakages and cracks in its walls. The Maryland Admission Centenary Monument was constructed in 1957 to honor the centennial of the admission of Maryland as a county of the Republic of Liberia. Maryland was formerly a distinct colony and then briefly was an independent nation. The Maryland Admission Centenary Monument shows two scenes. One shows the natives in combat with the Americo-Liberian settlers. The Port of Harper, located 476 miles from the Freeport of Monrovia, was constructed in 1959 on the rocky Russwurn Island. Prior to the civil crisis, the port was an export point for logs and timber from the southeastern region.

It was looted by rebels of the Liberia Peace Council and is yet to return to its pre-war status although the portâ€™s management has embarked on a major renovation of the facility. Lake Shepard is a beautiful lake located adjacent the Cape Palmas High School and Miami Beach. A few tourists and locals visit on weekends and holidays to snap photos. The lake appears to be affected by the advancement of the Atlantic Ocean, which is gradually encroaching on Harper. The existence of the peninsula between Lake Shepard and theÂ Atlantic Ocean is threatened, as the ocean continues to advance closer to the lake. Several coconut trees have been uprooted as a result of the advancing ocean. Dollyâ€™s Beach, which is close to the Maryland Admission Centenary Monument is another area of relaxation in Harper although few people visit the beach as it lacks commercial activities.

All photos by Zeze Ballah