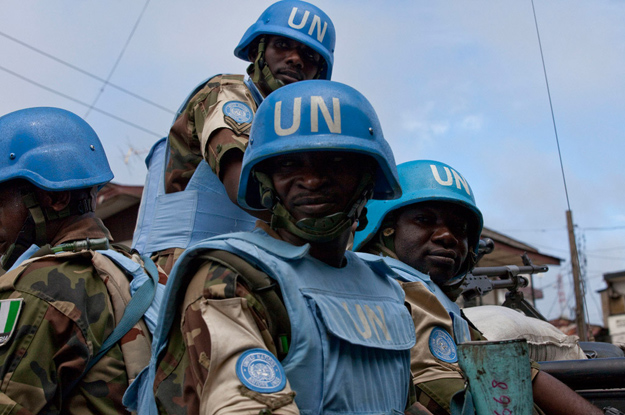 The mandate of the United Nations Mission in Liberia has again been extended until December 31 this year. The decision to extend the operation was made through a Security Council resolution, 2308 adopted on Wednesday. It followed growing concerns from citizens over long term stability ahead of elections in October next year.

The Security Council reaffirmed its readiness to consider withdrawing the operations and consider a future UN presence. This however, will follow a review of situations in the country that will be carried out in mid-November.

â€œAffirming its readiness to consider the withdrawal of UNMIL and transition to a future United Nations presence, the Council recalled its request that the Secretary-General conduct an assessment mission to Liberia to provide recommendations by 15 November, including an update on the proposed modalities regarding the transfer of the regional quick reaction force,â€ UN News blog reported on Wednesday. The report said Farid Zarif, the special representative of the secretary-general and head of UNMIL, told the Security Council in August that many citizens are still concerned about the prospect of the missionâ€™s withdrawal and potential lack of UN support during the 2017 presidential and legislative elections.

â€œThere is a consensus among national actors that the next elections will be a critical test for Liberia’s stability, democracy and development,â€ Zarif said, emphasizing that both the Liberian government and the international community must not lose sight of the arduous path to sustainable peace in the country and the region, which â€œwill require long-term robust engagement by all concerned, particularly by this august council.â€

The resolution, meanwhile states that â€œthere are still concerns that the government of Liberia has not demonstrated sufficient progress” in moving towards “well-functioning, accountable and responsive national institutions.”

Council members stressed that “lasting stability” could only be achieved through the effective rule of law and national reconciliation. They said the responsibility for transparent and fair elections next year, rests with the Liberian authorities.

UNMIL was established in 2003 through the adoption of resolution 1509 with 15,000 uniformed personnel. The action followed 14 years of civil war and conflict in Liberia.

On June 30 this year, the mission transferred security responsibilities to the Liberian government with the reduction of its troops to 1,235 military and 507 police personnel.

Following the transfer of security responsibilities to the Liberian government, opposition political parties, activists, and civil society groups have continuously expressed concerns over the governmentâ€™s ability to take on responsibilities to maintain peace and security, especially during the ensuing elections.

The Congress for Democratic Change, an opposition party, carried out a three-day â€˜hunger strikeâ€™ on the grounds of the U.S. Embassy in Monrovia, demanding UNMIL stay until the 2017 elections.