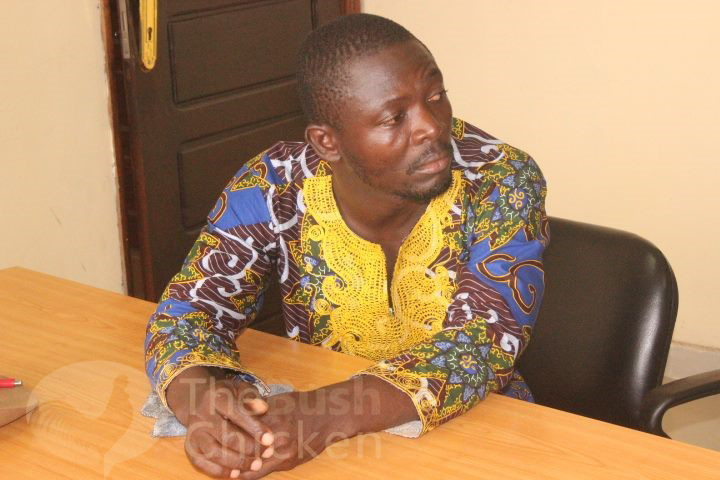 MONROVIA, Montserrado â€“ Strong security measures are said to be in place at the headquarters of Liberia National Police following the arrest and incarceration of Vandalark Patricks at the Monrovia Central Prison last week.

Patricks is the head of the advocacy group Campaigners for Change, a group that has been calling on President Ellen Johnson Sirleaf to step down because of corruption and nepotism.

He was arrested by the LNP and indicted by the grand jury at the Temple of Justice for sedition and criminal libel after accusing Sirleaf of ordering the shooting of several opposition figures at the headquarters of the opposition Congress for Democratic Change on November 7, 2011.

Following Patricksâ€™ arrest, his supporters, led by Janjay Barkpeh, threatened to stage series of protest in demand of his release.

On Friday, February 26, journalists including ordinary Liberians who did not have any form of identification were denied from entering the grounds of the LNP.

Both entrances to the police headquarters on the Capitol Bye-Pass were heavily barricaded with the Emergency Response Unit and Police Support Unit fully on alert. Officers of both the ERU and PSU were also seen standing at strategic locations and patrolling the city.

Some of these officers were also deployed at the Temple of Justice. The heavy presence of the ERU and PSU officers took by-passers by surprise leaving many to wonder what was happening.

Journalists and others who were allowed entry on the grounds of the LNP bags and other personal belongings were thoroughly searched.

According to a police officer who spoke to The Bush Chicken on the basis of anonymity said the Police had received intelligence information that Patricksâ€™ supporters had been planning to stage a protest at the police headquarters last Friday. A scene at the Congress for Democratic Change headquarters on Nov 7, 2011. Photo: Zeze Ballah

The officer said they did not know who exactly were Patricksâ€™ supporters and were also instructed to turn down any suspicious individuals.

â€œWe were also instructed to arrest anyone found to be carrying any deadly material including a knife, razor blade, etc,â€ the officer said.

Meanwhile, a statement posted by talk show host Henry Costa of Voice FM via Facebook said opposition leader Benoni Urey had secured a bond to have Patricks released on Monday.