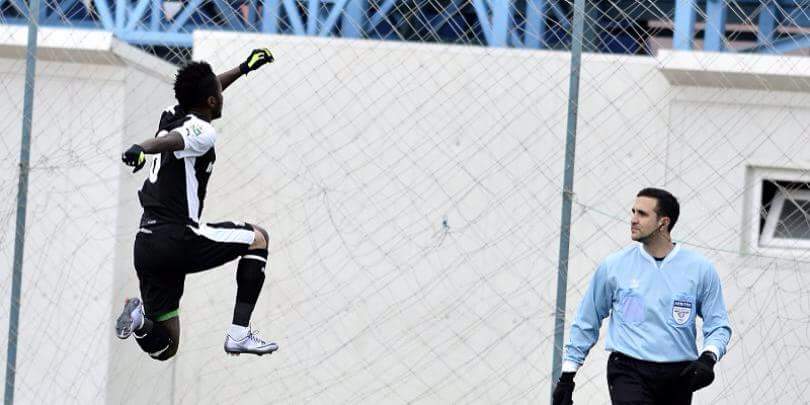 After eight months without a club, Liberian international footballer, Sekou Jabateh Oliseh finally has a job.

The 25-year-old was released by Russian league giant PFC CSKA Moscow on July 1, 2015, after his contract with the club expired.

Since his departure from Moscow, he has been linked with several clubs from Asia and Europe, but was unable to make any permanent move and has since lost his place on the Liberian National Team.

His last call-up to the team was back in September 2015, in Liberia’s 1-0 win over Tunisia, a match which he spent entirely on the bench, playing no minutes.

Less than two months after his departure from Moscow, Oliseh nearly finalized a deal with Qatar Star League side Al Gharafa. However, the club General Secretary, Jassim Al Mansouri confirmed through the club’s official website that the negotiations had come to an end.

On Saturday, March 19, Romaniaâ€™s top league club FC Astra Giurgiu announced it had reached an agreement with Oliseh on a three-month contract. The specifics of the deal were not disclosed.

“Iâ€™ve watched Romanian football,â€ Oliseh said in an interview posted on the clubâ€™s website after he penned the deal. â€œDuring my time in Greece, I played with Costin Lazar, who said much about the league. My agent also told me about the competition here. I know our team and Steaua Bucuresti have some rivalries. No one wants to lose to the other. I just hope to continue to help the team [to keep] winning.”

Oliseh began his career with Nigerian premier league club, Ebedei, before moving to Danish side Midtjylland in 2006. He made five league appearance for Midtjylland and moved on loan to
CSKA Moscow in July 2009.

In December 2009, the loan deal became permanent as Oliseh signed a 5-year deal with CSKA.

Oliseh made his debut for CSKA on 4th October 2009, against Kuban Krasnodar. Despite entering the match as a substitute for striker TomÃ¡Å¡ Necid in the 70th minute, he scored his debut goal nine minutes later, to complete a 4â€“0 victory for CSKA.

Two months after his Russian league debut, he made his UEFA Champions League debut as a substitute against BeÅŸiktaÅŸ on 8 December 2009, replacing MiloÅ¡ KrasiÄ‡ in the 82nd minute.

With CSKA, Oliseh was unable to secure a first team spot due to the presence of fellow attacking midfielder KrasiÄ‡.

Following KrasiÄ‡’s transfer to Juventus, Oliseh received a rare start and did not disappoint.

On January 2013, he joined Greek club PAOK on loan with the deal being in extended until July 2013. At PAOK, he made 23 appearances, scoring four goals.

After his loan with PAOK, Oliseh returned to CSKA in 2014, but was loaned out to another Russian premier league club, Kuban Krasnodar, where he netted four times from 12 appearances.

After five months with Kuban Krasnodar, he returned to CSKA during the 2015 winter break after Kuban declined to extend his loan.