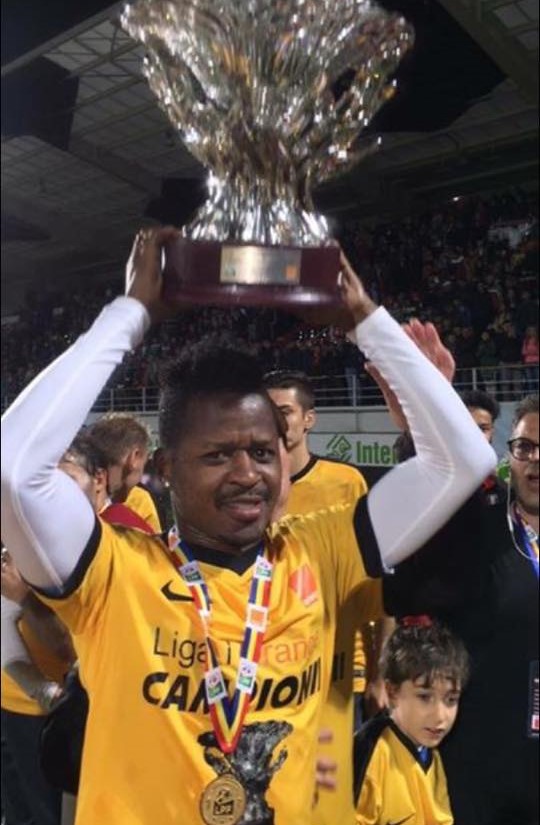 During the civil war in Liberia, a young Liberian winger then named Sekou Jabateh fled to Nigeria. There, Churchill Oliseh, a Nigerian football manager who now manages FC Ebedei in the Nigerian National League kept an eye on the young footballer. Moved by Jabateh, Oliseh adopted the young Liberian boy and helped him become a professional footballer.

After several years of playing in Nigeria, still in his younger years, he came back home to Liberia where he enjoyed a short stint with a Liberian first division team, Gedi & Sons.

Upon his return to Nigeria, he joined FC Ebedei from 2005-2006. Then he moved to Denmark to join FC Midtjylland.

He made his professional debut for Midtjylland on the 2008 UEFA Cup Qualifier first leg against Bangor City, a match in which he was substituted at half time for the Norwegian Petter Furuseth. After three months, Sekou Oliseh made his Danish League debut in a 3-0 defeat away at BrÃ¸ndby IF.

After five months with Kuban Krasnodar, he returned to CSKA during the 2015 winter break after Kuban declined to extend his loan and was released by the CSKA July 2015.

Since his departure from Moscow, Oliseh was unable to get a new club and make a permanent move, causing him to lose his place on the Liberian national team.

After so many short stints in a variety of clubs with no results to show, Oliseh, who was once referred to as the next George Weah or James Debbah, was slowly sinking into oblivion.

During his days without a club, there were many disappointments for the young lad as he failed to conclude a deal with clubs after trials.

In August 2015, Oliseh nearly finalized a deal with Qatar Star League side Al Gharafa. However, the club General Secretary, Jassim Al Mansouri confirmed through the clubâ€™s official website that the negotiations had come to an end.

He returned to Liberia, where he stayed for several months before being spotted by a Chinese super league team, Hangzhou Greentown FC, where he had gone for a trial. However, a deal with the club failed to materialize as he continued his search for a new club.

After eight months without a club, Romaniaâ€™s top league club FC Astra Giurgiu, on March 19, 2016 announced it had reached an agreement with Oliseh on a three-month contract.

Olisehâ€™s new contract came with consolation. Without playing a single league match, Oliseh, who less than three months ago, was considered a flop, eventually became a league champion. On May 2, Astra recorded a 4-2 win over FC Dinamo BucureÈ™ti to become champions of the Romania Liga 1.