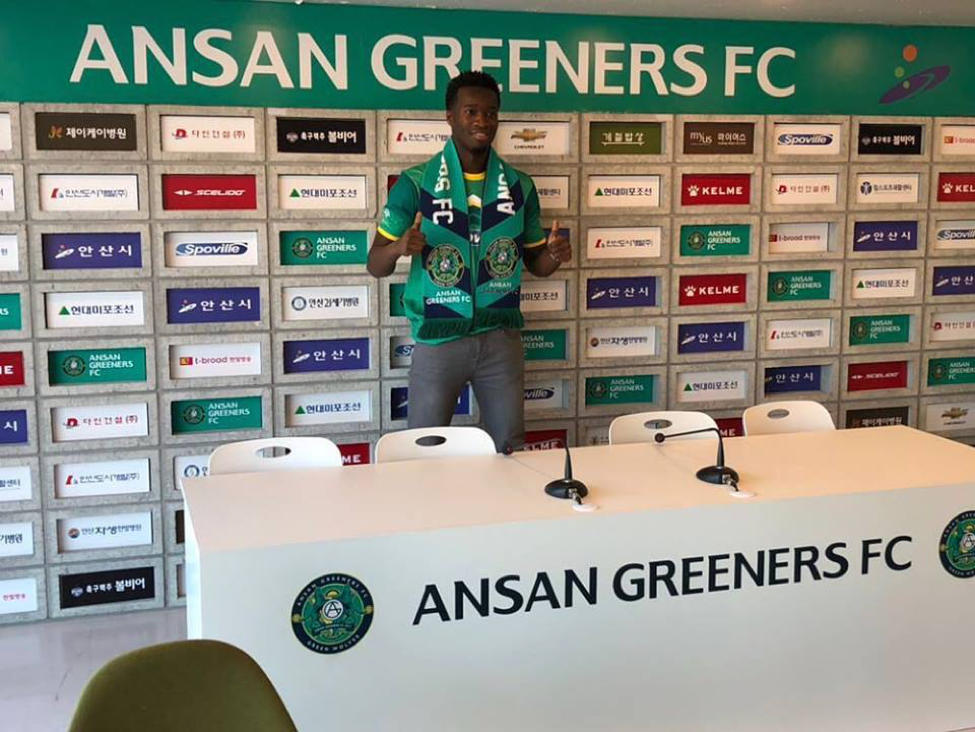 Just less than two months after his contract ran out in the U.S. with United Soccer League side, Bethlehem Steels, Seku Conneh has quickly found a new home to continue his professional football career.

The 23-year old striker joined his fourth club in four years after signing a new deal with South Korean second tier club, Ansan Greeners. Conneh completed the move on Friday, January 5 by signing a deal that will keep him at the club until December 31, 2018 for an undisclosed fee.

The young footballer took many by surprise when he turned his back to European football in 2015 to sign with the third-tier American club, Bethlehem Steel. Before his move to Bethlehem, Conneh was playing in the second tier of Dutch football for FC Oss. Instead of moving to the Dutch top tier, he made the unexpected switch to the U.S. for a team which was on the junior side of Major League Soccer team, Philadelphia Union.

After completing his Bethlehem move, the towering striker revealed to The Bush Chicken that he moved to the club with the hope of making his way to the Major League Soccer. However, his dream was never realized as he failed to gain promotion during his time with the club.

Raised in the Netherlands, Conneh came up through the youth ranks of Elinkwijk, SV Geinoord, Ajax, RKC Waalwijk, and Almere City before signing his first professional career with Fortuna Sittard in the Dutch second tier in 2014.

Conneh managed to score 12 goals in 44 appearances for Bethlehem Steel before his departure to Ansan Green, a newly-formed club. The club was founded in 2017 and competed in the K League Challenge in itâ€™s first season.

Their first season was a complete disappointment as they finished ninth on a ten-team table with 33 points from 36 games. They managed just seven wins, 12 draws, and suffered 17 defeats.

Seku Connehâ€™s move to Ansan Greeners means the striker is yet to play in any top tier since he began his professional career in 2014.