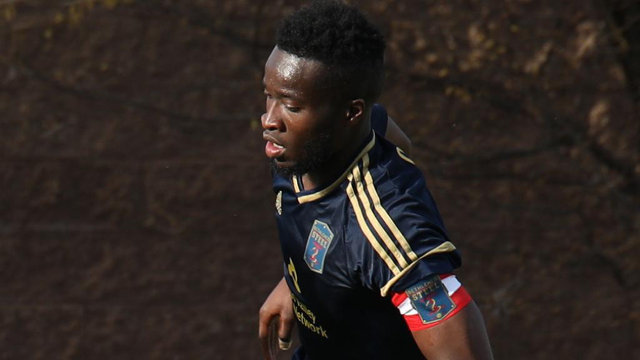 After scoring once in Bethlehem Steel’s narrow 3-2 loss to Rochester Rhino in the Steel’s first game of the season, the 21-year-old striker scored twice over the weekend to help his side grab their first win of the season with a 2-0 scoreline over visiting side, Cincinnati.

He wrote his name in the history book of Bethlehem Steel when he became the teamâ€™s first player to score multiple goals in a single league match. His double against Cincinnati didn’t only write his name in the Steel’s history books; it also caught the attention of the followers of the league, who voted him as the USL player of the week. This is his first such recognition since moving to the club from the Netherlands in 2016.

Despite the early success, Conneh is not resting on his laurels and said he feels there’s still a lot to do as he is aiming to enter the Philadelphia Union Football Club, which serves as the mother club for Bethlehem Steel. The club competes in the Major League Soccer, the top tier of American soccer.

â€œI’m more fit than last year and working harder to improve myself every day and get better, so I can be able to make a step into the first team,â€ Conneh told The Bush Chicken. â€œThat is my main goal for this year and hopefully, I can keep it up with it. This is the most important thing at the moment.â€

He is hoping to continue his good run on Saturday, April 14, when Bethlehem Steel plays an away game at City Islander.