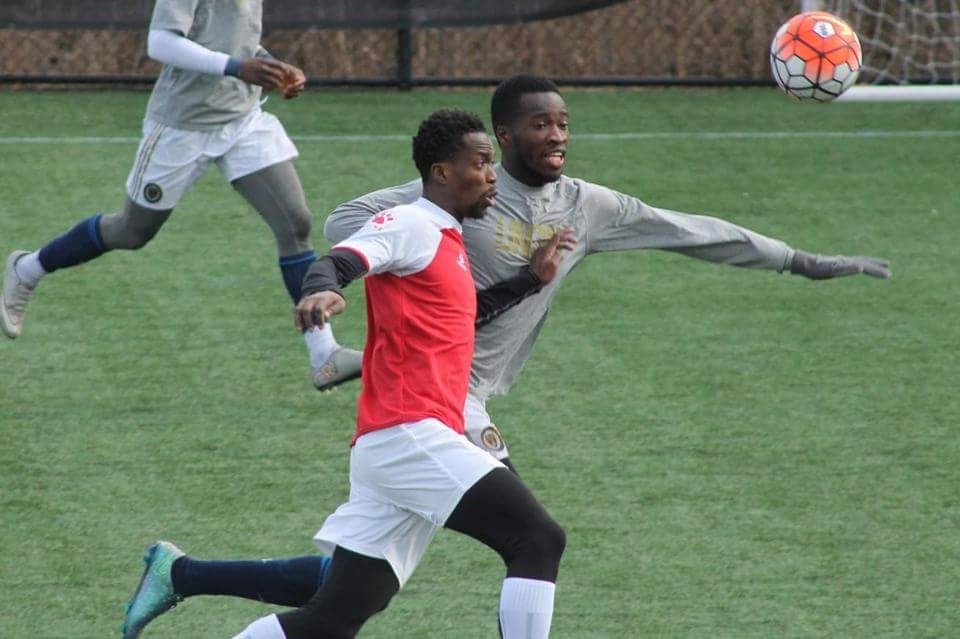 The majority of young, talented African players eventually move to Europe to try to play in the world’s best leagues.

Playing in Europe has become shorthand to mean quality when it comes to talking about young stars playing at a professional level.

However, times are changing. During the 2016 winter transfer period, Liberian striker Seku Conneh bid farewell to European football to join the newly formed club, Bethlehem Steel of the second division United Soccer League. The move sparked serious arguments among Liberians, many of whom considered it a poor decision.

However, Conneh has insisted that he has no regrets about his decision to turn down offers from clubs in Europe to move to the United States of America.

The Liberian international was linked with top clubs in Holland after impressing at the Fortuna Sittard and FC Oss in the Dutch second tier football league. Nonetheless, the striker eventually opted to sign the deal to move to the US, a choice he is adamant was the right one.

“I have absolutely no regrets about my decision to move to America,” the 20-year-old told The Bush Chicken.

“Of course, I have my ambitions and dreams, but I am in no rush with my career. I will hit the top when the time is right,” Conneh said. “The club has some good plans for me. The coaches are busy with every day to help me develop faster. The football in America is getting bigger and bigger, and a lot of young players are moving from here to big teams in Europe. The team believes in me, and I know I can make that step with the right people behind me and God.”

Further, he said he dreams of playing in Europe’s top leagues in the future, but he first wants to impress with Bethlehem and move to the America’s top league, the Major League Soccer.

â€œI hope to score a lot of goals and improve a lot to enable me to be part of the first team. I want to play in the MLS and make a great step from here, a step to a good club in Europe; that’s the dream,” he concluded.

Conneh came through the ranks of Elinkwijk, SV Geinoord, Ajax, RKC Waalwijk and Almere City and developed into a key player at the Ereste Divise (Dutch second tier) since making his official first-team debut in 2014 with Fortuna Sittard.

The Liberian striker made 35 appearances for Fortuna Sittard, scored nine goals before moving to FC Oss where he netted two times from ten appearances.

Sharing
Tags Seku Conneh
Contributions to The Bush Chicken are not tax deductible.