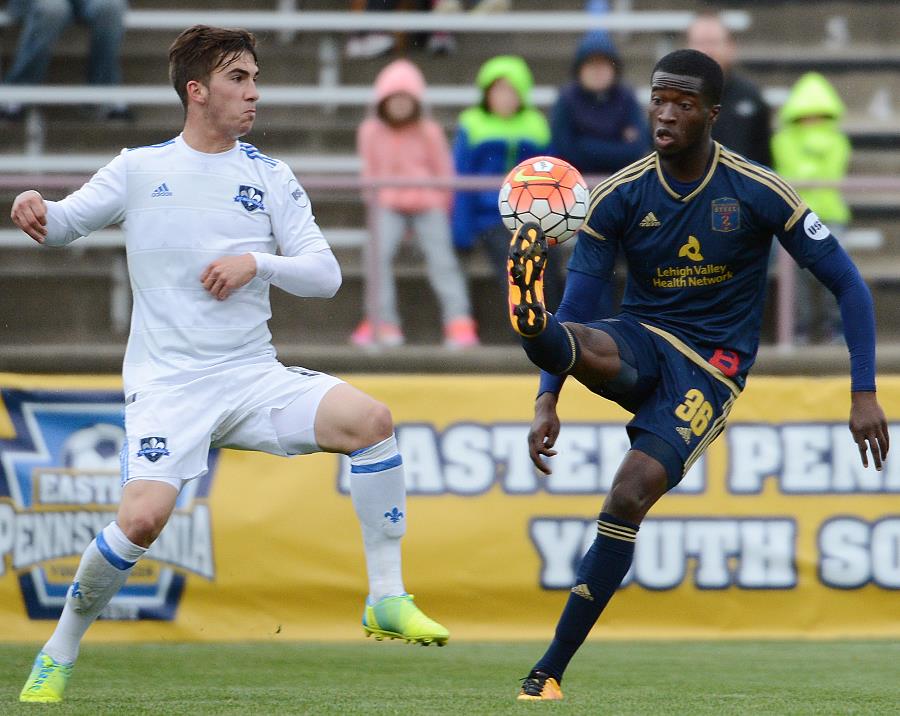 Round two of the 2017 United Soccer League was played over the weekend with Liberian striker Seku Conneh registering his name on the scoresheet in the match involving newly formed USL team Bethlehem Steel and the Rochester Rhinos.

The 20-year-old scored his first goal of the 2017 league season but couldn’t prevent his Bethlehem Steel from suffering a narrow loss at home against the Rochester Rhinos.

The former Fortuna Sittard striker scored his side second goal from the penalty spot in the 72nd minute as they went down 3-2 after the final minutes.

The visitors took a well-deserved lead in the second half after goals from Darius Madison and Wal Fall in the 9th and 34th minutes, respectively, put them ahead by two goals. Steel pulled one back in the stoppage time of the first half through Charlie Davies from the penalty spot to go to the break with a 2-1 score line.

Bethlehemâ€™s late goal in the first half looked to have given them the hope of getting a positive result before the sound of the final whistle as they came back stronger in the second half. They, however, failed to make use of their chances until the 70th minute when center referee Jorge Ramirez awarded Bethlehem its second penalty. Rochester’s left back, Ryan Felix brought down the Jamaican forward, Cory Burke and Conneh converted the penalty to a goal to level the score.

With the score at 2-2, both teams were aiming to share the points until Rochester stole the show with two minutes left. Jochem Graf capitalized on an error by the Steel’s defense to put his side ahead again. The visitors kept their defense tight as Bethlehem found it difficult to get a goal again and bowed 3-2 on home soil.

With no points collected, Bethlehem Steel sits 11th on the Eastern Conference table after just one game. They will go in search of their first point of the 2017 season when they host FC Cincinnati in their second game of the season on Sunday, April 9.

Photo courtesy of The Morning Call