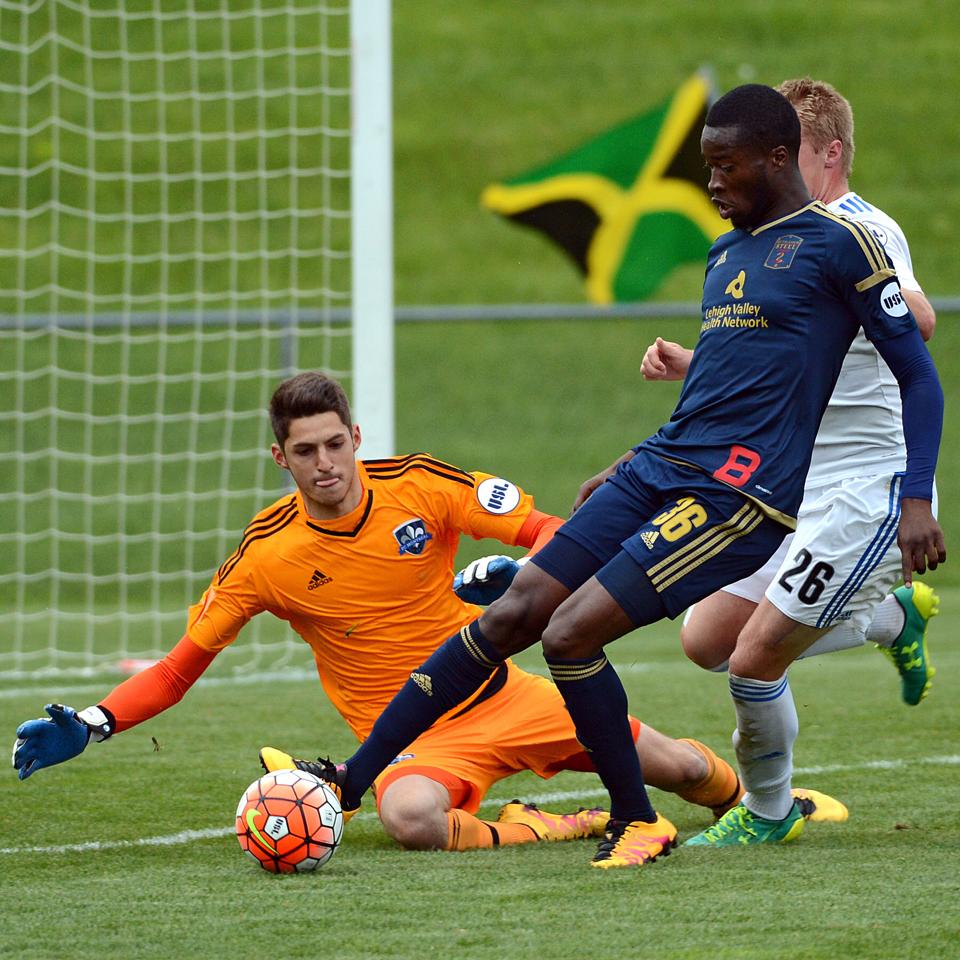 After a series of pre-season games, Conneh was left out of Bethlehemâ€™s 1-0 win away at FC Montreal in their league opening match before making his official debut with the Philadelphia-based club in a 2-1 loss away at Cincinnati Football Club in the match day-2 of the USL.

Since his official debut, Conneh made seven appearances and played 364 minutes without a goal. The 20-year-old forward had to wait for his ninth game before scoring his first league goal to help Bethlehem secure a 1-1 draw away at Wilmington Hammerheads.

Despite leaving Holland for Americaâ€™s third tier team, Conneh has so far struggled to make Bethlehemâ€™s first team. Of his nine appearances, he made four starts and came on as a substitute in five matches. However, he believes scoring his first goal for the club is a big step closer in getting on the first team.

â€œFirst of all, Iâ€™m happy that I finally scored my first goal for Bethlehem,â€ he said. â€œIâ€™ve been wishing for it, and God has helped me. Now, Iâ€™m only focusing on getting into the first team. It requires a lot of hard work, which Iâ€™m doing. Iâ€™m not just happy about scoring my first goal for the club, but I believe itâ€™s a big step closer for me to become a regular starter. Now that I have scored and Iâ€™m working harder to get couples of goal before the season ends.â€

The draw away at the Wilmington Hammerheads has taken Bethlehem to 10th place on the Eastern Conference league table with 17 points. Connehâ€™s Bethlehem will be hoping to get their fifth win of the season when they host Richmond Kickers in their next match on Saturday, June 25.