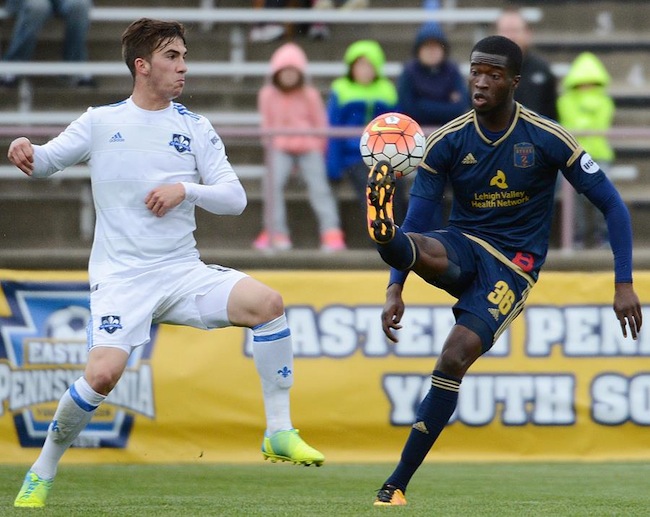 Conneh began the 2017 season with a goal in his sideâ€™s narrow 3-2 loss at home to the Rochester Rhinos and played a major role in helping them bounce back to victory in its second match.

After playing to a goalless draw in the opening half, where the visitors were shown red cards in the 23rd minute and Conneh missed from the penalty spot, Bethlehem returned after the break with a formidable force that saw them hit the back of the net with just two minutes into second half.

Conneh, who was the day’s captain, scored his sideâ€™s first goal with a run from the left, dribbling two players along the way before striking into the top right corner of Cincinnati’s goal. The young Liberian doubled the lead 13 minutes later with a close-range shot from American winger Santiago Moar’s assist.

Moar made a brilliant run from the right side and made his way through Cincinnati’s defense and passed the ball out to Conneh, who was in the right position to get the back of the net.

Conneh’s brace took the Philadelphia-based club from 11th to 10th on the Eastern Conference USL l table with three points from two games, while Conneh sits among the top five goal scorers with three goals each. His brace set him a new record for the club by becoming the first Bethlehem Steel player to score more than one goal in a single match.

Bethlehem travels to 11th place City Islander on Saturday, April 14 where they will be seeking their second league victory.