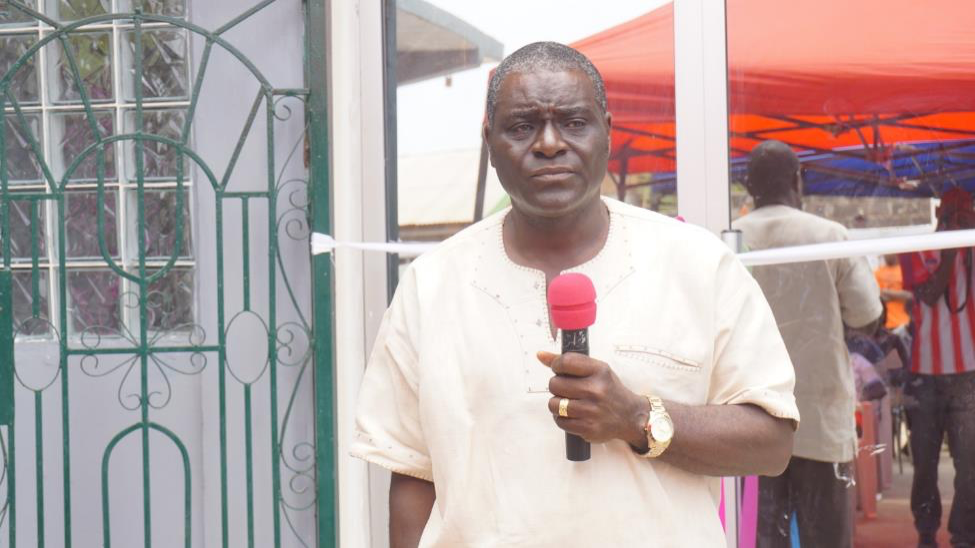 MONROVIA, Montserrado â€“ Grand Kruâ€™s Sen. Peter S. Coleman has dispatched a communication to Albert Chie, Senate pro tempore, complaining about the high charges levied on the importation of goods at the Freeport of Monrovia.

In his communication dated on February 13, 2018, Coleman said the high charges on goods are done at the detriment of struggling Liberian businesses, noting that the issue could â€œhurt the revenue generating capacity of the Free Port of Monrovia.â€

â€œI am bringing this issue of the continuous increment in the customs duties and port charges at the Freeport of Monrovia and its adverse consequences it is exerting on Liberian-owned businesses as well as the revenue generating capacity of the economy,â€ Coleman said in his letter.

He noted that as far back as 2008, many business people and port users would release a 20-foot container of general merchandise or mixed clothing purchased from China for under US$5,000 while a 40-foot container was also released for US$9,000. The Grand Kru senator said since the Ebola outbreak, those charges have now tripled.

â€œThe [National] Port Authority, her partners to include APM Terminals and Liberia Revenue Authority have had challenges in setting up a one-stop window as the associated paperwork is cumbersome and charges are fluid,â€ he stated.

The Grand Kru senator added that during the week of February 5-9, 2018, National Port Authority management announced a 100 percent waiver on storage and demurrage fees on over 180 abandoned containers. The demurrage fees are assessed when owners of goods fail to take their goods in the agreed upon time.

Coleman said the high fees led to those containers overstaying at the port, resulting in â€œmany Liberian businesses to be left stranded.â€

As a result of the high customs duties and port charges coupled with the bureaucratic bottleneck faced by Liberian-owned businesses, Coleman said port users are now using other ports in the sub-region, including in Guinea, Cote Dâ€™Ivoire, and Sierra Leone, which he said have lower customs duties and port charges. Those goods are then transported by land into Liberia, he added.

This action by businesses, according to Coleman, has led to a drastic reduction of ship and containers entering the Freeport of Monrovia and consequently, a reduction in revenues for the country.

Coleman pleaded with Sen. Chie that the Liberian Senate should have a public hearing aimed at arriving at informed recommendations to resolve the developing trend.