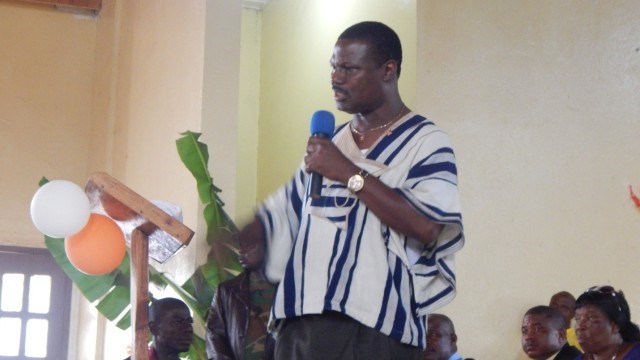 GANTA, Nimba â€“ Senator Thomas Grupee in an interview with Radio Kergheamahn in Ganta disclosed that he would introduce a bill instituting capital punishment for those involved in ritualistic killings.

He added that the proposed law would scare people from taking innocent lives for ritual purposes. Grupee has said this initiative would be his priority when normal legislative activities resume on Jan. 12.

â€œThere should be capital punishment for people involved with killing other peopleâ€™s children for either riches or power,â€ Grupee said. â€œThis cannot go on.â€

Grupee recalled that during the administrations of former presidents William V.S. Tubman, and William R. Tolbert, death sentences were instituted for people found guilty of ritualistic activities. He argued that having this law active would not be something new.

â€œDuring the Tubman administration, A. B. Anderson, an Americo-Liberian and also a representative at the Legislature, was sentenced to death because he was found guilty of ritualistic killing,â€ Grupee added. â€œBesides that, another professor from Nigeria was sentenced to death after being convicted of murder.â€

â€œIf people who are found guilty of such acts are sentenced to death, that will serve as a deterrence to others who may want to commit such crime,â€ Grupee noted.

Grupee stressed that capital punishment was the only way to curtail the increase in such murders.

He added: â€œAlthough we all have the right to live, one should be aware of the fact that where your rights stop another personâ€™s rights begins; whether it is a little child or not, everyone was created in the image of God equally.â€

While Grupeeâ€™s proposed bill focuses on increasing penalties, he did not mention if and how the bill would impact other levels of the criminal justice system. The US State Departmentâ€™s 2014 Human Rights Report on Liberia cited â€œinadequate police investigation and evidence collection, poor file managementÂ and rampant allegations of extrajudicial settlements and judicial corruptionâ€ as significant challenges to the criminal justice system.

In October 2015, Chief Justice Francis Korkpor complained that there were too many cases on the docket due to delinquent judges and magistrates, a situation that was undermining confidence in the justice system. In July 2015, the Ministry of Information reported that 274 rape suspects were freed because the courts lacked financial resources to provide public defenders for the suspects, who had been held for years without any trial.

The National Legislature is currently observing its annual agricultural break that went into effect in August 2015.