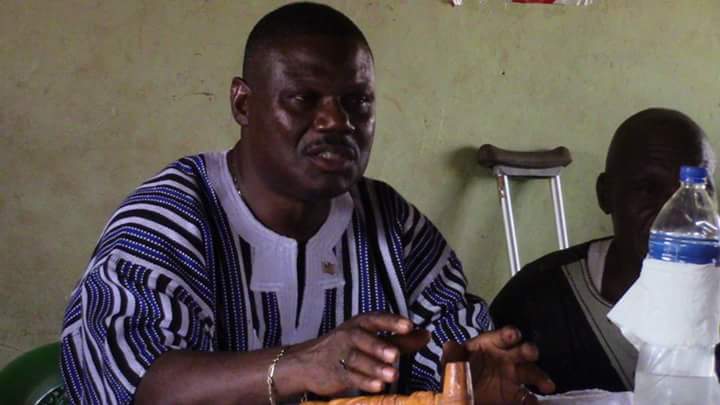 GOMPA, Nimba â€“ Sen. Thomas Grupee of Nimba has called for a revision of the Mineral Development Agreement between the Liberian government and steel giant ArcelorMittal.

Grupee is making the call because he said the Nimba County Legislative Caucus was not informed about the operations of ArcelorMittal at Mt. Gangra, which started in October 2016.

â€œThe reason is that we were never informed as a caucus of the county.â€ Grupee Said. â€œThe process is ongoing because of the arrangement they have had with the executive. The county administration informed us at a later time when all of the arrangements were done, and that was too late for us to stop AcelorMittalâ€™s operations.â€

In October 2016, AcelorMittal held a special meeting in Sanniquellie with the Nimba County Administration that was headed by the former County Superintendent Fong G. Zuagele.

During the meeting, the communication officer of ArcelorMittal Liberia, Hasta Baker, told the county administration that the company was moving its operations from Mt. Tokadeh to Mt. Gangra in search of high-grade iron ore for export to the world market.

Baker said the companyâ€™s decision to move to Mt. Gangra was a means of recovering from the reduced iron ore price on the world market and the Ebola epidemic that broke out in the country in March 2014.

During the meeting, Zuagele called the company a â€œreliable partnerâ€ to the people of Liberia and the government.

â€œWe have come here today along with the management of ArcelorMittal Liberia to assure our people, particularly the people of Nimba County, [and] Liberia, that this company remains a reliable partner to the people and government of Liberia,â€ he said. â€ArcelorMittal has helped to keep food on the tables of Liberians and other foreign nationals who are working for the company; Her presence in Liberia assures all of us, especially citizens from Nimba, that our Social Development Fund that is paid by this company will continue to come.â€

Grupee acknowledged that the license issued to AcelorMittal under the 2005 mineral development agreement also covered Mt. Gangra, but he said â€œMount Gangra is a â€˜virginâ€™ mountain that has never been minedâ€¦ they have taken all the [direct shipping iron ore] â€“ the high-grade iron ore â€“ from Mt. Tokadeh and so now, the low grade is not too profitable for them and they want to go to Mt. Gangra that has the high-grade iron ore.â€

Grupee said he fears that after depleting the high-grade ores from Mt. Gangra, ArcelorMittal would pull out of the country.

â€œNow, we have requested for the revision of the MDA,â€ he said. Grupee added that the way to stop ArcelorMittal from going ahead with its plans is to review the mineral development agreement. â€œThe executive is looking at it; the Senate Committee on Land, Mines, and Energy is also working along, looking at the MDA.â€

ArcelorMittalâ€™s operations at Mt. Gangra, according to its communication officer, would see the company make use of feeder roads to transport ores to its pickup point, at which time it would be railed to the port city of Buchanan for export. Grupee said this arrangement is hazardous and therefore, warrants revisiting the agreement.

The company has since moved to Phase Two of its operations in the country, and according to the MDA [Mineral Development Agreement], ArcelorMittal Liberia should now begin constructing a US$1.7 billion concentrator plant that should have the capacity to hold 15 million tonnes or ores.

In a statement issued on the Companyâ€™s website, it states that â€œThe Liberia Phase 2 Project to invest US$1.7 billion in constructing 15 million tonnes of concentrate capacity and associated infrastructure has been delayed. This follows the contractorâ€™s declaration of force majeure on August 8, 2014, due to the Ebola virus outbreak in West Africa.

â€œGiven the project delays and ensuing rapid deterioration of iron ore prices, the Company is assessing its options to progress with this project. Phase 1 operations are continuing as normal at this time and to date have not been affected by the Ebola situation in Liberia.â€