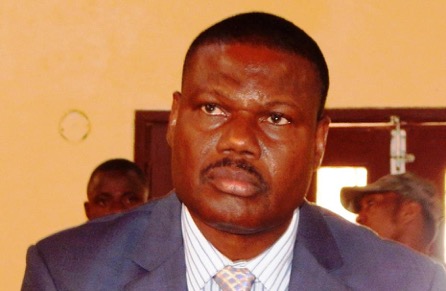 GOMPA, Nimba â€“ After languishing at the Liberian Senate for more than six months, a bill introduced by the Sen. Thomas Grupee that requires Senate confirmation of presidential appointees at state-owned corporations has received overwhelming support from his colleagues.

The bill was reintroduced in plenary on Tuesday, April 4 by the Nimba senator. It has since passed and has been forwarded to the president for signing.

Speaking to Radio Gompa last week, Grupee said putting this bill into law would assist the Senate to have a complete oversight of public corporations, whose managers are currently picked by its board of directors with the presidentâ€™s endorsement.

â€œThis bill has been laying in the Liberian Senate for about six or seven months, but we were able to pass that bill yesterday,â€ Grupee said during the interview.

The Liberian Senate has the constitutional mandate to confirm or reject individuals appointed by the president to occupy public positions including all ministers, assistant and deputy ministers, and local officials such as superintendents and city mayors.

â€œThere are certain presidential nominees [who are] not subjected to confirmation,â€ Grupee clarified. â€œFor instance, directors of public corporations â€“ the director general of the Liberia Electricity Corporation, the director general of the Liberia Petroleum Refining Company, the National Port Authority and even the commissioner general of the Bureau of Maritime Affairs â€“ all of these people are not subject to confirmation because the act that established these agencies said that these people should be only picked by the board.â€

According to the Nimba lawmaker, this â€œloopholeâ€ has limited the Senateâ€™s ability to check and balance the executive branch.

â€œBecause these people were not subject to confirmation, our oversight responsibility to these agencies, especially what we call the state-owned enterprises, was limited,â€ he said.

Many of these agencies being targeted are major sources of revenue for the Liberian government.

â€œThese people assume huge responsibilities for the government,â€ Grupee added. â€œThese are revenue-generating agencies, so when they are not subject to confirmation, it makes it bad for our country and accountability is not assured.â€

Grupee said if the president vetoes the bill, he is confident that the senate would have the two-thirds majority vote needed to override her veto.