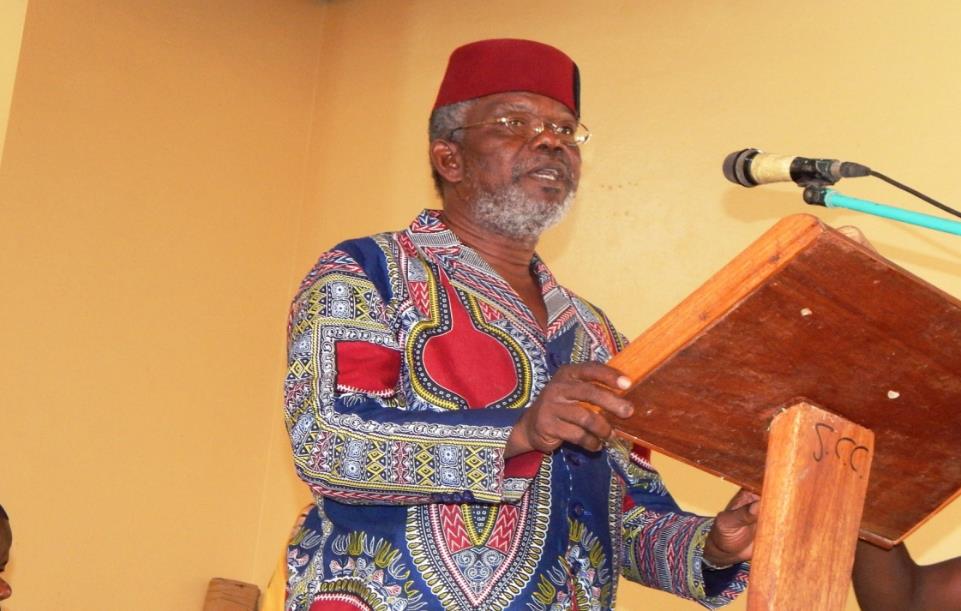 KAKATA, Margibi â€“ Nimbaâ€™s Sen. Prince Johnson and former rebel leader of the defunct Independent National Patriotic Front of Liberia has stated that he has no regrets over his role in the 14-year civil crisis.

Johnson, who is also the presidential candidate for the Movement for Democracy and Reconstruction, addressed a recent political rally in Kakata where he said his role in the civil crisis is irrelevant to his quest to offer a better leadership for his people.

He noted that it is unfortunate for opposition parties to keep negatively bringing up his role in the civil crisis as part of their campaign strategy against him.

â€œAll they can say is the man foughtÂ war and killed,â€ Johnson said. â€œIf we will focus on the war, who gave me all the heavy machine guns?â€ he said, possibly alluding to prominent politicians like President Ellen Johnson Sirleaf who has admitted to helping fund former President Charles Taylorâ€™s rebellion.

Johnsonâ€™s warring faction was linked to the commission of atrocities during the civil war that left over 200,000 people dead.

In 2009, former President Taylor testified on trial at The Hague that Johnson had killed Liberiaâ€™s former president, Samuel Doe, in 1990.

Johnson, who is now also a pastor in addition to being a politician, has denied killing Doe, despite a well-publicized video of him drinking beer as he ordered his men to cut off the former presidentâ€™s ears.

Speaking to Liberiaâ€™s Truth and Reconciliation Commission in 2008, Johnson acknowledged his forces held Doe but said others, whom he did not identify, were responsible for the former presidentâ€™s death.

In response, the former chairman of the Truth and Reconciliation Commission, Jerome Verdier, told The Bush Chicken, that he was not surprised to hear the statement made by Johnson, who he called a war crimes perpetrator.

â€œIn a political space of impunity whereby the governors like Prince Johnson and President Sirleaf are perpetrators of serious crimes against their people, without remorse, no one should be surprised at their braggadocious disposition,â€ Verdier said.

Verdier said he looks forward to a day when Johnson and others who are accused of similar crimes can be brought before the law to determine their guilt or innocence.

â€œPrince Johnson and all accused or culpable persons will be brought to justice, assuring them of opportunity to exonerate themselves or be prosecuted as justice and the rule of law demands,â€ he added.