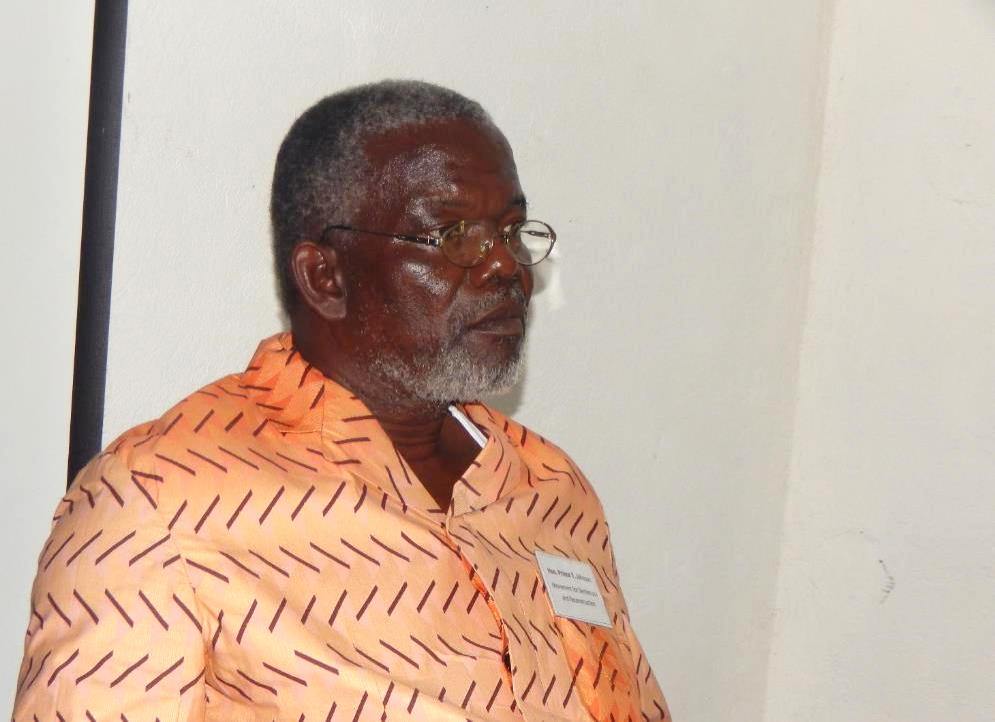 GANTA, Nimba â€“ Nimbaâ€™s Sen. Prince Johnson has again publicly weighed in on the dual citizenship debate, stressing that lawmakers should not concentrate on the issue.

The Senate has been discussing the issue, and there is a proposal to permit Liberians to keep their Liberian citizenship if they pursue citizenship in another country, with restrictions that they cannot occupy certain political positions.

However, the Nimba lawmaker is opposing any focus on the issue at this time. He has said he would rather the Senate focus on issues such as road connectivity, improving the health and education systems, and job creation. Johnson also highlighted the need for government to cater for ex-combatants and mentally ill persons he says are roaming the streets.

“I made myself clear on the floor of the Senate today,” he said in an interview with Radio Kergheamahn on May 2. “That should not be our priority right now; our priority should be roads â€“ we need to help attract investors to come to create more jobs. We need to revamp our educational system that is a mess, and we also need to revamp the health system.”

Supporters of the measure in the Senate, such as the chair of the Judiciary Committee, Sen. Varney Sherman, have noted that dual citizenship could help solve some of these problems, including facilitating investment in Liberia by making it easier to acquire and develop real property.

Sherman also called the existing citizenship laws â€œcruelâ€ and â€œinhumane,â€ especially given that many of those affected had to flee from the country during the civil war and often had to acquire citizenship to tap into opportunities in their new host countries.

Johnson said at the moment; it is useless to push for dual citizenship when it is the de facto rule. He noted that several current and former government officials carry foreign passports, including former president Ellen Johnson Sirleaf.

He also listed a number of his colleagues in the Senate who he said were American citizens, including Sen. Oscar Cooper, Sen. Milton Teahjay, and Sen. Thomas Grupee.

â€œWhat developments are they doing to the country?” he added.

Johnson said Liberians who took up citizenship in other countries had effectively denounced their country of origin. Therefore, if they wish to return, they must again reapply.

He said even though President George Weah had identified dual citizenship as a key legislative agenda, â€œwe are in the legislature; we decide what is good for our country.”