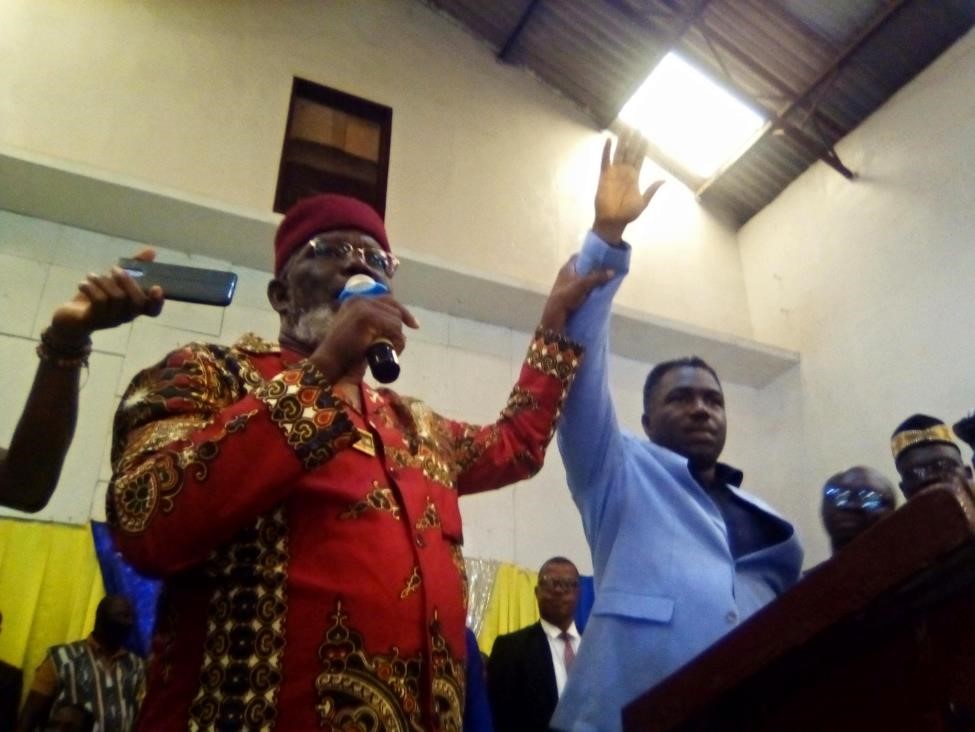 GANTA, Nimba – Less than a week after a leaked recording emerged of Sen. Prince Yormie Johnson describing the representative of Nimba’s first electoral district as a “greedy politician,” the self-proclaimed ‘godfather’ of Nimba has now pledged his support to Rep. Jeremiah Koung.

In the audio, Johnson called Koung greedy because he was elected to serve as a representative until 2023, but he is now seeking to unseat incumbent Senator Thomas Grupee.

Johnson also accused Koung, who is also the co-chair on the House’s Committee on Ways, Means, and Finance, of extorting money from heads of government agencies that appeared before the committee to defend their budget. Instead of voting for Koung, Johnson encouraged Nimba citizens to ‘eat’ the campaign money Koung was spending and reject him.

However, on August 5, Johnson participated in an elaborate endorsement program at the Ganta Methodist Gymnasium where he described Koung as a committed young man who had always considered him a big brother and father.

Referencing the biblical parable of the ten lepers, Johnson said he decided to support Koung’s senatorial bid because, of all the politicians he brought to prominence in 2011 when he established his National Union for Democratic Progress, Koung has been the most committed to him.

“Nine years ago, a group of young men came to join the NUDP that I established to contest against Madam Ellen Johnson Sirleaf,” said the Nimba senator, who is also a pastor.

“So many young men, including Jeremiah Koung, contested on my party ticket and they won their seats, even though they could not win the party’s primary and we helped them because I believe in generational change. Since 2011, all of those who came on board in the NUDP are no longer with us – only one, Hon. Koung. This man is the one leper that came back to say thank you to Jesus in the bible.”

Johnson, who has since formed another party, the Movement for Democracy and Reconstruction, says because Koung possesses attributes that the other aspirants for the Senate seat lack, he will serve as Koung’s campaign manager to ensure the representative wins the seat.

Johnson added more praises: “Rep. Koung is so respectful and honorable; he does not bad mouth his elders. He is faithful, loyal, obedient, and developmentally inclined.”

He recounted that Koung had constructed schools, markets, a hospital, and several other projects that have impacted the lives of Nimbaians.

The senator added, “[A] government alone cannot develop a country – private investment compliments [the] government’s efforts. So for our health needs, he built a huge hospital. He has built so many schools and market halls to take our women from [under] the sun. These are milestone projects because meet the needs of the people.”

One of the projects Johnson mentioned that Koung had championed, the construction of the private Esther & Jereline Koung Medical Center, raised concerns of violations of the Code of Conduct because for several years, the lawmaker ensures that the facility received hundreds of thousands of U.S. dollars from the national government through his influence on the Ways, Means, and Finance Committee. This occurred even though another much larger private hospital that served many more people, the Ganta United Methodist Hospital, established in 1926, was receiving the same appropriations annually. Amid these criticisms, Koung did transfer ownership of the hospital to the government less than a year ago. 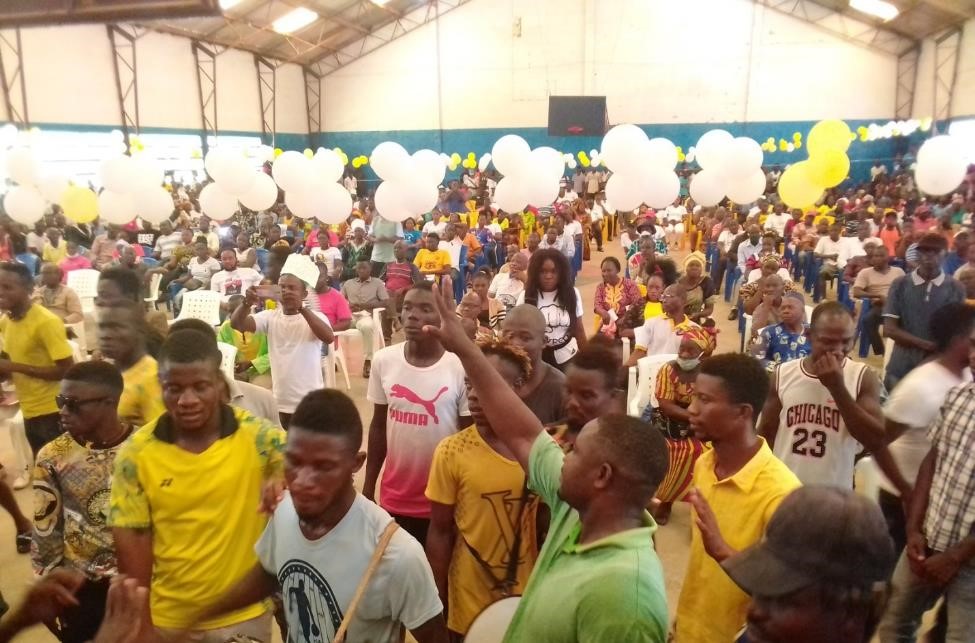 He spoke on the often recurring argument of the need to divide Nimba into multiple counties, noting that those calling for a division of the county only wanted to do so because it would make it easier for them to be elected senator.

Koung said there was no need to divide Nimba because the county might lose its influence in Liberian politics if this is done.

“We cannot divide our people before you lead them – let’s keep them together,” he said. “Our greatness is in our togetherness. If you want to divide our people to find your way to elected positions, we will say no to you.”

Koung’s endorsement by Johnson now means the ruling Coalition for Democratic Change will support his candidacy, based on a prior agreement with Sen. Johnson to support the candidate of his choice.

Johnson has long held strong influence over Nimba politics, due to the role he played during the civil war as a rebel leader. Candidates he has supported in the past have generally won elections, although his influence has been waning in recent elections.