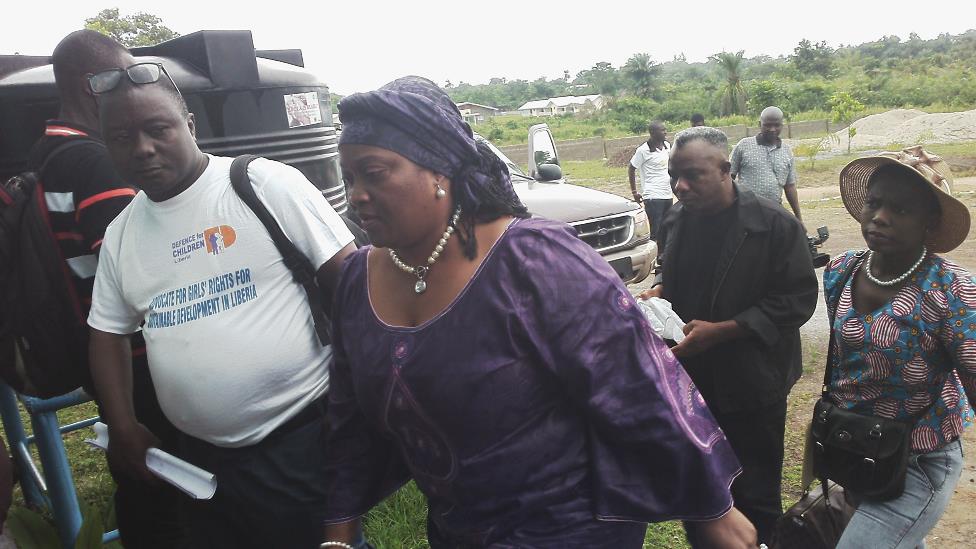 TUBMANBURG, Bomi â€“ During a weekend where Bongâ€™s Senator Jewel Howard Taylor called for the end of traditional practices that impeded access to education for girls, the head of the Bomi County Traditional Council, Chief Fakamu Samukai, has welcomed the idea to end early child marriages and promoting education for girls within his county.

Taylor called on traditional leaders and parents to desist from exposing girls to early marriages, advising parents that no amount of poverty should cause them to damage their children.

â€œIf the voices of women in this country must be stronger, we must protect our children futures,â€ Taylor added.

She also told adolescent girls to believe in themselves and their ability to transform their lives through education. Attendees at the program in Tubmanburg. Photo: Mohammed Bility

The senator was speakingÂ SaturdayÂ in Bomi County when a local girlâ€™s advocacy group,Â Defence for Girls-Liberia,Â inÂ partnershipÂ withÂ Plan LiberiaÂ launched a project to protect the rights of adolescent girls in Liberia.

The groups aimed to eliminate early marriage and stop traditional practices that interfered with the education of girls in rural parts of the country.

Samukai extended his gratitude to the two organizations for carrying out the project in his county.

â€œI support the idea,â€ he said. â€œItâ€™s good for [girls] to get big before they marry.â€

The chief said he was initially against the awareness campaign because he viewed it as an attempt to sidestep the traditional system. â€œBut, I understand it now,â€ Samukai said as he vowed to convince his colleagues from other counties who may not be supportive of the initiative.

According to a 2012 United Nations Population Fund report, 38 percent of Liberian women 20-24 years of age were married or entered into a union before they became 18 years old.

Besides advocating for the rights of girls, Taylor has been one of the voices calling for increased participation of women in Liberian politics, which she sees as important in combatting many challenges faced by women.

Taylor said even though it has been proven in other countries that empowering women can improve society for the better, womenâ€™s rights continue to be violated in Liberia.

She lamented the fact that women did not play a greater role in the legislature.

â€œWe have one hundred and three legislators in our country and we are just eleven females representing that 50 percent,â€ she said. â€œThatâ€™s too small.â€